A mobile application helping students in adjusting to their new educational institutions will be introduced in all of the member universities of the European Campus of City-Universities, or EC2U Alliance. The My Mobile Tutor application was first created to facilitate the adjustment process of new students at the University of Turku in 2018. The mobile application was launched at the EC2U Forum in Pavia, Italy on 6 April. 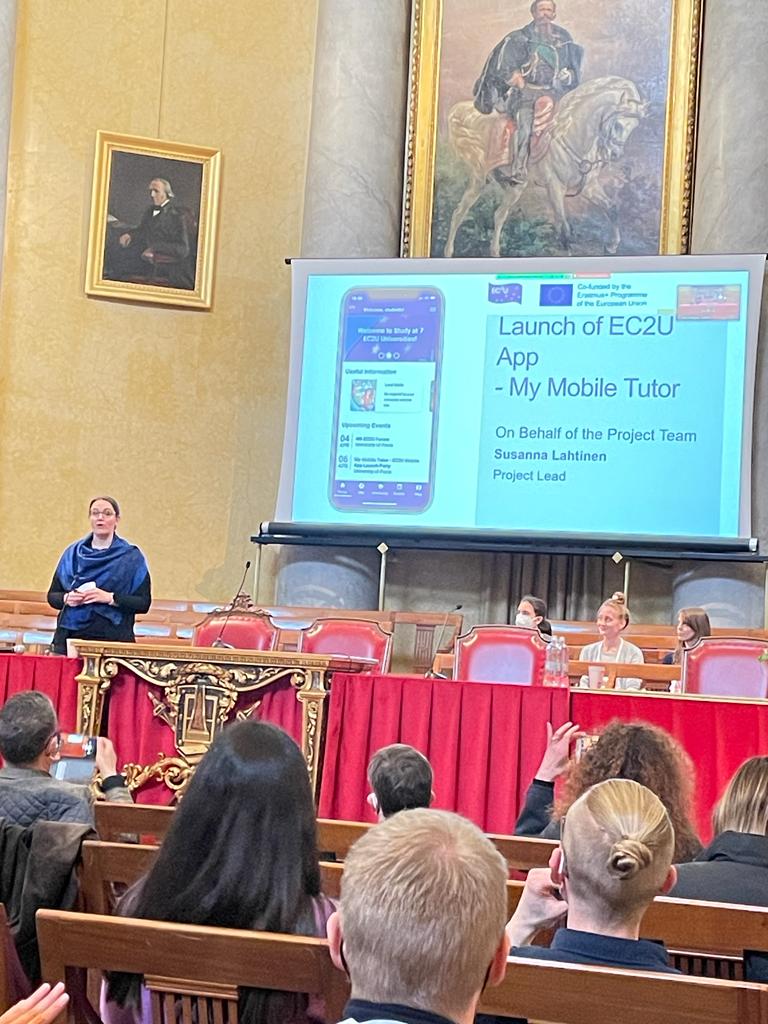 – In a year, we have created a new improved version of the application together with the EC2U Universities, that include the seven university cities.  The new, improved version of the application is now open for everyone, and not only for people with University of Turku email credentials.  Now, even a student who is only planning on applying to one of the universities or has recently been accepted can start familiarising themselves with their new place of study, well before actually relocating, says Susanna Lahtinen, CEO of CYF Digital, the company in charge of the development of My Mobile Tutor.

My Mobile Tutor provides the students with information that will facilitate their everyday lives in all of the EC2U cities, such as information about all of the universities, details about current events, maps of all of the relevant areas, and facts about the customs and culture of the country in question. The application can be used on a mobile device either by downloading it or through an Internet browser.

– Each of the universities is introduced in the app in the native language of the country as well as in English, explains Lahtinen.

The story of My Mobile Tutor first started in 2015, when a group of students at Turku School of Economics created a mobile application as a part of their entrepreneurship course. The application was then called Choose Your Future and it was developed to help refugees in adjusting to their new home towns.  The application received multiple awards, including one from a competition arranged by the United States Department of State and Facebook, the objective of which was seeking means to decrease the attractiveness of extremist organisations with the help of social media.

After the project, the group developed an application, called My Mobile Tutor, that helped students in their adjustment process. The University of Turku first procured the application for its students in 2018, and ever since then it has been available for both domestic and international students of the University.
In the new version of the application, the student has the contents of all of the seven universities at their disposal, so they can choose their current university in the app. Already when the student is planning to transfer to another university of the Alliance, they can start familiarising themselves with the life in their new home town through the My Mobile Tutor application.

>> Learn more about My Mobile Tutor