Turku Institute for Advanced Studies (TIAS) strengthens its position as a leading multidisciplinary research unit in humanities and social sciences after recruiting new researchers, ten of whom started their work at the beginning of 2019. During their three-year projects, the Institute’s researchers will conduct a diverse range of interdisciplinary, innovative and socially impactful research.

An international Call carried out in 2018 elicited 700 applications from around the world to join the TIAS research collegium at the University of Turku in 2019 and 2020. Based on expert evaluations, the TIAS Board chose 22 researchers from among the applications, with ten of them starting their three-year researcher periods at the beginning of this year.

– I have had the great pleasure of welcoming the new researchers to the inspiring multidisciplinary researcher community of TIAS. The University of Turku’s goal of creating to internationally excellent, socially impactful research is being implemented in our research collegium which has grown from an initial 10 researchers when we began in 2008 to a current total of 36 now, says Director of the Turku Institute for Advanced Studies Martin Cloonan.

The TIAS researcher community offers a natural forum for discussions crossing the borders between different disciplines and subjects as well as creating new partnerships.

– We were looking for researchers in humanities and social sciences willing to commit to innovative and pioneering interdisciplinary projects to join our community and I’m convinced that we have reached our goal, says Cloonan delightedly.

Working at the Department of Teacher Education, Miika Vuori studies the factors connected to children’s ADHD symptoms and problems with emotional regulation by following the development of children born 2008–2010 from pregnancy to first years in school in the Hospital District of Southwest Finland. The study is a part of the multidisciplinary birth cohort study of the University of Turku conducted in Southwest Finland.

ADHD is a clinical neurodevelopmental condition interfering with social functioning. Emotion dysregulation is also common in children with ADHD. Moreover, ADHD symptoms are currently the most common reason behind being directed to special health care in child psychiatry in Finland, so this is a burning topic touching many children and their families.

– In my study, I utilise Finnish registered data and the extensive survey data collected within the birth cohort study. In addition, I explore the benefits of a family-based intervention aimed at increasing families’ well-being and decreasing children’s problems of emotional regulation to families with children expressing ADHD symptoms. Also, I intend to explore the prevalence of medication use among elementary pupils in Finland. We have, for example, preliminary indications of ADHD medication being more common among children born towards the end of the year than among those born at the beginning of the year. One of the goals of my study is to produce up-to-date information for families as well as professionals in social welfare and health care as well as upbringing and education, says Vuori.

China and Japan – Inkblot Tests of US Collective Memory

Working at the John Morton Center for North American Studies, Henna-Riikka Pennanen tackles the threat perceptions of China and Japan presented by US experts during three peacetime periods from the turn of the 20th century to the present.

– My hypothesis is that threat perceptions emerge in situations in which Chinese and Japanese economic, strategic, and/or military power is considered to having been grown significantly in relation to the United States and in which the countries are believed to change the global balance of power. The threat perceptions contribute to an atmosphere in which anti-Chinese and anti-Japanese attitudes become more common. Such an atmosphere might promote discrimination, harassment, and even violence against US citizen of Chinese and Japanese origin, warns Pennanen.

According to Pennanen, the threat perceptions fuel and maintain discourse on foreign policy and security policy of China and Japan as enemies – especially when experts’ voices are heard in the US administration.

– Peter Navarro, for example, one of the most prolific proponents of the China threat theory of the past few years, is currently serving as the Assistant to the President of the United States, says Pennanen.

The threat perceptions do not always necessarily tell about China and Japan per se but the US citizens’ perceptions of their own national identity and the US as an actor in international relations.

– China and Japan have a special place in the US collective memory. They are inkblot tests upon which the US citizens can reflect their dreams and fears. The threat perceptions of China and Japan have provided a basis for a succession of interchangeable enemies, the most prominent present example being North Korea, summarises Pennanen.

Having arrived in Turku from England, Avril Tynan explores how cultural representations of fathers and paternity have been depicted in francophone literature and film. Having taught French language and culture at Royal Holloway, University of London, Tynan’s goal is to explore the mechanisms of the interrelations between society and culture during major transition times in society.

– I look at the paternal figures and the imagery of paternity and masculinity in film and literature as a construction that reflects contemporary values and needs – what is considered important in society. The evolution of paternal figures over the course of time reflects changes in collective and cultural memory, describes Tynan.

– My goal is to create new perspectives for understanding cultural memory that has emerged as a result of wars and conflicts, says Tynan. 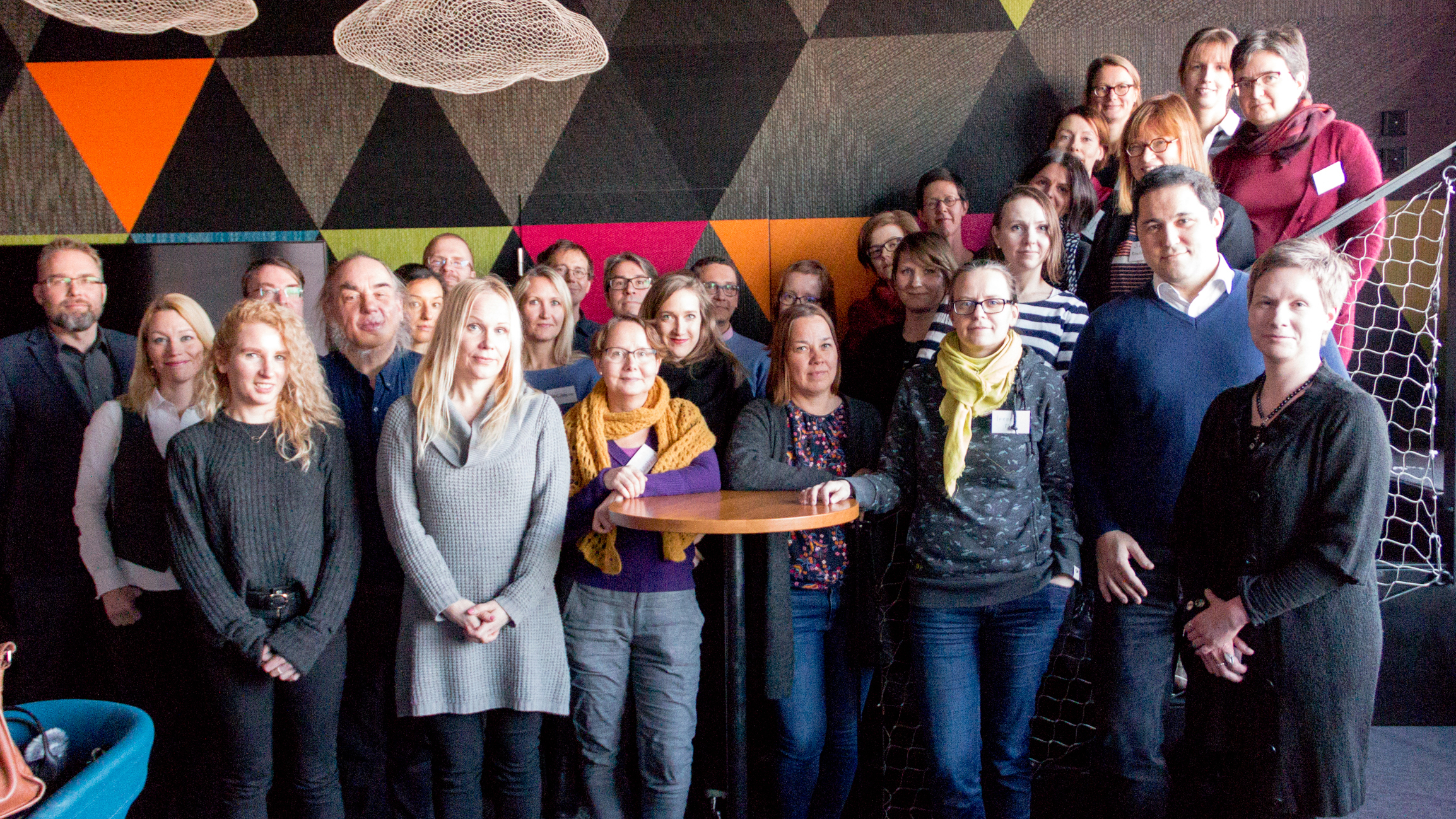 Turku Institute for Advanced Studies is a joint enterprise between the faculties of Humanities, Education, Law, and Social Sciences and Turku School of Economics that encompasses a wide variety of disciplines and research topics within the humanities and social sciences.

> All TIAS researchers on the collegium’s webpages