Researchers Managed to Prevent the Disappearing of Quantum Information

The properties of quantum mechanics can be utilised, for example, in technology and encrypting messages, but the disadvantage is the occasional disappearing of information. For the first time, a research group consisting of Finnish and Chinese scientists has found a way to fully control the information escaping the qubit. 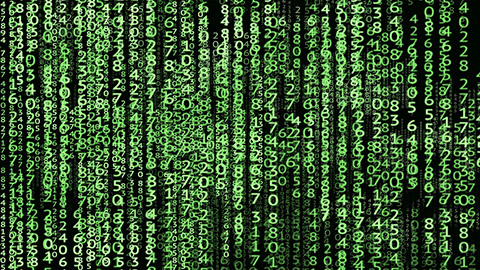 Quantum mechanics describes the behaviour of minute physical systems, such as photons. Photons are also used as the quantum-mechanical equivalents to classic bits, qubits. Quantum-mechanical properties, such as superpositions and quantum entanglement, can be utilised in technology, effective calculation, and encrypting messages.

– These properties are very fragile and usually disappear rapidly as a result of so-called decoherence and quantum noise. As a result, the information carried by the qubit leaks into the environment and disappears completely. Both in terms of basic research and technological applications, it is vital to understand how quantum information disappears, and to find ways to control the behaviour of quantum systems and prevent the disappearing of information, says University Research Fellow Jyrki Piilo from the Department of Physics and Astronomy of the University of Turku.

For the first time, the research groups of Turku Centre for Quantum Physics at the University of Turku and the University of Science and Technology of China have showed both in theory and experimentally how the information flowing from the qubit into the environment can be controlled. The groups also proved that the disappearing of quantum information can even be prevented in some cases.

– Our work is based on exploring the properties of photons and their careful control in the laboratory. In order to achieve the result, it was crucial to first theoretically understand how to create an adequate connection between the polarisation and frequency of the photon in the beginning, and then implement it in the laboratory using extremely refined and challenging experimental techniques. When the photon serving as the qubit – and its environment – has first been initialised into the right state, it is then possible to arbitrarily control how the information carried by the qubit disappears or is retrieved, and it can even be trapped or protected from disturbances, explains Professor Chuan-Feng Li from the University of Science and Technology of China.

According to Li, the results of the study are significant for basic research and developing quantum technologies.

– Individual photons can now also be used for simulating the behaviour of several other quantum-mechanical systems, including magnetic spin systems. Also, the results provide fundamental information on the behaviour of open quantum systems in different environments. Moreover, the results enable the manufacturing of artificial environments for qubits. These environments are not found elsewhere naturally, but they can be produced in the laboratory, says Piilo.

The researchers from Turku Centre for Quantum Physics at the University of Turku were responsible for the theoretical part of the study, and Professor of Theoretical Physics Sabrina Maniscalco and Doctoral Candidate Henri Lyyra participated in the study alongside Piilo. Professors Chuan-Feng Li and Guang-Can Guo from the University of Science and Technology of China were responsible for the experimental implementation of the study together with their research groups including co-first author Zhao-Di Liu.

>> The study was published in the journal Nature Communications