The Arctic Research Receives Recognition from the European Commission

The Kevo Research Station of the University of Turku is part of the INTERACT (International Network for Terrestrial Research and Monitoring in the Arctic) project, which the European Commission has defined as a success story. 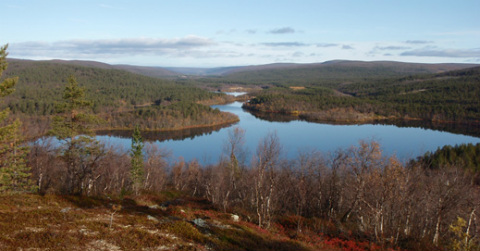 ​The Kevo research station is situated in the commune of Utsjoki, the northernmost municipality in Finnish Lapland.​

​The objective of the INTERACT project is to build capacity for identifying and documenting environmental changes in cold environments and for facilitating their prediction. Research stations through-out Artic and northern alpine regions collaborate in the EU funded project.

Success hasn´t come as a surprise to Otso Suominen, Station Manager of the Kevo Research Station.

- The project has worked well from the start. It has intensified the use of the research stations and publicized them more, Suominen says.

The Arctic research is increasingly important, because the Arctic's climate is changing faster than climate elsewhere and the economic and political interest on arctic areas are rapidly increasing. The INTERACT project offers increased opportunities for the new communities of researchers to access to Arctic research stations. Since the Arctic is vast and sparsely populated, international cooperation in environmental observation is in a key role.

- We are creating mutual codes of conduct and common standards for measurements. Interoperability of measurements and comparability of research results are of course essential, Suominen says.

- Research groups from five different countries have already visited Kevo Research Station in Lapland and we have stated new research projects together, he continues.

Transnational access program of INTERACT provides funding for travel and subsistence to 20 INTERACT research stations  for research groups from  EU countries and associate states (outside the station operating country) based on open calls for proposals reviewed  by an international expert board.

INTERACT is a multidisciplinary project and scientists from the fields of biology, geology, glaciology, permafrost, climate, ecology and biodiversity are involved. For example, researchers measure greenhouse gas, flood and ice levels and vegetation.
- We all benefit from each other´s strong areas. The Kevo Research Station has specialized in the research of tree line areas, palsas and subarctic mountain birch zone. We have also got to offer a long experience, since the research station has operated about fifty years, Suominen tells.
The four year INTERACT project will still continue for two and a half years. It belongs to the Seventh Framework Programme of the European Union and it is under the auspices of SCANNET, a network of 33 terrestrial field bases in northern Europe, Russia, US, Canada, Greenland, Iceland, the Faroe Islands and Scotland.
Additional information from INTERACT website and European Commission website