It was Turku University Library’s turn to arrange the meeting of about fifty leaders and influential background people of libraries orientated in business and economics in the conference "European Business School Librarians' Group Conference 2018: Libraries Facing the Future" in Turku 29 May –1 June. 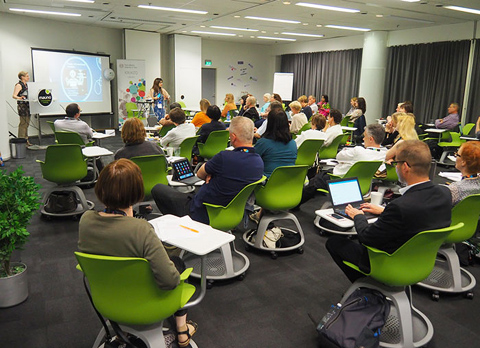 ​​The participants discussing the libraries of the future in the Manu-hall of BioCity.

​European Business School Librarians' Group is a network of the leaders of the most successful business and economics libraries in Europe. The roll of members also includes librarians and other influential background people from organizations which offer MBA and EMBA programs.

The conference, arranged annually in Europe, concentrated in Turku to the future and new role of the libraries. In the workshops led by the experts from the Finland Futures Research Centre of the Turku School of Economics the new trends which affect the commercial environment were discussed as well as the way to study and to work.

One keynote speaker of the conference was the Unesco professor of the Turku School of Economics Markku Wilenius who has, among other things, studied the strategic anticipation of organizations and the role of culture in the society and in economy.

Library Director Ulla Nygrén thinks that the themes of the conference are extremely current:

–It is important to consider what the task and role of the libraries is in the digitized studying and teaching environments.

Open science is in focus

What is objective is that in the future there would be an education path of data management in the university beginning at the stage of basic studies and continuing through the doctor education even as far as the post doc -stage.

–We want to make sure that the essential skills of data management will be taught at the right time supporting studies and research, Kokkinen and Rantasaari crystallized.

The assistant professor of Hanken, Mikael Laakso, took a point of view which concentrates more closely on the economics journals. In his presentation, Laakso demonstrated the present state of the open access publishing and the alternative ways of operating in the future. 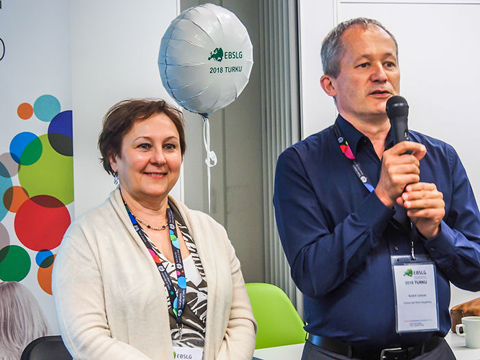