Aboagora – Between Arts and Sciences is an annual symposium, bringing together various aspects of academia, the arts, and society. This year, Aboagora dives into the world of water. The Symposium will be held both at the Sibelius Museum as well as online on 19–21 August, 2020. Registration opens on 15 June.

This year, because of COVID-19, the tenth Aboagora Symposium at the Sibelius Museum on 19–21 August is going to adopt a new, hybrid form: parts of the programme at the museum will be conducted online.

– The whole event will be live streamed and recorded so it is safe to follow the Symposium from your office, sofa, or even from the pier, surrounded by water, describes Liisa Lalu, coordinator of Aboagora.

Between land and sea

Aboagora continues the five-year thematic plan “The Five Rings”, referring to The Book of Five Rings (五輪書, Go Rin no Sho) written by Japanese philosopher Miyamoto Musashi (宮本 武蔵, c. 1584–June 13, 1645). Musashi's book about the art of swordmanship, kenjutsu, extends towards a philosophy of life. It is divided into five parts, each examining a different element of battle: Earth, Water, Wind, Fire, and the Void – elements also represented in various Eastern religions.

– The aim of the conference series is to trigger new ideas about sciences, natural sciences, and the arts, through elemental thinking, explains Kimi Kärki, member of the Aboagora team and Research Fellow at the International Institute for Popular Culture (IIPC).

Moving on from the concrete and heavy element of Earth, Aboagora 2020 wishes to examine the liquid element of Water. This year’s presentations will explore underwater ecosystems, human/shark entanglements, historical water systems and infrastructures as well as ancient sea sprites and mythologies – and much more.

Keynote speakers from around the globe, workshops and music

Aboagora consists of keynote lectures, workshops, and artistic interventions. The first keynote speaker of 2020 is Professor Janet M. Davis (University of Texas at Austin), who examines the relationship between humans and sharks under the title “Sharkmania: A Cultural History”. The second keynote speaker, director and producer Marko Röhr, takes the the audience on a visual journey into the Arctic Waters.

The final Symposium day will begin with Professor Carola Hein (Delft University of Technology) accompanied by the architect, educator, and researcher Negar Sanaan Bensi (TU Delf) and the urban designer, teacher, and researcher Jens Jorritsma, who will explore how water has served and sustained societies throughout human history. The Symposium culminates in a conversation between David Grossman, an internationally awarded Israeli author, and Natalie Lantz, a translator and doctoral candidate in Hebrew Bible (Uppsala University), about Grossman’s new novel “Med mig leker livet” (אתי החיים משחק הרבה), “Life Plays with Me”.

During the workshops, the audience gets closer acquainted with the Aura river of Turku and the Baltic Sea as well as with the Island of Seili from an archaeobiological, historical, and artistic perspective. The audience will also be treated to water-inspired music and an abridged digital version of the piece “The Art of Swimming” by the playwright and dramaturg Lynda Radley, specially created for the Symposium. The piece narrates the life of Mercedes Gleitze, who was the first woman to swim across the English Channel in 1927, at the age of only 26.

See the programme and registration for Aboagora 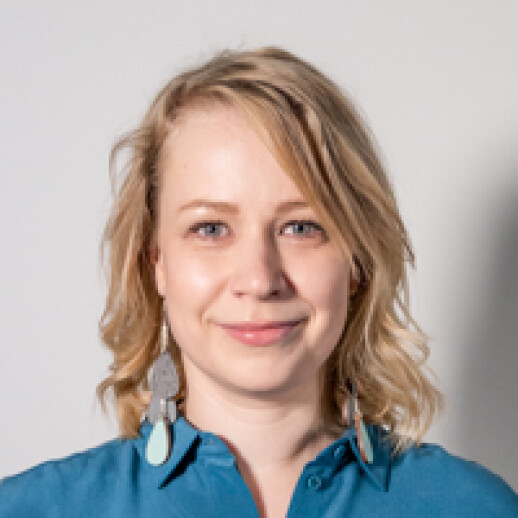