Together with Turku Science Park, the University of Turku organised a networking event at the Visitor and Innovation Centre Joki. The Vice President of Namibia participated in the event that showcased the activities of the higher education institutions, businesses and organisations in Turku. The participants also discussed future collaboration between Finland and Namibia.

The University of Turku and Turku Science Park organised a networking event for the Namibian guests and regional interest groups at the Visitor and Innovation Centre Joki on Tuesday, 10 September 2019. Vice President of Namibia Nangolo Mbumba also attended the event. 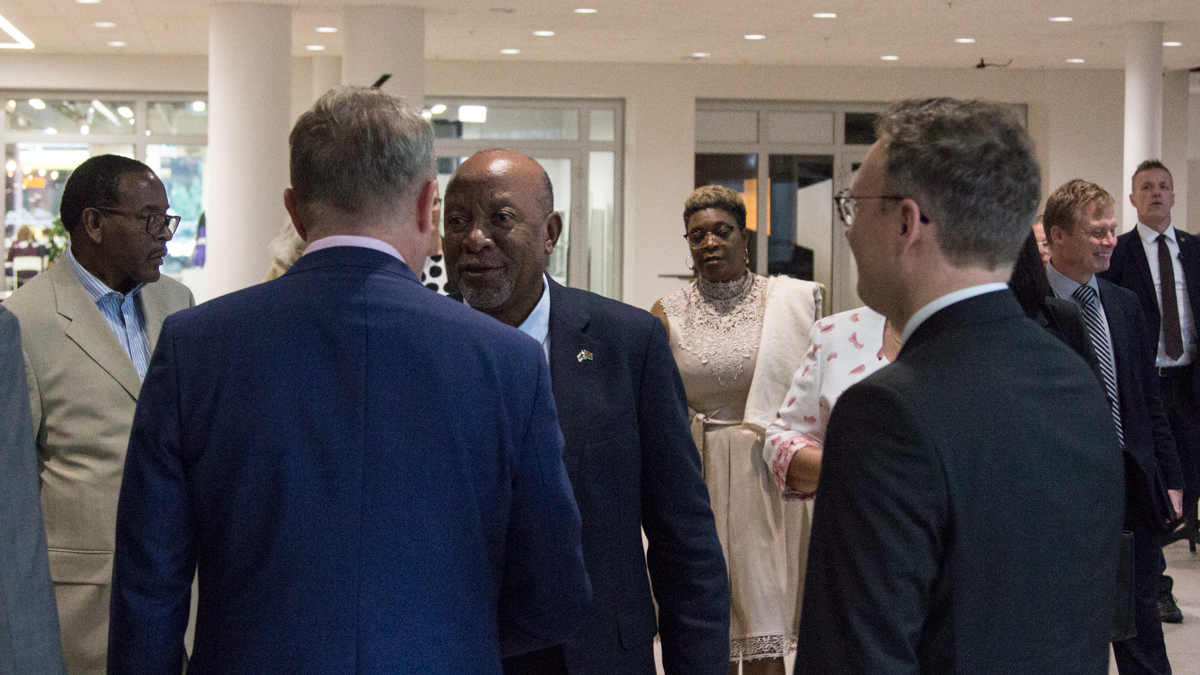 Rector Kola presented the University and its collaboration projects in Namibia to the guests. The UNAM collaboration focuses on the fields of geography, medicine, and dentistry as well as maritime studies. 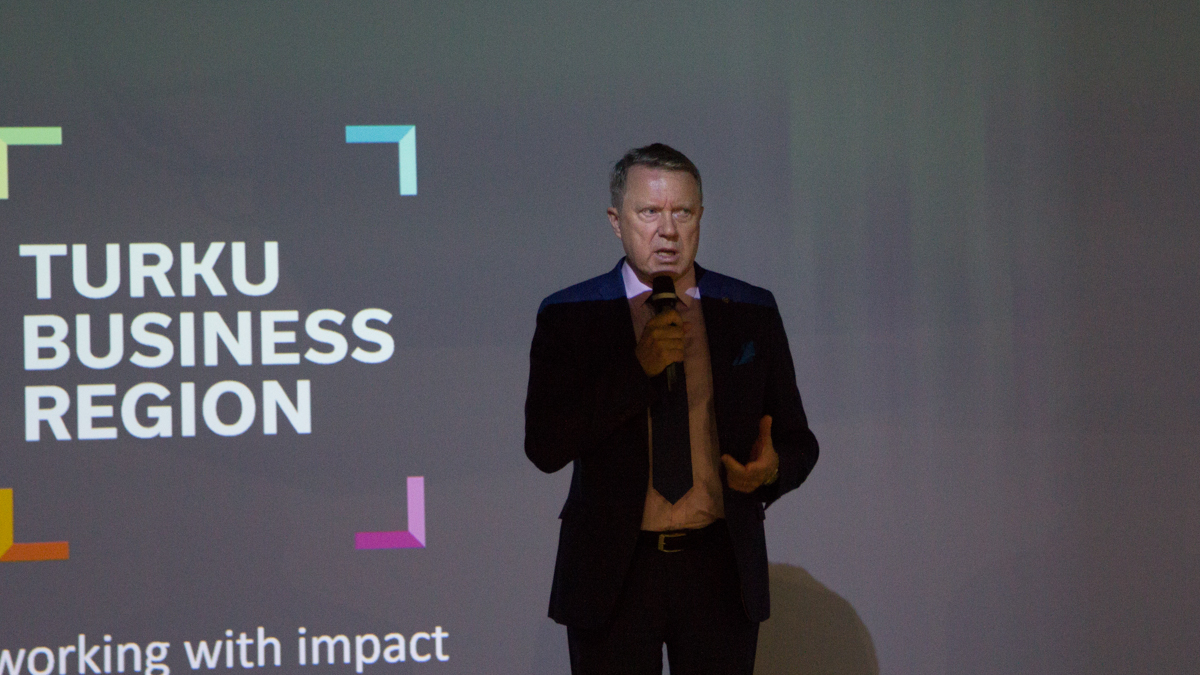 – There’s already a great deal of collaboration between Finland and Namibia and the same applies to the Universities of Turku and Namibia. We have many ongoing joint ventures and in the future we will collaborate even more closely, said Kola.

In his presentation, Rector Kola referred to, for example, the Carbon Garden initiative of the Universities of Turku and Namibia, which was presented in more detail by Departmental Coordinator Sanna Huttunen from the Biodiversity Unit of the University of Turku. The goal of Carbon Garden is to plant a large tree area in Namibia that will be irrigated using desalinated sea water or groundwater. For the desalination process, a water purification method functioning with solar energy will be used.

Several other projects with UNAM are under way. The Namibia Finland Research Academy Project, a mentoring programme for Namibian researchers, is currently under development and a degree programme in software engineering was established at UNAM. The joint history of Namibia and Finland is studied in a new research project, and the Khomasdal campus of UNAM and Rauma campus of the University of Turku are launching co-operation in teacher training and early childhood education.

The event was concluded with a panel discussion on collaborative initiatives between Finland and Namibia. The chair of the panel was the Ambassador of the Republic of Namibia to Finland, Mr Bonny Haufiku. Other higher education institutions in Turku as well as Turku Chamber of Commerce and some regional businesses presented their activities. Mayor of Turku Minna Arve hosted a lunch after the networking event.

University of Turku and UN Economic Commission for Africa to Collaborate in Advancing Education, Research and Innovations in Africa