History of the JMC

Founding of the JMC

In August 2012, Rector Kalervo Väänänen of the University of Turku set up a task force, led by Professor Emeritus Keijo Virtanen, to plan the organization and funding of a “United States Institute.” The committee conducted its work from August 7, 2012 to May 31, 2013. Their final report concluded that, while there was North American Studies conducted at universities in Finland, the field was fragmented and there was need for a national institute that would cater for the research, teaching, and public debate on North American Studies. Consequently, the committee recommended that an institute named the John Morton Center for North American Studies be established at the University of Turku. The Center is named after John Morton, a politician of Finnish descent, who was one of the signatories to the Declaration of Independence of the United States in 1776. Funding for the first three years of the Center was received from the University of Turku, the Turku University Foundation, and the City of Turku.

In January 2014, Rector Väänänen appointed Dr. Benita Heiskanen as Director of the Center and Dr. Johanna Leinonen was employed as Research Coordinator. The John Morton Center for North American Studies began its activities on February 1, 2014. The members of the JMC's advisory Council for 2014-2016 were appointed during 2014.

Ambassador Jukka Valtasaari (The League of the Finnish American Societies)

Who Was John Morton? 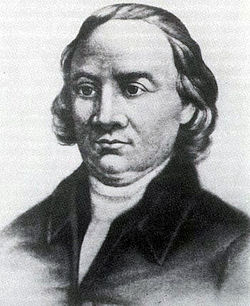 One of the signatories to the Declaration of Independence of the United States in 1776 was John Morton (1724-1777).  He was descended from settlers who had moved to Sweden from Finland (at that time a Swedish province) in the 1500s and 1600s, to work as slash-and-burn laborers in the forest. Over ten thousand Finns, the majority of them from the Savo region, settled during that period in the forests of central Sweden, and later also spread over the border into Norway. In 1653, one of these settlers, John Morton’s great-grandfather Mårten Mårtensson, left to join the colony of New Sweden (Nya Sverige) on the Delaware River.  Over half of the Swedish subjects who settled in New Sweden came from this Finnish ethnic background.

In the mid-1700s, John Morton emerged as one of the leading political figures in Pennsylvania, into which New Sweden had been absorbed in the later 1600s. He died in 1777, the year following the Declaration of Independence, still relatively young, but with a distinguished career behind him in many positions of public responsibility.

Thus John Morton became in 1776 one of the Founding Fathers of the United States. In recent years, there has been a renewal of interest in these men. In addition to his influential standing in Pennsylvania, where he served in many positions in local government, for example in the judicial and revenue departments, Morton also served as the Chairman of the Continental Congress committee charged with drafting the constitution for the new country; but as a consequence of his early death, he has been largely overshadowed by such prominent contemporary figures as Benjamin Franklin.

In advance of the Continental Congress, when Pennsylvania’s representatives gathered to decide on the colony’s position, the voting was evenly divided, and it was John Morton’s vote which decided the outcome in favor of  independence. It is known that he had not initially been a strong supporter of independence, and had carefully deliberated on the potentially serious consequences of the Declaration before deciding to cast his vote in favor.