Docent Ilari E. Sääksjärvi is the Scientist of the Year

The Finnish Union of University Researchers and Teachers (FUURT) has chosen Docent Ilari E. Sääksjärvi from the University of Turku as the Scientist of the Year. 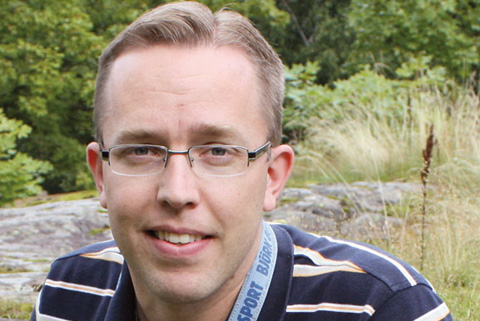 ​From the year 2010, Sääksjärvi (36), has worked as the Head Curator and director of the Zoological Museum of the University of Turku.

FUURT emphasizes in their criteria that Sääksjärvi is an exemplary scientist. All of the key tasks of the university can be seen beautifully in his work: research, teaching and social influencing.

Sääksjärvi is a biologist who, in addition to research, writes and teaches. He has numerous administrative tasks as well as confidential posts. From the beginning of August, he has acted as the vice-head of University of Turku’s Department of Biology. Sääksjärvi has been a member of the board of directors of the Finnish Museum of Natural History since 2009. He has also been on the editorial council of the Luonnon tutkija magazine since 2007.

Sääksjärvi has annually about 150–200 teaching hours and he tutors several basic and post graduate degree students. Biology students of the University of Turku have voted Sääksjärvi as the Teacher of the Year four times.

Productive Researcher and Popularizer of Science

Ilari Sääksjärvi defended his doctoral thesis on zoology at the University of Turku in 2003.  The subject of his PhD-thesis was the diversity of Peruvian Amazonian insects. His present research themes include the diversity of parasitoid wasps and tropical entomology. He has written about 27 international scientific articles and numerous popularized articles to Finnish magazines. In 2008, he received the Risto Tuomikoski Biological Taxonomy Fund.
Docent Sääksjärvi has written several popularized non-fiction books about the diversity of nature and one children’s book about rainforests. For his merits as an accomplished science popularizer he has received, for example, Kone Foundation’s award for Vuoden Tiedekynä ("science pen of the year") in 2011.
Sääksjärvi has been a popular lecturer in the University of Turku’s annual Children’s University activity. He has also taken part to the Children’s University’s science camps.
The Scientist of the Year award was announced on 11th Semptember 2012 in the Young Researchers’ Club meeting in Oulu.
TK
Created 10.12.2012 | Updated 07.06.2018