Professor Martin Thrupp spoke at the Department of Education about a New Zealand primary school assessment policy called National Standards which was first announced in 2007 and was expected to improve the achievement of children. According to Thrupp, the policy has been a failure in many ways. 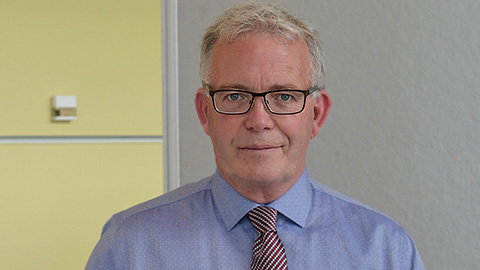 ​Martin Thrupp, the Head of Te Whiringa School of Educational Leadership and Policy at the University of Waikato in New Zealand, was visiting Finland as part a research project Hollowing Out of Public Education Systems? Private Actors in Compulsory Schooling in Finland, Sweden and New Zealand (HOPES) funded by Academy of Finland (1 Sep 2017 – 31 July 2021) at Centre for Research on Lifelong Learning and Education CELE, University of Turku.

There have been many problems with the policy and Thrupp believes the National Standards policy provides a great case study of what happens when a policy becomes too led by politics rather than being properly research-informed.

- There is a cherry-picking of international advice and local research evidence gets ignored, Professor Thrupp says.

- Teachers and principals are still mostly against this policy, but of course over time it has been easier to just try to find a way to make it work. However the policy creates a lot of assessment work for teachers that could be used for better teaching and learning purposes.

In some schools it has caused a narrowing of the curriculum towards reading, writing and mathematics, and towards assessment activities in these areas.

Thrupp also pointed out that the situation under the previous government was more like Finland, with a high level of collaboration between policymakers and practitioners. He suggests the case of New Zealand’s National Standards shows how much a change of political direction can affect policy-making processes. 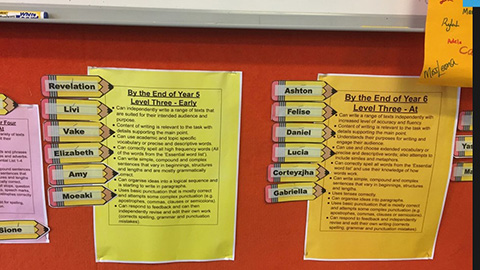 Teachers protesting against the National Standards in 2010. They are silently holding up signs during a talk by the Minister of Education. The signs say ‘STOP. Listen. Fix the flawed Standards’. (Photo credit: NZEI, New Zealand teacher union).

The talk was based on Thrupp’s book ‘The Search for Better Educational Standards: A Cautionary Tale’ which has just been published by Springer. The book offers an unusually worked-through account of a policy from political origins through design to enactment in schools. It provides a cautionary tale for policy makers and students in all areas of social policy.