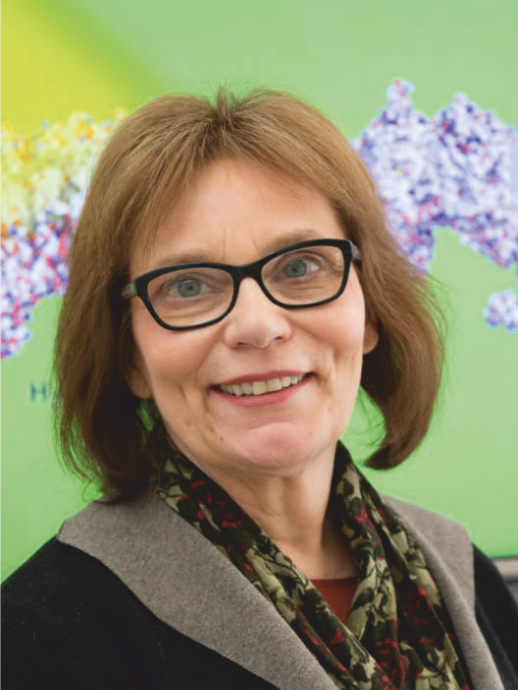 Eva-Mari Aro is a research director and professor (emeritus) of Molecular Plant Biology in the Department of Life Technologies at the University of Turku. She received the honorary title of Academician of Science in 2017 and was awarded as Commander First Class of the Order of the Lion of Finland (Suomen Leijonan I luokan komentajamerkki) in 2019. In 2018 Aro was elected as foreign fellow to the US National Academy of Sciences (NAS). She is a member of the Finnish Technical Sciences Academy (2012) and the Finnish Academy of Science and Letters (2002), and an honorary doctor of University of Helsinki (2014) and Umeå University (2012) as well as an honorary professor of the Chinese Academy of Science (2006).

Aro currently chairs a project “Opportunities of Finnish Molecular Photosynthesis Research” and co-chairs a Nordic CoE “NordAqua” project (2017-2022) with nine other partners from Nordic counties. Aro has chaired two Academy of Finland Centres of Excellence (AFCoE): “Integrative photosynthesis, bioactive compound and biohydrogen research” (2008-2013) and “Molecular biology of primary producers” (2014-2019) and was awarded an Academy of Finland Professorship for the years 1998-2008 and 2014-2019. Aro has been a partner and coordinator of several EU and Nordic research networks, and she is also a foreign partner of an Australian CoE (ARC) on Plant Energy Biology (2014-2021).

Aro has had many research- and science policy-related national and international duties of trust. She has served the European Academies of Sciences Advisory Council (EASAC)since 2014, first as a board member and 2017-2019 as a vice-president. Aro also served the Finnish Academy of Science and Letters 2010-2015, first as a board member, then as a vice president and president, and acted during 2004-2010 as a board member, president and past president of the International Society of Photosynthesis Research. She was a founding partner of EU funded CSA initiative “SUNRISE: Solar Energy for a Circular Economy” (https://sunriseaction.com/, EU R&T Roadmap 2019) and currently serves as a Finnish contact for SunERGY EU CSA (https://www.sunergy-initiative.eu) in promotion of emerging biotechnologies for industrial applications. She has served in the board/search committee for big European prizes, the Millenium Prize and the Körber European Science Prize.

Our basic research focuses on regulation of photosynthesis, which is intimately linked with plant stress responses and signalling cascades to regulate nuclear gene expression. Particular emphasis is also put on evolutionary aspects of regulation of thylakoid light harvesting and energy conversion systems. A diverse set of photoautotrophic oxygen evolving organisms, from cyanobacteria, green algae Chlamydomonas reinhardtii and diatoms to a moss Physcomitrella patens and ferns as well as to the model higher plants Arabidopsis thaliana and spruce, are used in our research. We aim at understanding (i) the mechanisms and dynamic regulation of the rapid photophysical and photochemical processes of the light energy capture and the photosynthetic electron transfer, (ii) how the structure and organisation of the thylakoid protein complexes dynamically respond to environmental changes, and (iii) how the signals originating from the photosynthetic apparatus relay information to the nuclear genome for regulation of gene expression and subsequent acclimation of the photosynthetic organism to changing environmental conditions. Likewise (iv) the evolution of thylakoid regulatory mechanisms, with special emphasis on the replacement of the cyanobacterial flavodiiron proteins with other regulatory mechanisms in higher plants, is investigated to understand how it was possible for photosynthetic organisms to move from oceans to the land.

Our applied research focuses on replacement of fossil raw materials and aims at production of carbon-neutral biosolarfuels and chemicals using cyanobacteria as a production chassis. In the synthetic biology program, we aim at production of fuels and chemicals with high photon conversion efficiency, significantly higher compared to natural pathways. The main goal is economically viable conversion of solar energy to a fuel using inexhaustible raw materials: sunlight, water and CO2. Applied research is intimately integrated with our basic research and comprises the designing, engineering and optimisation of light harvesting, electron transfer and metabolic pathways.