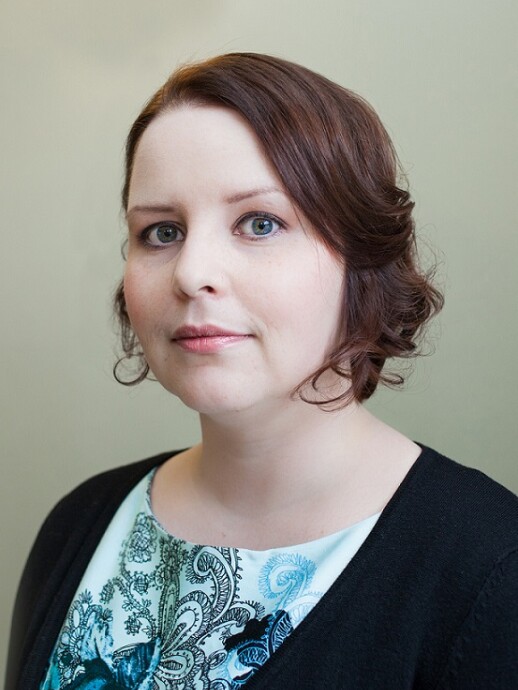 Mari-Liisa Varila (PhD, University of Turku 2016) is a university teacher (junior lecturer) at the Department of English (since 2018). She has previously worked as a postdoctoral researcher, doctoral researcher, and academic assistant at the University of Turku and as a part-time teacher at Åbo Akademi University. She has also spent time in the UK as a visiting scholar (Visiting Scholar, Queen Mary University of London, School of English and Drama, Sep to Nov 2017; Sassoon Visiting Fellow, Bodleian Libraries, Oxford, May 2018). During the academic year 2021-22, she works as a postdoctoral researcher in the Early Modern Graphic Literacies project (PI Matti Peikola) funded by the Academy of Finland 2021-25.

Varila's research focuses on late medieval and early modern English text and book production. She is interested in the linguistic, textual, material and visual practices of scribes, printers, and compilers. She approaches this topic from a philological perspective, combining methods from historical discourse linguistics and book studies to study early texts in context.

Varila's PhD dissertation (2016) focuses on a group of three mid-sixteenth-century English scientific manuscripts. In it, she examines scribal practices and patterns of textual transmission in connection to scientific writing, taking into account codicological, palaeographical, textual, and linguistic evidence. Building on her findings regarding the interaction between manuscript and print in the sixteenth century, she has recently undertaken a new project in which she explores transmission of text from print to manuscript in early modern England. She also works as a postdoctoral researcher in the Early Modern Graphic Literacies project (PI Matti Peikola, funded by the Academy of Finland 2021-25), developing a model for classifying early printed graphic devices and investigating the use of graphic devices in early modern medical writing.

Promotional conventions on English title-pages up to 1550: Modifiers of time, scope and quality (2019)

Disciplinary decoding: Towards understanding the language of visual and material features (2017)