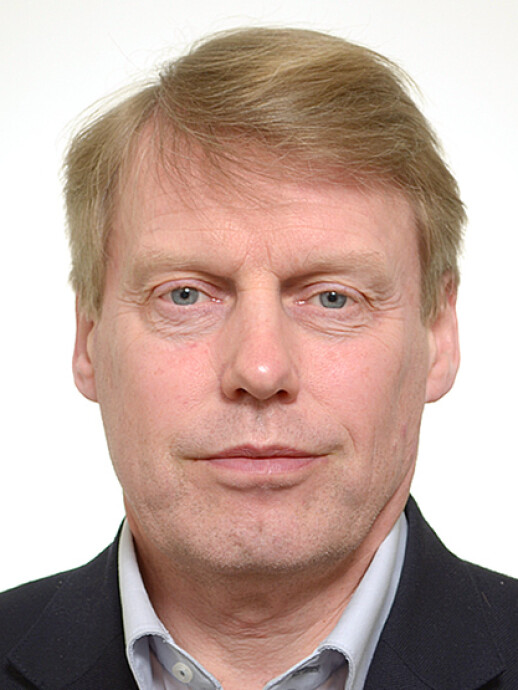 To my basic professional training I am a medical doctor. After having initially worked in primary health care and occupational health care I realized that patients also frequently came to an appointment in matters that were not strictly medical but also connected to their present situation in life. I wanted to strengthen my professional readiness to encounter such patients which initiated my interest towards health promotion and research within that field. I competed my thesis in Public Health in 1993 at the University of Turku and worked at that time as full-time researcher at the Åbo Akademi University. The thesis was based on the sociological theory of Salutogenesis introduced in 1979 by Aaron Antonovsky. Contrary to many other theoretical approaches, the theory of Salutogenesis is more oriented towards causes of health than illness. Even today, I find this reversed approach theoretically and empirically both interesting and positively challenging.

Of my previous employers I would like to mention Folkhälsan Research Center in Helsinki where I worked as part-time Senior Researcher and Research Director in the late nineties and for the approximately next 15 years. During that period I widened my research towards Public Health Management and as a special topic towards health differentials of the Finnish and Swedish speaking population in Finland and potential explanations to the latter phenomenon. I am not focused on the topic of health differentials mentioned of pure interest as such but more due to the fact that results within that field can lead to effective innovative methods of health promotion in general which we presently are in great need of. I am still affiliated to and collaborate with senior researchers at that very same institution.

Gradually I also enlarged my research interest to encompass health of children and adolescents, much in collaboration with senior researchers or doctoral students of the Finnish Family Competence (FFC) Study. I have also made studies on work strain and health, mostly in collaboration with the Individual Participant Data (IPD) consortium and as co-PI of the on-going Health and Social Support (HeSSup) prospective Finnish cohort study.

In the first decade of this millenium I worked a few years at various intervals with health care supervision as Provincial Medical Officer and Head of the Department at the concurrent State Provincial Office of Western Finland. Even during that time I continued my research outside ordinary working hours.

In 2012 I was appointed Professor of Public Health at the Nordic School of Public Health, NHV and was appointed Dean for that same Institution during its two last years before closure which took place end of December 2014. NHV was initated in 1953 and was run by the Nordic Council of Ministries. It offered complementary professional and research training to health and social care professionals from predominantly Nordic countries.

I initiated my work as an academic teacher of mainly pre-graduate medical and dentistry students late in 1985 as lecturer at the Department of Public Health of the University of Turku. First, I mainly taught clinical aspects of social medicine by leading group discussions. I also gave lectures to small groups dealing with a concurrent healthcare reform in Finland. Additionally I gave university lectures to a larger audience in health sociology and concurrent public health problems and their determinants and somewhat later, also in health promotion including more theoretical aspects of that field.

Later I have given lectures to pre-graduate students of the medical faculty in basic epidemiology and taught in small groups health promotion, basics of social security and legislation connected to it, management and leadership of health care and legislation connected to it and behavioral medicine as an elective course. I have given lectures to both scientific and professional post-graduate students in epidemiology and study design, methodology in survey research, scientific publication types, critical reading of scientific literature and in management and leadership of health care. I still teach almost all the topics mentioned in this section both at the University of Turku and the University of Skövde, Sweden.

Since public health comprises only a small part of the whole curriculum a central learning aim of teaching public health or related disciplines, among them health sociology, is to keep up students' interest towards the field. As a response to this in the reformed curriculum of health promotion the pre-graduate students plan and carry out a minor project of health promotion in small groups are not offered that much new theoretical knowledge of this discipline. Additionally, abundant use of practical examples and problem based learning (PBL) represent methods by which the student's motivation can be maintained and even strengthened.

I have been author or co-author to six textbook chapters.

Both sample lessons related to my Title of docent were evaluated as excellent. During the years 2008-2013 I was vice-director of the Postgraduate School of Clinical Research at the University of Turku. Presently I am member of the Board of the Clinical Doctoral Programme of the University of Turku. Since 2005 I have been and still am chair of the training committee for postgraduate clinical training. Since August 2017 I am chair of the planning committee for initiation of evaluative research of the extensive reform (Sote) for integration of Health Care and Social Welfare Service in Finland. Concomitantly I was appointed member of the planning committee of post-graduate training preparing for the upcoming Sote reform.

My research represents two principal areas, first Behavioral Medicine and in that discipline particularly studies on Salutogenesis, and later on work strain, health of ethnic minorities and of children and adolescents. From the late nineties my research also included Public Health Management Research, i.e. studies of leadership, management and function of health care. A general goal in my research is to develop innovative and effective methods that could be applied in health promotion.

In my studies of Salutogenesis I have studied sense of coherence (SOC), a central concept of this theory and its association with health (Antonovsky 1979). SOC could be characterized as a life orientation that can theoretically be broken down into three sub-components, comprehensibility, manageability, and meaningfulness. The central theoretical contribution the framework of Salutogenesis makes is the combination of societal as well as personal factors that might influence health by sociological mechanisms. Another cornerstone of Antonovsky’s theory is its orientation towards causes of health rather than illness. One could condense the main empirical results as indicating that there is an independent positive association of strong SOC with good health which cannot totally be attributed to obvious mechanisms as for instance health behaviour. On the other hand, the remaining central question is how this knowledge could be transferred into practical health promotion. We know how SOC roughly is distributed in the population, e.g. individuals who are socio-economically well off show in average a stronger SOC but this does not reveal whether it is possible with some kinds of interventions to strengthen SOC. This kind of approach might be useful in many concurrent public health problems.

Hence, in close collaboration with PhD Salla-Maarit Volanen I was engaged in initiating the study ‘Healthy Learning Mind - How to build resilience against stress and its health consequences? ISRCTN 18642659’ at the Folkhälsan Research Center and the concurrent Department of Public Health of the University of Helsinki. The research personnel comprises of one full-time researcher and a number of other part-time experts and study assistants. The  comprehensive aim in this randomized controlled trial is to find out the potential of mindfulness (MF) practices in strengthening children’s internal resources that support learning, mental health, and well-being at school and in general. Broader secondary outcomes include students’ attention, peer relationships, health behaviour, school social climate, MF skills, and teachers’ well-being at work.

Another central data set I concurrently work with as Senior Researcher and co-PI is the Finnish ongoing prospective Health and Social Support (HeSSup, initial sample N= 64 000) mail survey data which has with adequate authority consent been linked to national registries on morbidity and mortality. The data (http://www.uta.fi/med/tutkimus/tutkimusryhmat/yleislaaketiede/tutkimus/hessup.html) is concurrently especially used for research of the association between work strain and health and in studies of health and welfare differences of the Swedish and Finnish speakers of Finland.

Residential greenness and risks of depression: Longitudinal associations with different greenness indicators and spatial scales in a Finnish population cohort (2022)

Prevalent migraine as a predictor of incident hypertension (2022)

Association of alcohol use with years lived without major chronic diseases: A multicohort study from the IPD-Work consortium and UK Biobank (2022)