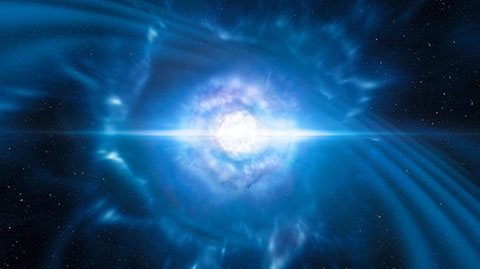 ​The researchers were able to measure the light emitted by the gravitational wave event with the telescopes of the European Southern Observatory (ESO) in Chile. The discovery of the international research group was published in the journal Nature. The research led by the Queen's University Belfast involved over 100 scientists, four of whom were from the Tuorla Observatory of the Department of Physics and Astronomy and the Finnish Centre for Astronomy with ESO of the University of Turku.

– The extensive research network had sufficient number of telescopes at their disposal and also some good timing, says Erkki Kankare, who conducted his doctorate at the University of Turku and is now working at the Queen’s University Belfast. Kankare had a significant role in the research group that made the discovery, in analysing the observed image data.

– The observations showed that the event indeed involved neutron stars, says Professor Seppo Mattila from the University of Turku. Neutron stars are the densest objects in the Universe and they are created when massive stars with a solar mass higher than eight reach their end in supernovae. The core of the star collapses into an extremely dense neutron star while the outer layers are expelled into the surrounding space.

It has been believed that neutron star collisions, known as kilonovae, disperse heavy elements such as gold and platinum throughout the Universe. Kilonovae were suggested more than 30 years ago, but this marks the first confirmed observation that proves the theory on kilonovae. The observations showed that elements heavier than iron are created in the nuclear reaction of these kinds of extremely dense objects, which is known as the r-process nucleosynthesis.

The collision of the neutron stars was observed at approximately 130 million light-years from Earth. This makes the source the closest gravitational wave event detected so far.