Universities across the U.S. are being obliged by state laws to allow concealed handguns on campus. Researcher Albion M. Butters writes how the John Morton Center examines this issue at The University of Texas at Austin.

In recent years, the debate on guns in the United States has grown increasingly polarized. Even as school shootings are more and more commonplace, certain states have chosen to relax gun laws in line with the Second Amendment right of the people to keep and bear arms.

In 2015, Texas passed a so-called “Campus Carry” law, which allows anyone 21 or older with the proper license to bring a concealed handgun on public university premises—to the library, to the student union, to class. How have students, faculty, and staff reacted to this dramatic change in the academic environment?

The John Morton Center (JMC) for North American Studies at the University of Turku, supported by a four-year Academy of Finland grant, has been examining exactly this question at The University of Texas at Austin through multi-methods research, most recently with a representative survey of undergraduates.

Although Texas has a strong gun culture, educational institutions in the U.S. have their own legacy of being at an idyllic remove from the rest of society. The majority of those on campus (71% of undergrads) opposed the new law—thousands of students demonstrated and professors filed a lawsuit against the University that guns in the classroom created a “chilling effect,” limiting their ability to teach on potentially controversial subjects. Meanwhile, those carrying guns on campus did not advertise the fact. Nor could they, for to do so would mean breaking the terms of concealment, for example, keeping the handgun hidden, either on one’s person or under one’s control, like in a backpack.

After visiting UT Austin in spring 2018 to interview those on both sides of the issue—professors, activists, and licensed holders—the JMC’s multidisciplinary research team learned how complex the issue really is. Tensions simmered under the surface, and interviewees clearly appreciated being able to share their thoughts on an important issue that touches them every day.

The Tower building on The University of Texas campus. Photo: Albion M. Butters

Against the backdrop of UT’s iconic Tower, the main administration building from which a sniper killed 14 people in 1966, the University has seen several murders on campus in recent years. Many expressed strong fears, mixed with a previous history of violence or intersectionality of race, gender, and/or sexual orientation. Others, such as Texans who grew up in a family with firearms, do not have an issue with the policy. Both opponents and supporters of Campus Carry were concerned about their security in the case of a potential shooter event, but their ideas of who that shooter might be were clearly different.

The following spring, the JMC team returned to UT Austin once more in order to conduct quantitative research and gain stronger data on the sentiments of the campus at large. Focusing in particular on the undergraduate community, a survey directed at 1200+ students in two dozen classes provided a sense of the gravity of the issue: 72% of the respondents considered the matter important. However, it is equally significant that 25% of undergraduates did not consider it important at all!

The survey also revealed the fundamental level of approval for the law: a quarter of undergraduates support Campus Carry (24%) and are comfortable with the presence of concealed weapons on campus (23%). Nearly a third (31%) stated that that guns are a good means of self-defense, and less than half of those surveyed (49%) felt that guns on campus will lead to an escalation in violent crime.

The research team also focused on the academic impact of firearms on campus. For instance, approximately half of all undergraduates (56%) said that guns distract from the learning environment or limit discussion on contentious topics (49%), while a third (35%) thought that faculty might be afraid to issue bad grades out of fear of violence. While a clear majority (78%) felt unsafe with other students carrying concealed handguns in class, they were twice as open to the possibility of instructors packing than their peers.

Regardless of their concerns and 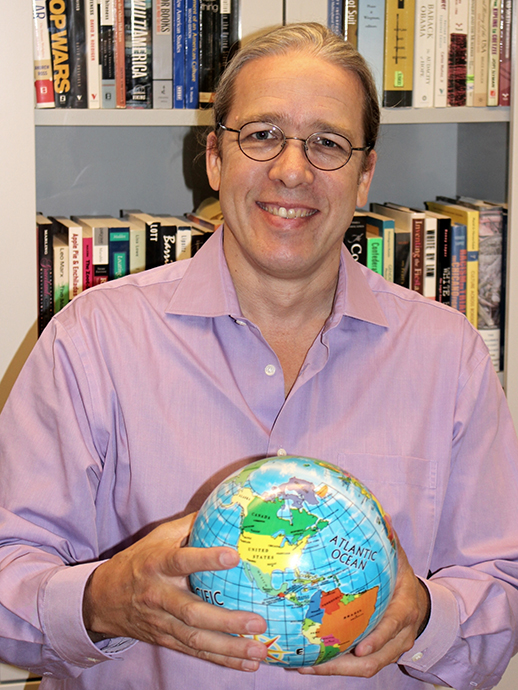 feelings around concealed firearms in the university space, students, faculty, and staff at UT Austin have had to learn to co-exist with them. Such is the case with the issue of Campus Carry more broadly, as academic institutions across the U.S. struggle to navigate a future in which more and more guns are a reality.