Finnish researchers have gained new information on brain activity during general anaesthesia by recording changes in the electrical activity of the brain. They discovered that changes in electroencephalogram correlated with the loss of consciousness itself and also by the non-specific effects of the drugs. Nearly all participants recalled dreaming during unresponsiveness and, somewhat surprisingly, words presented during anaesthesia were still processed in the brain even though the participants were unable to recall them later.

​When people are administered an anaesthetic, they seem to lose consciousness – or at least they stop reacting to their environment. But is consciousness lost fully during anaesthesia or does consciousness persist in the brain but in an altered state? This question has been explored in the joint research project “The Conscious Mind: Integrating subjective phenomenology with objective measurements” of the University of Turku and the Hospital District of Southwest Finland studying neural mechanisms of human consciousness. In the study, the changes caused by the anaesthetics were monitored with electroencephalogram (EEG) and positron emission tomography (PET).

The study is a joint project between the research group of Docent of Pharmacology and Anaesthesiologist Harry Scheinin studying anaesthesia mechanisms, and the research group of Professor of Psychology Antti Revonsuo studying human consciousness and brain from the point of view of philosophy and psychology. The study was conducted in collaboration with investigators from the University of Michigan, Ann Arbor, and the University of California, Irvine, USA. The latest research findings in the project have been published as four different publications in the July issues of the two leading journals in anaesthesiology. The main funders of the project are the Academy of Finland and Jane and Aatos Erkko Foundation.

In the first part of the study, healthy voluntary participants were anaesthetised either with dexmedetomidine or propofol. The drugs were administered with computer-driven target-controlled infusions until the subject just barely lost responsiveness. From this state, the subjects could be woken up with light shaking or a loud voice without changing the drug infusion. Immediately after the subjects regained responsiveness, they were asked whether they experienced anything during the anaesthesia period.

The subjects were played Finnish sentences during the anaesthesia, half of which ended as expected (congruent) and half in an unexpected (incongruent) word, such as “The night sky was filled with shimmering tomatoes”. Normally, when a person is awake, the unexpected word causes a response in the EEG, which reflects how the brain processes the meaning of the sentence and word. The researchers tested whether the subjects detected and understood words or entire sentences while under anaesthesia.

– The responses in the EEG showed that the brain cannot differentiate between normal and bizarre sentences when under anaesthesia. When we used dexmedetomidine, also the expected words created a significant response, meaning that the brain was trying to interpret the meaning of the words. However, after the participants woke from the anaesthesia, they did not remember the sentences they had heard and the results were the same with both drugs, says Senior Researcher, Docent Katja Valli who participated in the study.

The subjects were also played unpleasant sounds during the anaesthesia. After the subjects woke up, the sounds were played again and, surprisingly, they reacted faster to these sounds than to new sounds they had not heard before. The subjects who were given dexmedetomidine also recognised the played sounds better than by chance, even though they could not recall them spontaneously.

– In other words, the brain can process sounds and words even though the subject did not recall it afterwards. Against common belief, anaesthesia does not require full loss of consciousness, as it is sufficient to just disconnect the patient from the environment, explains Dr. Scheinin.

The perceived changes in the EEG were mostly similar to earlier studies. However, the current study used constant infusion both when the participants were asleep and awake, which enabled the researchers to differentiate the effects of the drugs on consciousness from other possible direct or indirect effects. Partly because these effects get mixed, it is still a great challenge to estimate the depth of anaesthesia during surgery.

Consciousness Is in a Dream-like State during Anaesthesia

All in all, the findings indicate that consciousness is not necessarily fully lost during anaesthesia, even though the person is no longer reacting to their environment.

However, dream-like experiences and thoughts might still float in consciousness. The brain might still register speech and try to decipher words, but the person will not understand or remember them consciously, and the brain cannot construe full sentences from them.

– The state of consciousness induced by anaesthetics can be similar to natural sleep. While sleeping, people dream and the brain observes the occurrences and stimuli in their environment subconsciously, summarises Professor Revonsuo.

The research articles were published in the July issues of the Anesthesiology and the British Journal of Anaesthesia. Based on their impact factors, these journals are the best anaesthesiology journals in the world. All the articles are open access publications and can be freely downloaded.

>> Podcast on the publication by the journal’s Editor-In-Chief

>> Journal’s infographic on the significance of the finding

>> Dreaming and awareness during dexmedetomidine- and propofol-induced unresponsiveness 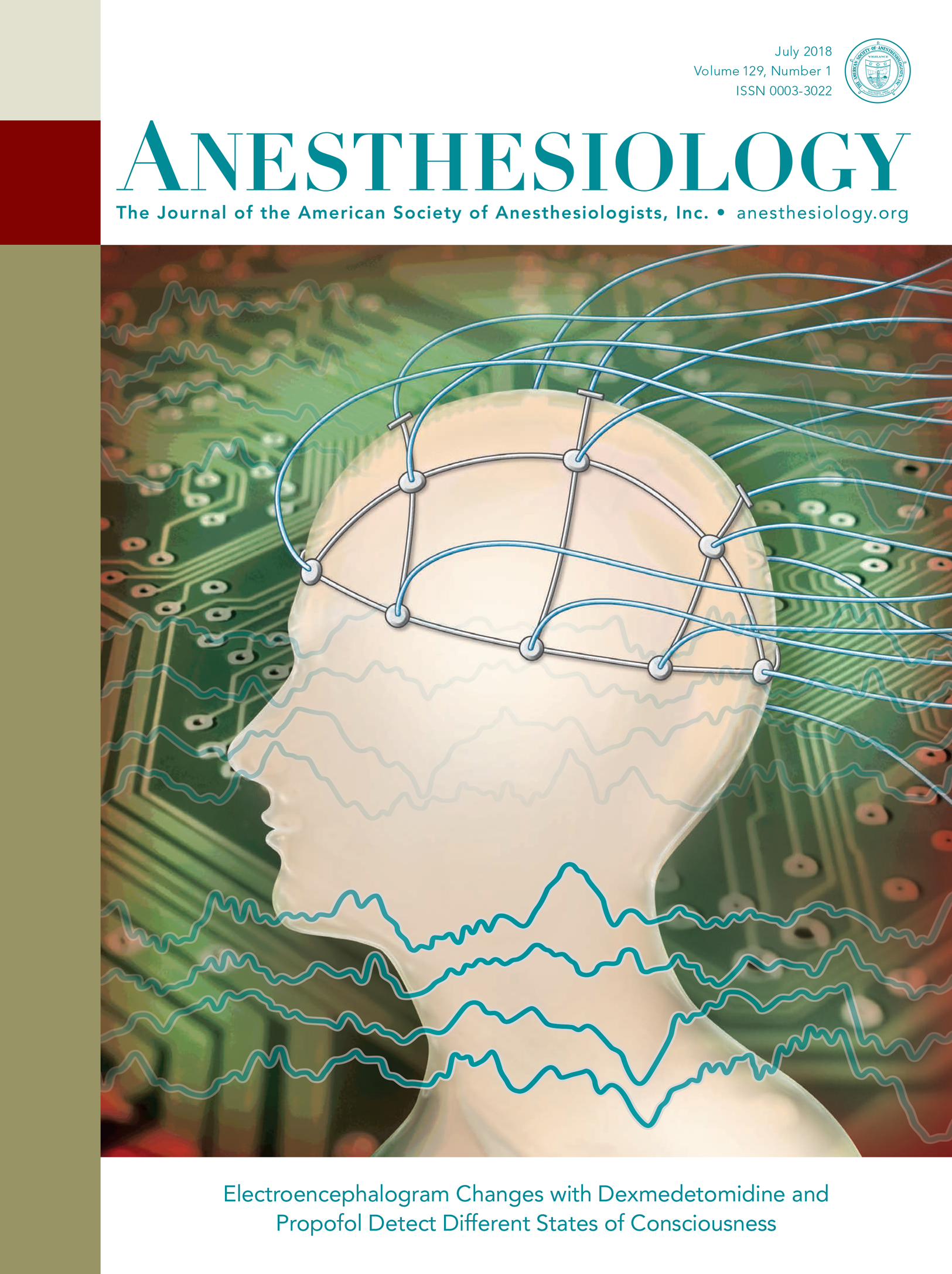 The cover of the July 2018 issue of Anesthesiology was dedicated to the Finnish study (image: Sara Jarret, CMI).

on the significance of the finding (Jonathan P. Wanderer and James P. , Illustration by Annemarie Johnson).

Journal’s infographic on the significance of the finding (Jonathan P. Wanderer and James P. Rathmell, Illustration by Annemarie Johnson).