The purpose of the iGEM Competition on synthetic biology is to solve different kinds of research problems with the help of science. Having started in the Massachusetts Institute of Technology in the United States in the early 2000s, the competition is the most notable one in its field, and last year, it attracted over 300 teams around the world.

– The teams come up with some kind of a societal problem that is tackled with the help of synthetic biology and biotechnology. The aim of the teams is to plan and realise a study in practice by students and enhance the field’s good reputation, says Riku Pihlaja from the Aboa team in Turku.

– The participation of both the University of Turku and Åbo Akademi University was a prerequisite for forming the team in the first place. It was vital to engage both universities, as Turku is such a small city compared to the gigantic universities, says team member Pyry Niemelä.

Formed entirely by students, the team is a great example of cross-disciplinarity. The team includes students of e.g. molecular biotechnology and diagnostics, chemistry, and economics.

Aboa’s aim in the competition is to improve the sensitivity of antibody-based tests with the help of an extended genetic code. The functioning of several medical tests, such as cancer and pregnancy tests, is antibody-based. Processing antibodies and improving the sensitivity of tests based on them could enable detecting diseases earlier than currently.

– The idea is new in that regard that an extended genetic code hasn’t been used for this purpose before. Now we’ll test how it works and if it works in the first place, says Niemelä. 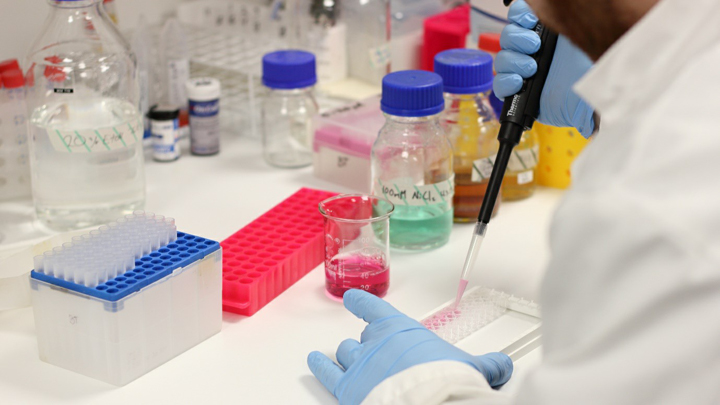 Aboa is confident of its success and the team aims high in the iGEM 2019 Giant Jamboree that will be organised in Boston at the turn of October–November. Still, it is the name of the game that not all projects always work out.

– The ideas don’t necessarily need to actually work, and there are a lot of teams participating in the competition that don’t succeed in realising their plans. Poor results are results nonetheless, says Aboa’s team member Susanna Peltonen.

The team considers its limited financial resources its main challenge. Several universities abroad invest in their teams considerably more and participation in the competition requires significant financial resources. Thus, Aboa’s goal is to get more sponsors to support the team.

– The competition requires time, money, and resources. For example, the estimated cost of a certain amino acid that we use in the study is €1,000, says Niemelä.

Next, Aboa is looking to get sponsors and carry on with the study before the iGEM 2019 Giant Jamboree that will be organised in Boston.

Read more about the competition and follow Aboa’s journey on social media: