What´s Up With the Finnish Silence?

Imagine a scene where the Finn just listens silently as the foreigner talks and talks. How do they experience the situation? Is the Finn interested in the discussion? Can silence be golden? 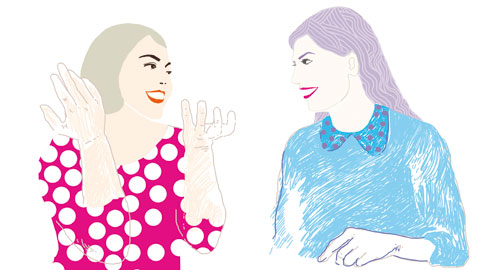 ​Docent Michael Berry from the University of Turku has studied Finnish speech and silence. His intercultural communication courses for Finnish and exchange students at the Turku School of Economics created the point of departure for this research.

According to Berry, the key to successful communication is to become aware of one´s own cultural customs and to know how to introduce them to others. Also, an open mind when interpreting communication is important.

Customs That Are Kept Silent

We all have viewpoints and manners which are typical in our culture. Usually, they are somewhat hidden, because they are taken-for-granted.

Berry says that silence and respect are typical Finnish characteristics. The Finns give others space, don’t really like active small-talk and interpret active silences to be an important part of a normal way to communicate. These traits can be difficult to explain to a foreigner, or explaining them might not even cross the Finns’ mind.

I think I Understand

Problems arise when different cultures collide and the people aren’t aware of their own cultural traits, let alone understand the other’s background.

- For example, the Finns often show their interest by concentrating quietly whereas the Americans often ask questions and interrupt. Because of these kinds of differences in customs and expectations, some might end up with false and too negative interpretations, Berry says. 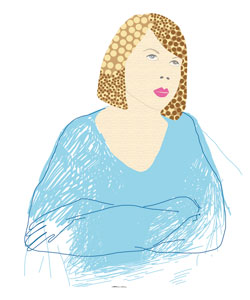 Intercultural communication is much more than just knowing the words, grammar and pronunciation of a foreign language. An important goal is to communicate cultural meanings correctly.

- If the Finns tell you that they enjoy beating themselves and each other with birch branches in the sauna, you might be scared. Direct Finnish-English translation doesn´t convey the right message. The words that describe how the aroma of the birch leaves relaxes and rejuvenates the body and mind are a better choice, Berry smiles.

The Many Faces of Silence

In the majority of countries the speech culture is more talkative than in Finland and people coming from different cultures don´t necessarily understand the good points of silence.

When Berry started to collect the different meanings of silence in the course, both he and the students noticed that there is positive, negative, active and passive silence.  The silent party of the conversation can be polite and active or selfish and sulking or calm and focused or reserved and indifferent. Even if we don’t say a word, we still communicate non-verbally.

In the intercultural communication course, social and cultural expectations are discussed as the students learn from each other. Berry says that the learning process starts with confusion, the next step is awareness and finally students see new possibilities.

Positive silence can be discovered.

All in all, people should be very proud of their cultural richness, Berry ends.

>>> Examples on how to convey the right meanings in different languages