Eduten Playground Takes Schools by Storm around the World

Eduten Ltd exports learning analytics developed in the University of Turku all over the world. The Eduten Playground cloud service is based on the ViLLE software and already used in 32 countries with the number of users increasing continuously.

The University of Turku has been a national pioneer in learning analytics, and the expertise from Turku is now exported around the world. Eduten Ltd, which is partly owned by the University via UTU Holding Ltd, was established in late 2017 for the global commercial distribution of the ViLLE learning platform, developed in the Centre for Learning Analytics.

Eighteen months is not a long period of time in the academic world, but the Eduten team has not been resting on its laurels. CEO Henri Muurimaa tells that the browser-based cloud service Eduten Playground is already used in 32 countries.

– ViLLE is a one-of-a-kind learning analytics tool based on top quality development work, but the business side had to be created from scratch. The demo version of Eduten Playground was completed in April, 2018 and it was immediately sold to Sweden, Great Britain, and Qatar, Muurimaa tells.

Also in Finland, the popularity of ViLLE is increasing at an incredible speed. While the original Finnish version of the software is broadly used in different subjects, the version that is most often exported to other countries is customised for teaching mathematics.

– Mathematics is a universal language, so it is the best stepping stone to the international education market. Globally, there is also great demand for software facilitating learning and teaching mathematics, says the pedagogic expert of Eduten, Doctoral Candidate in computer science Einari Kurvinen. 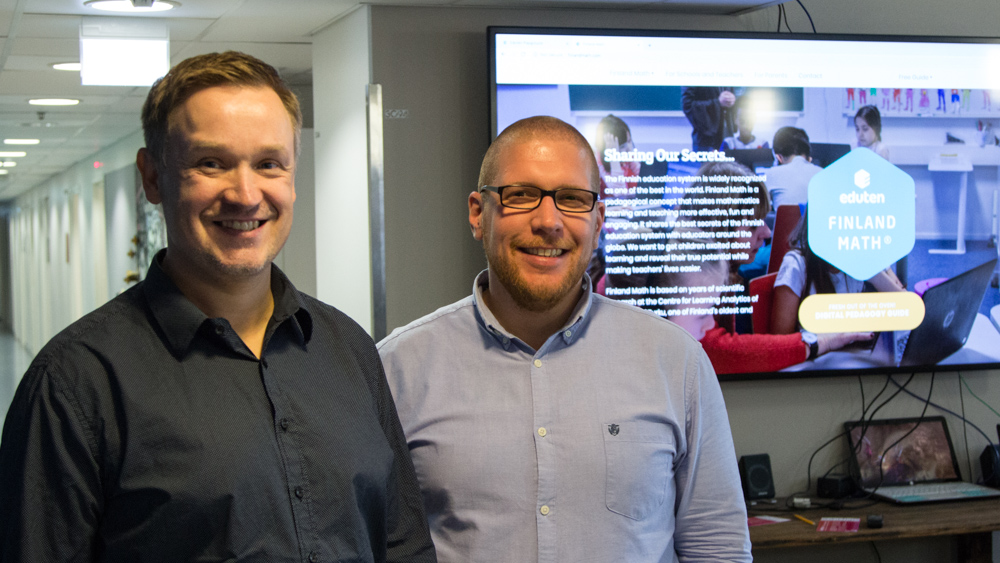 Henri Muurimaa and Einari Kurvinen work at Turku Game Hub in PharmaCity. The central location helps them maintain close collaboration with the ViLLE team and the University.

– Furthermore, we utilise gamification as one of our tools. Exercises in the form of games are scientifically proven to be both more educational and more relaxing and the well-being of adolescents is a current discussion theme in teaching. Eduten consist of more than just digital pedagogy and we have wanted to utilise the strong Finnish expertise in student-centred and stress-free education, Kurvinen says.

One of Eduten’s strengths is the tools it offers for the teachers. Eduten Playground helps the teachers to easily detect children's weaknesses and strengths. The teachers can e.g. monitor how many exercises the student has completed, how much time they took, and what level they reached.

– The program also automatically identifies the problematic areas of teaching. In practise, we have a set of traffic lights which reports to the teachers whether the student needs help or not. The idea behind these kinds of programs is effortlessness and easiness as well as genuine support for teaching situations. The teacher only needs to open the exercises of the week, which can be done with a single click of the mouse. After this, they can use their time supporting the students individually, Kurvinen says.

Muurimaa also praises the software and thinks that it has good chances of becoming one of the world’s most popular tools for learning analytics.

– This is largely thanks to the Computer Science Education Research of the University of Turku and the ViLLE team. The strength of the software lies in its continuous development which is based on the latest research, Muurimaa says. 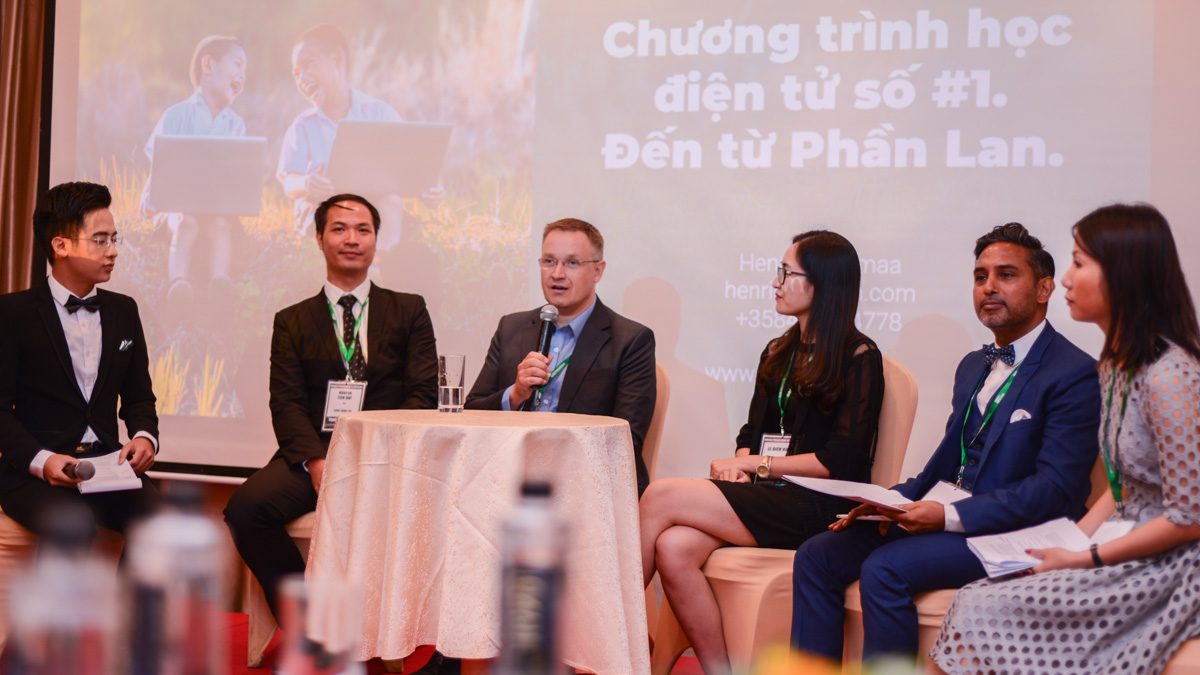 Henri Muurimaa spoke about the benefits of learning analytics in the Eduten Playground launch event in Hanoi.

The exercise library of Eduten Playground is exceptionally large. Muurimaa tells that no other learning analytics software has as comprehensive a library of exercises as the service they offer.

– There is more than enough exercises to calculate, because a single exercise can include multiple tasks. By this autumn, over 11 million calculations have been completed in the service, Muurimaa enthuses.

The revenue of Eduten is expected to be at least three times higher than last year. The learning analytics has so far been mostly exported to Europe and Asia.

– It has been great to notice how well our operations have taken off. Earlier this year, Eduten was also implemented in the schools of São Paulo, Brazil. There could be a lot of potential interest in Finnish transnational education in South America, Muurimaa concludes.