Nature is becoming less diverse all across the globe, which is also threatening the future of humankind. Researchers emphasise the fact that there is still hope, but now is the time to act. 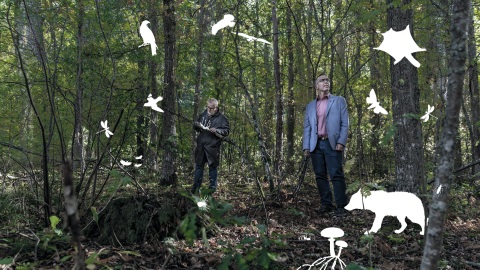 ​Professors Kari Saikkonen and Ilari E. Sääksjärvi emphasise the need for protecting natural forests that are home to diverse species. In Finland, forests cover over 70% of the country’s surface area, but especially in the south most of it is commercial forest.

​Preserving the diversity of nature is important because on our planet, life sustains life. Plants produce the air we breathe and forests regulate the climate. Insects pollinate flowers and birds spread seeds. Microbes and fungi cycle nutrients. If this balance is shaken radically enough, the ecosystem faces serious consequences.

– You could compare this to an aeroplane that stays in the air even with a few rivets missing from its wings. However, if enough rivets drop off, so will the plane. Losing a few species will not cause a total collapse, but if a large enough number of them become extinct, the situation turns critical, says Head of the Biodiversity Unit of the University of Turku, Professor of Biodiversity Research Ilari E. Sääksjärvi.

The loss of diversity in nature, or the biodiversity crisis, is one of the greatest threats of our time. Another destructive phenomenon is influencing the survival of species – climate change. The dangerous processes feed off of each other: climate change accelerates the loss of species and ecological collapse speeds up global warming.

– Humans play an important role in both processes. Species have always become extinct, but humankind has accelerated the speed of natural extinctions enormously. We are talking about hundred- and thousandfold rates compared to natural extinctions, says Sääksjärvi.

– Climate change isn't a new phenomenon either. The climate has always changed and organisms have had to adapt to these changes. What's new is the fact that humans can affect both global warming and the biodiversity crisis in an extraordinary way, adds Professor of Subarctic Ecology Kari Saikkonen.

In June 2018, Sääksjärvi and Saikkonen were appointed Professors in Biodiversity Research and Subarctic Ecology at the Biodiversity Unit led by Sääksjärvi. A donation of €1.5M by Mr Sakari Alhopuro funded the establishment of three professorships. The recruitment process of the third Biodiversity Unit professor, focusing on Finnish Archipelago Sea research, is still in progress.

– This combination of professorships creates unique possibilities in studying both biodiversity and the threats it faces. The focus of our research is on Finland, but our research extends from the subarctic area all the way to the Equator and the tropical ecosystems, Sääksjärvi says.

Global warming affects the survival of species, because animals and plants are unable to adapt to rapid changes, which can lead to the extinction of some species in worst case scenarios. Climate change is not the primary reason for the loss of diversity, however. Since the industrial revolution, humankind has cultivated practices that are harmful to the valuable wild environment.

– Intensive forestry, overfishing and excessive hunting, clearing forests for fields and pastures, pesticides, the hunting of predators, overconsumption, trade on endangered species, pollution, littering, and meat consumption are all mechanisms that accelerate extinctions and loss of diversity. However, we can all influence these matters ourselves, notes Sääksjärvi.

A diverse ecosystem can protect itself from environmental hazards, as long as any of its functions are not dependent on a single species.

– For nature to be able to maintain life, its diversity needs to be secured. A forest may require a hundred species for all of its functions to be filled. In another forest, those functions may be handled by a completely different set of species. A forest can withstand the loss of a certain microbe, but the situation can only remain stable if some other microbe replaces it. That's why we need a great number of seemingly useless species to secure the existence of the functions in a changing environment, says Saikkonen.

Interspecific interaction has a central role in biodiversity. No species can survive or function in isolation, but only in co-operation with other species. In a prosperous ecosystem, diversity prevents any one species from taking a dominant position. Humankind has broken out of the natural system of regulation, which has exacerbated the situation.

– Agriculture is a good example of problems faced by an environment whose variety of species is unilateral. A field where only one crop is grown is susceptible to diseases. It is a disturbed environment that requires artificial pesticides in order to function, notes Saikkonen.

Climate change and the biodiversity crisis are connected with various predicted worse-case scenarios, such as the melting of polar ice caps and a wave of extinctions. Sääksjärvi and Saikkonen underline the fact that the greatest threats may be something we do not understand yet. Therefore, it is important to conduct research and gather as much information as possible. 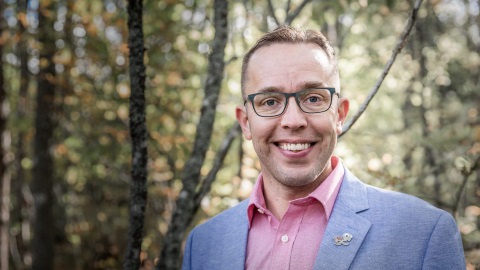 – We know awfully little of the world’s natural diversity. A rough estimate is that we have discovered and named 20 percent of the living organisms on Earth. It means that we are constantly losing species we haven't discovered, species that could potentially be useful. We may lose species that could have been the origin of a new medicine or source of nourishment. The extinct species may have also covered extremely important functions in the ecosystem, says Sääksjärvi.

According to current estimates, the number of wild vertebrates in nature has dropped by 60 percent in five decades. For instance, there is only a fraction of African elephants left when compared with their number two centuries ago. The disappearance of elephants changes the savannah’s vegetation, slows down the cycling of nutrients and impedes the grazing of both wildlife and domestic animals.

– The African elephant is a keystone species that affects its environment in significant ways. It tramples the ground, it grazes, microbes live in its faeces, and its carcass will be home to specific scavenging insects. Thus the elephant transforms the environment so that it’s suitable for other species. A Finnish keystone species could be the common aspen, which sustains an enormous number of organisms, says Sääksjärvi.

Research has shown that the number of invertebrates has also gone down. A 27-year follow-up study of German nature reserves demonstrated that the total quantity of flying insects has decreased in these areas by over 75 percent.

– We need more research on what is happening to insects in Finland. If the insect populations were to collapse, one visible result would be a reduction in the number of migratory birds. The disappearance of insects would also affect food production, as the production of plants that require pollination would become more difficult. For example in China, apple trees have already been pollinated by hand. It's worth thinking about how much the cost of imported fruit would increase if producers around the world have to resort to artificial pollination, says Sääksjärvi.

We know the surrounding nature poorly, but we have even less understanding of the invisible organisms that surround us – microbes. Microbes have an important role in the diversity of nature as well.

All plants and animals are communities of organisms, where hundreds, thousands, or hundreds of thousands of microbes live together on a single specimen. The disappearance of a species can therefore destroy innumerable specialised microbes.

– Nowadays we understand just how many things microbes participate in, from the nutrient cycle to the well-being of humans and animals. Every one of us carries around a larger number of microbe cells than human cells. Despite that fact, we know less about the diversity of our microbial partners than that of other organisms, says Saikkonen.

Saikkonen, who has studied the microbial relations of communities of organisms, says that the role of microbes in the biodiversity crisis is not simply either positive or negative. The conditions in the environment dictate how microbes behave in different situations.

– A fungus on a tree can be harmless for decades, but if its environmental conditions change – or if a tree branch breaks off and falls to the ground – the organism can turn pathogenic or into a rot fungus. Correspondingly, a common and harmless microbe can in some circumstances be fatal to humans, says Saikkonen.

Sääksjärvi and Saikkonen underline the fact that all species from microbes to mammals are significant in terms of biodiversity. Still, some species can have an especially notable impact on a community or on people.

– For instance, our society could have been very different if the Penicillium chrysogenum fungus had become extinct before the discovery of penicillin. That tiny fungus turned out to be extremely valuable to us, notes Sääksjärvi.

The More We Know the Better

Even though the situation may seem desolate, the researchers absolutely agree on the fact that there is sill hope. One reason for their optimism is the fact that compared to earlier generations, we have more knowledge and instruments for solving problems.

– The natural history collections of the Biodiversity Unit at the University of Turku belong to the Finnish Biodiversity Info Facility. In early autumn, the Facility reached over 30 million natural observations. Thanks to current technology, any researcher can get this information on their desktop and can decipher the changes occurring in Finnish nature, says Sääksjärvi.

– Charles Darwin, for instance, had to base many of the assumptions he made in Origin of Species on guesswork, as in the mid-19th century, we did not understand the genomic regularities of the hereditary nature of attributes. Things have changed. We present-day biologists have a whole different set of skills and tools to study organisms and phenomena, adds Saikkonen.

Saikkonen and Sääksjärvi consider the role of basic research to be notable, when searching for solutions to significant challenges, such as the biodiversity crisis and climate change.

– Nowadays people are into innovation policies and solution-focused approaches, but it’s often forgotten that innovations often discovered by accident. Solutions are often by-products of basic research, once there’s enough data and someone happens to come up with an idea based on it. Basic research that allows for risk-taking may produce useless information, but we can’t be certain beforehand whether the information is useful or not. Global problems wouldn't exist if they were easy to solve, says Saikkonen.

This article was originally published in Aurora, the University's Finnish-language magazine.