Doctoral Candidate Khalil Shahramian from the Institute of Dentistry of the University of Turku won the Three Minute Thesis competition for European universities. Shahramian and three other doctoral candidates competed to win the 3MT Competition at the Annual Conference of Coimbra Group in Salamanca on 1 June. 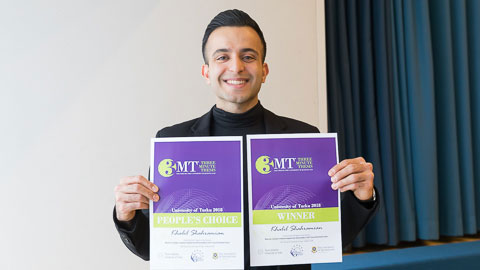 ​In the Turku competition, Shahramian won both the votes of the judges and the audience.

​Three Minute Thesis is an academic competition created by the Australian University of Queensland. In the competition, the doctoral candidate summarises the essence of their research in three minutes with the help of a single PowerPoint slide.

Khalil Shahramian presented an improved method of attaching a new tooth to replace a missing one, which is being developed in the University of Turku. In his presentation, titled Bioactive Coatings to Improve Implant-Gum Relationships & Soft Tissue Attachment Issues, he talks about his research which aims at building better tooth implants. 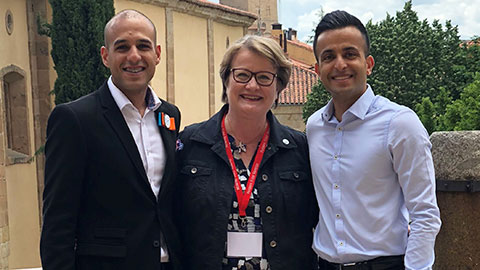 The winners of the national competitions competed with their video presentations for making it to the Coimbra Group finals. The representatives of each participating university voted for their favourites from among the 21 national winners to compete in the final.