The Researcher in Spotlight is a series which introduces the researchers of the Faculty of Law. We are presenting now Doctoral Researcher Carlo Gatti.

My path has been one of sequential and interlocking steps. My first educational cycle consisted in a traditional legal training in Italy, my home country. While working on my final thesis, I specialised in crimes of opinion and repression of dissent, with a clear orientation towards the critical analysis of the internal contradictions in the functioning of the criminal justice system. That encouraged me, in parallel to my curricular duties (and disorderly like any autodidactic attempt), to start delving into the critical socio-legal studies.

As a result, after a first period as a trainee lawyer at the criminal court, I realised that my real vocation was to deepen, in a far more organic way, that new line of study. This is why I ended up at the University of Barcelona, where I got a Master´s Degree in Sociology of Criminal Law and became a member of its Observatory of the Penal System and Human Rights (OSPDH). In personal terms, this was a very enriching period, but unfortunately with no possibility to remain there because of national regulations particularly detrimental for foreigners when it comes to apply for funded positions.

I then started to split my life into two separate spheres: odd jobs unrelated to academia as a source of income, and academic tasks as purely vocational commitments. Right when I was going through that strange period, I met my current supervisor at an international conference and decided to apply to the Doctoral Program of our Faculty. Things turned out well, even better than expected, and in less than two months I was packing up my bags again, this time heading Finland.

I am currently working on my doctoral research, which explores from a multidisciplinary perspective the implementation of predictive policing, that is, the use of algorithmic predictions in law enforcement activities. I am also involved in other minor and short-range research initiatives undertaken out of academic official programs. One of these initiatives is a study that I am carrying out with a colleague of mine to see how, through a work of literature review, the Spanish-speaking and English-speaking traditions in criminal criminology can be better synchronised. Moreover, a few months ago, I have started an exciting new experience as the managing editor of the scientific journal issued by the aforementioned Observatory of the University of Barcelona (OSPDH). 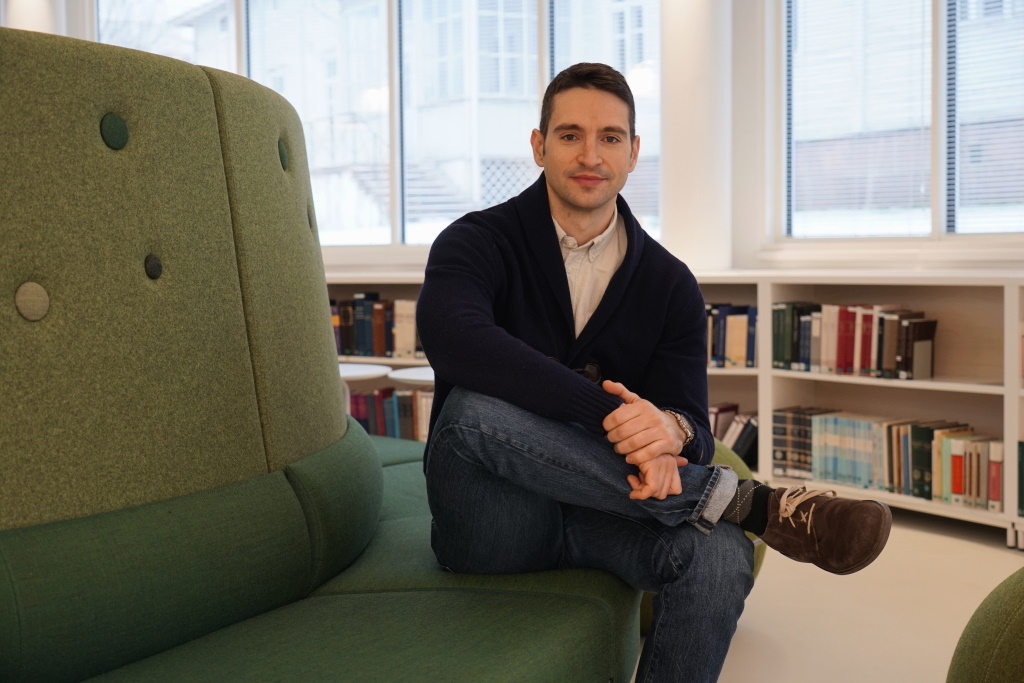 For Carlo Gatti, the most compelling reason to pursue knowledge is the injustice of our society.

If I think in terms of focus and research subjects, they have definitely changed. This evolution has followed an internal coherence and there were no disruptions or unexpected second thoughts. If I look backwards, every piece appears to me as a decisive component, without which I could never have reached the next stage.

In realistic terms, I would have probably followed the plan to which I was surrendering as the only viable one, at least until the moment I met my “Finnish rescuer”. I would have come back to my home country and probably continued some academic research on a voluntary basis, while trying to pass, with little enthusiasm, the bar exam or perhaps exploring the possibility of becoming a legal translator.

My main driver has always been an emancipatory conception of every knowledge initiative, fuelled by the belief that the most compelling reason to pursue knowledge is probably the injustice of our society. This has resulted in a constant effort not to neglect the collective dimension and not to see myself as somehow separate from any other sector of society. Academia can of course play a huge role in serving this purpose, and this is basically how I try to make sense of my research and teaching activity. But this also implies – whether we like to hear it or not – that academia cannot be a goal in itself.