Publishing in an open access journal is often quite expensive, as is paying for the article to be open in a hybrid publication. It is good for the researcher to remember the self-archiving (green open access, parallel publishing) alternative.

The University of Turku offers services related to self-archiving. Researchers can deposit their final drafts in the University of Turku publication repository UTUCRIS. It is also possible to use the publication information form to submit the final draft. If necessary, the library takes care of the self-archiving of the article as well as the setting of the publication delay. The researcher only sends a suitable version of the article to the library.

In the new funding model for universities, peer-reviewed open access or self-archived publications receive an incentive coefficient of 1,2.

1. Save the final draft version of your article. Final draft is a manuscript revised on the basis of peer review and accepted for publishing. Basically, the final draft has the same content as the published version but without final layout, e.g. page numbers and publisher’s logo. Most publishers accept final draft for self-archiving.

2. Send the final draft article to researcportal@utu.fi. Inform us also the publishing channel (e.g. the name of the journal). Through the researchportal@utu.fi service address, the article reaches the library’s experts, who verify the version and publication rights and deposit the article in UTUCRIS. The library will also check if the publisher’s PDF version can be deposited and if so, it will be deposited instead of final draft.

Still over one third of scientific articles behind a pay-wall

Year 2020 37% of peer-reviewed scientific articles in University of Turku were still behind a paywall. By self-archiving most of these could be opened and made public to all. 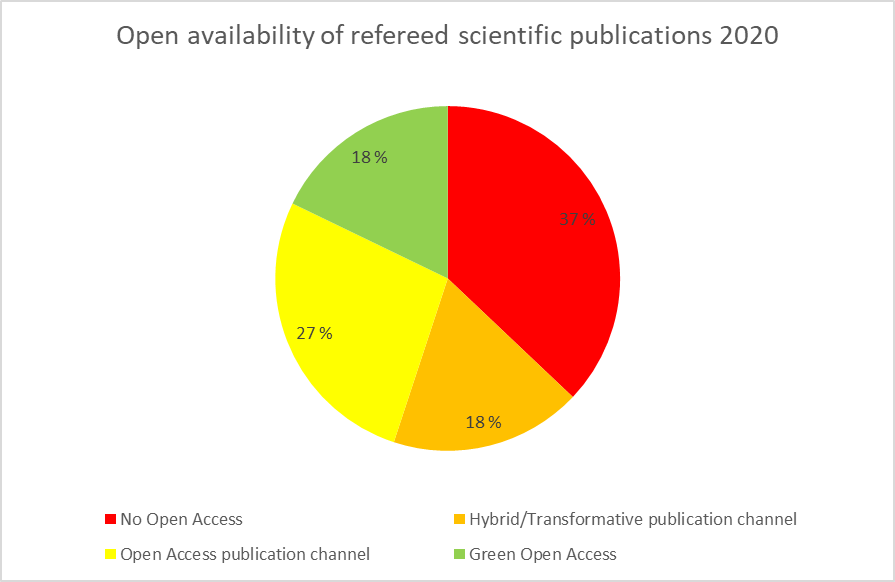 Read more about the self-archiving from library guide.