The University of Turku had its 99th Anniversary Celebration on 28 February. At the event, Editor-in-chief Ville Pernaa was awarded as the Alumni of the Year. In addition, Rector Kalervo Väänänen highlighted the autonomy of academic education and degree system in his speech.

Editor-in-chief Ville Pernaa of the Suomen Kuvalehti magazine received the Alumni of the Year award at the 99th Anniversary Celebration of the University of Turku on Thursday, 28 February.

With the recognition, the University wishes to thank Ville Pernaa for his work and actions in promoting the dialogue between the University of Turku and surrounding society. Both as a researcher and editor-in chief, Ville Pernaa has supported open discussion in society and conveying scientific information to the public.

– It’s immensely important that researchers participate in public debate. We can rarely afford a situation where research is conducted only for the academic community, which is nevertheless significant as scientific progress is based on it. However, in societal discussion it can be of little importance what the international scientific community writes in their journals, said Mr Pernaa.

He emphasises that, in an ideal scientific community, an ideal researcher makes headway on all fronts. Conducts research, makes new discoveries, teaches on the basis of their research – and shares information in societal debate on popular platforms.

Rector Väänänen: University Must Be Able to React Quickly to the Changing Educational Needs of Society 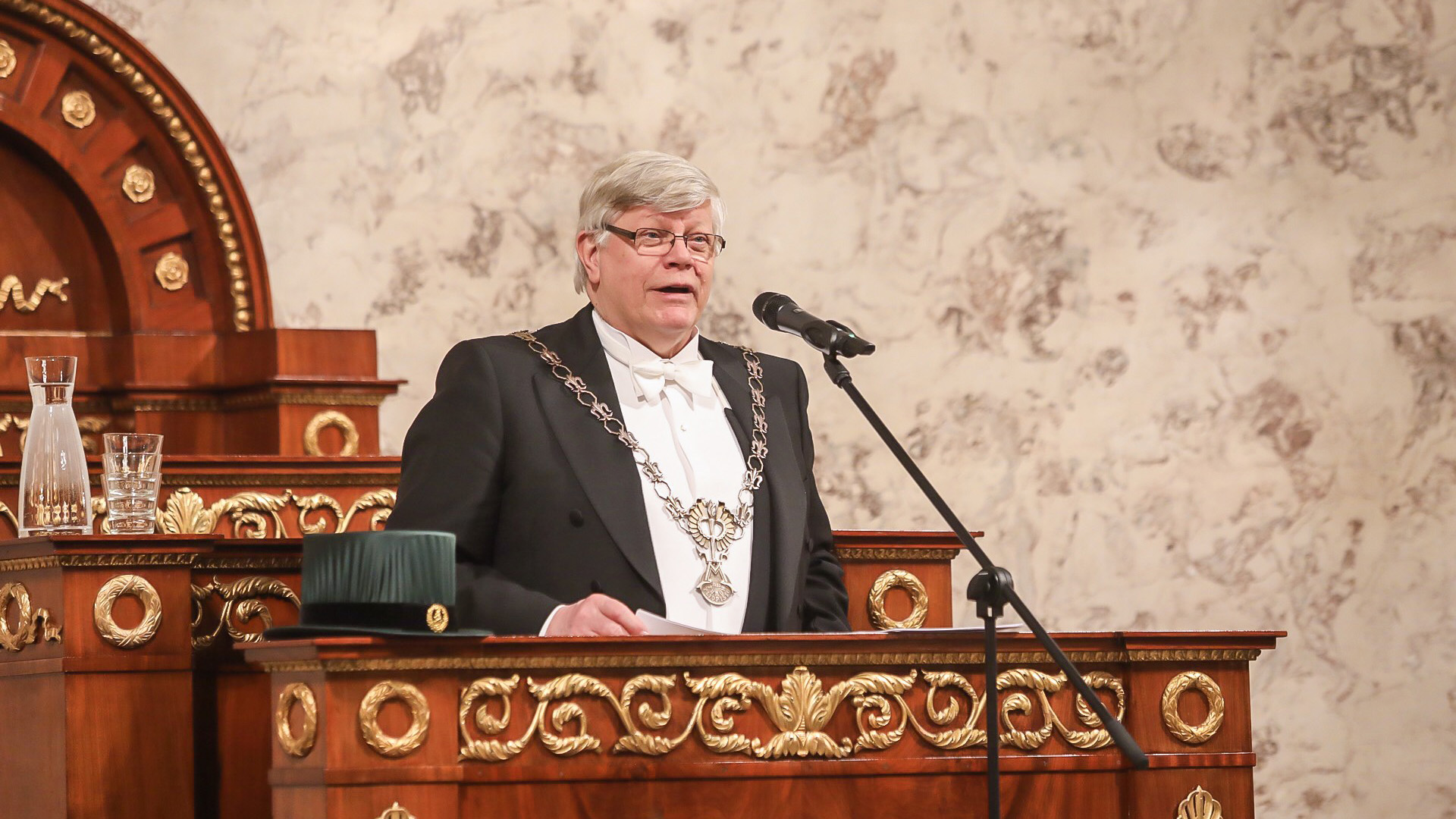 – It is clear that in some matters the University’s own authority has grown significantly. However, a great deal remains to be done so that we can talk about genuine academic autonomy and research and education which are independent from political issues.

In his speech, Rector Väänänen pondered whether Finland’s current degree system supports the University's ability to fulfil its missions and how this ability could be improved in the easiest and most cost-efficient manner.

– It would be wise to give up the discipline-specific quotas in Master's degrees and give each University only one quota for Master’s degrees. It is clear that in the future we need new operation models to better react to the quickly changing needs of society.