Former Rector and Chancellor of the University of Turku Keijo Paunio has passed away at the age of 87. Paunio had an impressive career as Professor of Periodontology as well as in the University management and more extensively in science and university policy. 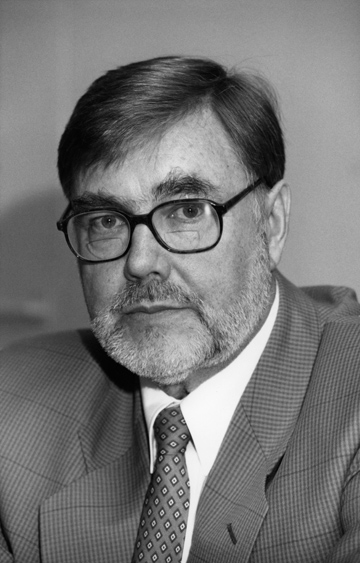 Paunio was born in Stockholm on 28 May 1935. He graduated from the upper secondary school of Helsingin Yhteislyseo Coeducational School in 1955. Paunio graduated from the University of Turku with a Licentiate in Dentistry in 1963 and a Doctorate in 1969. Paunio’s family had a strong presence in the society. His father was a managing editor, his mother a dispatcher in a postal and telegraph office, and Paunio’s two older brothers also became professors.

In his research work, Paunio focused on medical chemistry and oral biology, and studied for example the connective tissue surrounding teeth. Paunio’s scientific works consist of altogether hundreds of articles. He also influenced in multiple national and international expert and confidential positions.

In addition to these, Paunio focused on administration and for example worked as the University’s vice rector in 1978–1981 and as the Head of Department at the Institute of Dentistry in 1981–1986. Paunio was appointed the Rector of the University of Turku in 1993. He worked in the position of Rector in 1993–1997 and as Chancellor in 1997–2000.

Paunio was known as an active figure in science policy and an expert of research ethics. He commented on topical questions in his many contributions, articles, and publications. Paunio was also a member of Board of Academy of Finland, medical research committee, central science committee of Academy of Finland, and the Higher Education Council. He worked as the first Chair of the Finnish National Board on Research Integrity for ten years from 1991 onwards.

Paunio was appointed the Rector when recession in Finland was at its deepest. He found it particularly difficult when the basic education in dentistry was discontinued in Turku although the department in Turku was the most progressed by many measures. Towards the end of the decade, the University’s external funding grew, and internationalisation advanced. During Paunio’s term, collaboration was increased particularly with Åbo Akademi University. Paunio retired in 2000.

Paunio’s beloved hobbies included music and fine arts. He was a member of the Board of the Turku Music Festival Foundation and had many other confidential positions. Together with his wife Päivi Paunio (died in 2019) who worked as a dentist, Keijo Paunio had three children, one of whom died as an infant.

The University of Turku has flags flying at half-mast in memory on Keijo Paunio on 6 October 2022.

Photo: Archives of the University of Turku