A new study conducted at the University of Turku shows that grandmother involvement with their grandchildren improves the survival of the grandchildren. Based on historical Finnish church records, the study however finds the ability to provide help to young grandchildren declines with grandmother age and deteriorated health.

Menopause and extended post-reproductive life separate humans from other primates, but their evolution is still a puzzle. Despite active multidisciplinary research into the limits of human lifespan brought up by recent advances in medicine and life expectancy gains, we currently know little about the limits to extended longevity in our evolutionary past. A new study, conducted by Doctoral Candidate Simon Chapman, Postdoctoral Researchers Jenni Pettay and Mirkka Lahdenperä, and Academy of Finland Professor Virpi Lummaa from the Department of Biology at the University of Turku, used historic Finnish parish registers, which offer detailed records on the major life events of pre-industrial Finns.

– From these registers, we investigated the ‘Grandmother Hypothesis’ which proposes that the long post-reproductive lifespan in human women has evolved because grandmothers can provide help to their grandchildren. A key question for understanding why we live as long as we do – until which age grandmother presence brings benefits to their families – has not been studied before, says Chapman.

The team therefore investigated how the presence of grandmothers of different ages and in different health affected the survival of grandchildren born between 1731 and 1890, when living conditions were still harsh and child mortality high.

– We were a little surprised when we found that old and/or weak paternal grandmothers were actually detrimental to grandchild survival. Though we cannot say for sure what the mechanism might be, we suspect this to be the outcome of some kind of competition from living under the same roof, as the parents may have needed to split their limited resources between their dependent children and the dependent grandmother, says Chapman. The finding is really important, because it underlines the importance of remaining healthier for longer period, says Chapman.

According to the study, post-reproductive lifespan could indeed have evolved at least partly due to beneficial grandmother effects, but such benefits wane off with age as the opportunities and ability to provide help decline, leading to limits to the evolution of even longer lifespan. As lifespan in modern industrialised nations is much longer than in the past, it may be that medicine has allowed us to overcome the ‘natural’ limit on longevity.

– In that context, our finding that grandmothers in poor health were associated with higher infant mortality in the same household stresses the importance of healthy ageing and discovering ways to prolong healthy lifespan alongside the increasing total lifespan in the modern world. Grandmothers are important for the success of their families, and have been so throughout our evolutionary history. However, the frailty and health of grandmothers are of key importance not only to the grandmothers themselves, but also for the following generations. Improving the health in old age and opportunities of the elderly to stay involved with their families could benefit both the grandmothers and their families in multiple ways, notes Chapman. 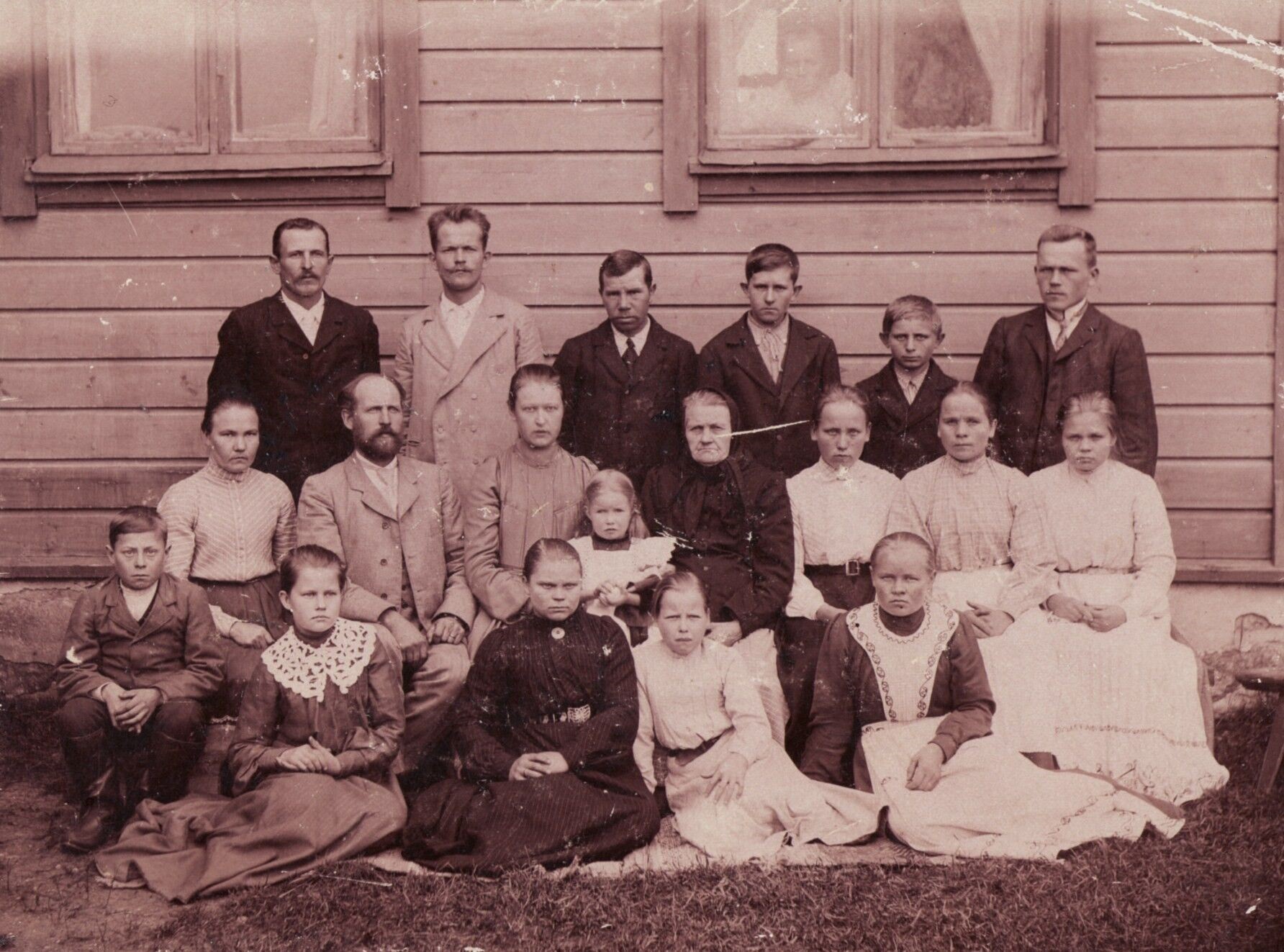 Historical photograph of a multi-generational Finnish family. Photo from the collection of the Human Life History Group / University of Turku.

The article has been published in the Current Biology online journal
Read more about the research of the Human Life History Group
Created 07.02.2019 | Updated 07.02.2019