Scientists from the University of Turku, Finland, have found that male and female Asian elephants differ in their personality. Previous work on a timber elephant population from Myanmar has shown that Asian elephants have three personality factors: Attentiveness, Sociability and Aggressiveness. The new study demonstrates that male elephants score higher on the Aggressiveness trait than females, whereas female elephants score higher on the Sociability trait than males.

Personality in humans has been a well-known concept for long, but during the last two decades science has shown us that also other animals express personalities, for example, in sociability. Differences in personality between the sexes is also a topic in behavioural biology, but besides primates, little is known about personality differences between sexes in long-lived highly social mammals, as studies tend to focus on shorter lived species.

The researchers of the University of Turku studied a semi-captive population of timber elephants in Myanmar. Even though a previous study showed that male and female elephants do not differ in their personality structure, the new study offers evidence that there are still differences in how strongly each personality trait is expressed in males and females.

The researchers used questionnaires to find out about the elephants’ personalities. The questions were directed to mahouts, or elephant head riders, and they scored how often the elephant displayed each of the 28 different behaviours on a 4-point scale. The surveys were conducted in Myanmar in 2014–2017 on over 250 timber elephants living in their natural habitat. 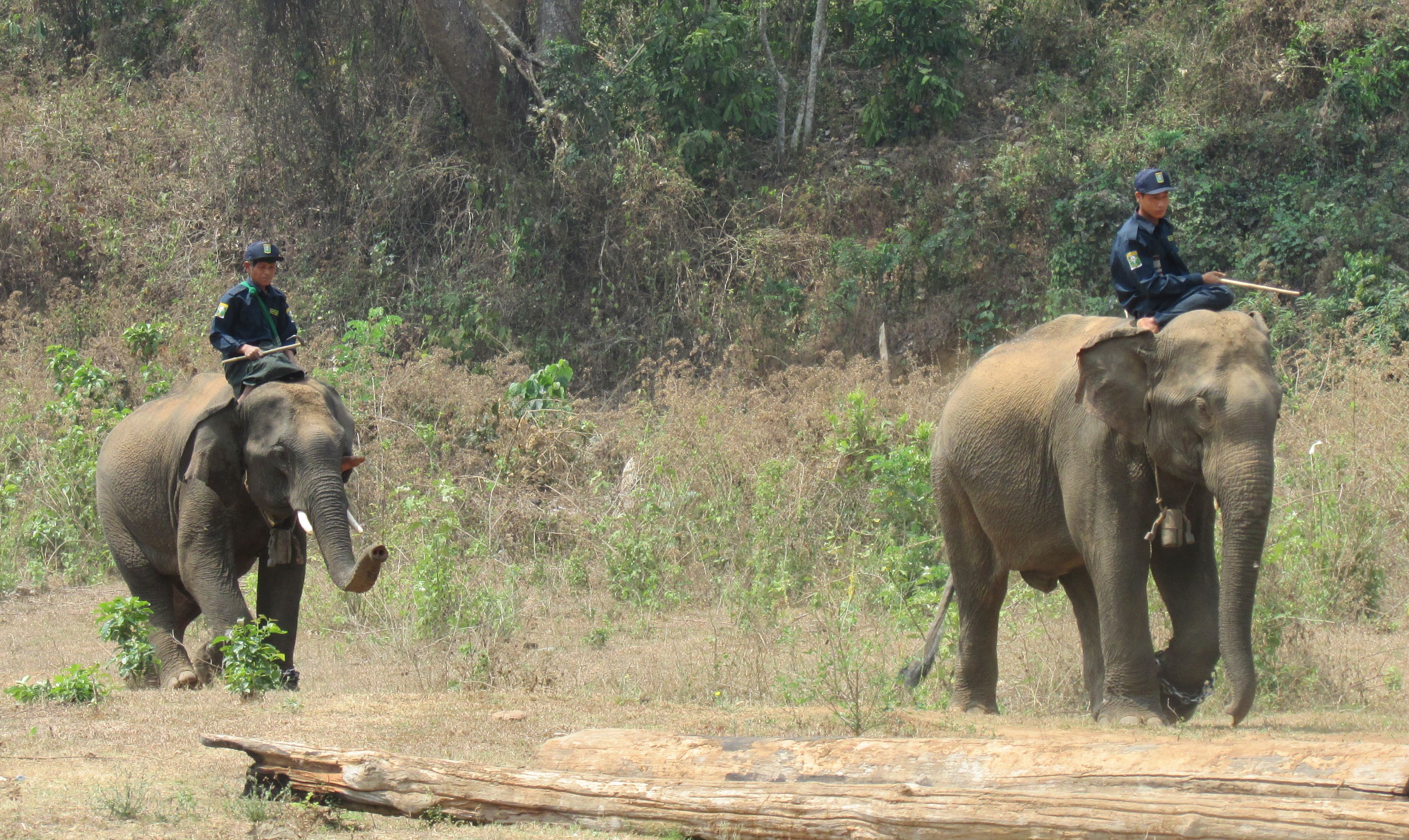 – The elephants work in the timber industry, pulling logs from one place to another. This is a very unique research environment and population, enabling us to study several hundreds of elephants, says Dr Seltmann.

Female Asian elephants live in small, strongly bonded family units and group cohesion is of high importance. Exhibiting consistent and predictable personalities could further improve the resolution of a conflict within the group, with different personalities adopting different social roles.

– Higher female agreeableness seems to be a common pattern in long-lived highly social mammals. These sex-specific differences in elephant Sociability could be explained by the different social lives of the sexes says researcher Mirkka Lahdenperä who participated in the study.

– The personality trait Attentiveness includes behaviours that are generally associated with the response of the elephant towards its mahout, like attentiveness, obedience, and vigilance. Since both sexes work and live under similar conditions and similar work regulations apply to them, it is not surprising that those behaviours are not significantly influenced by sex, explains Dr Seltmann.

The study contributes to the growing literature on the existence of sex differences in animal personality. Males and females of the same species can experience different selection pressures and follow different life-history strategies, which in turn can be reflected by sex-specific personality differences.

– Personality studies sometimes focus only on male or female individuals of a species, even though behaviour and life-history can differ substantially between the sexes, leading to different selection pressures on male and female personality, concludes Dr Seltmann.

The study was published in Scientific Reports of the Springer Nature Publishing AG: https://rdcu.be/boqjO

Media can use the following photos freely in articles related to the study. Please attribute the photo to the photographer.