The number of the department’s peer-reviewed publications has increased

The department of nursing science has active research groups working under seven sub-programs in the department’s research program Empowering Population, Patients, Professionals in Health and Care. Several large research projects have been in the publication phase during the time period.

Some other factors explaining the increases are the augmented number of people working at the department, and the activity of the post-doctoral and doctoral education programs.

“The doctoral students of the department have been participating in nearly 150 scientific peer-reviewed publications in the past three years. This is a great accomplishment and shows that the students are active and competent” comments Vice Head of the Department, Director of Doctoral Programme in Nursing Science, Riitta Suhonen.

Doctoral students are encouraged to take part in academic writing with courses, doctoral seminars, and supervision. As well, active docents not working at the department have contributed to the increases by publishing their scientific research being affiliated to the department. Also, some master’s theses are published as scientific articles.

Active publishing is an important part of high-quality scientific research. The department of nursing science was ranked 29th worldwide in the 2021 QS World University Rankings by Subject, improving its rank from last year. Academic reputation and citations per faculty are important metrics in the evaluation. 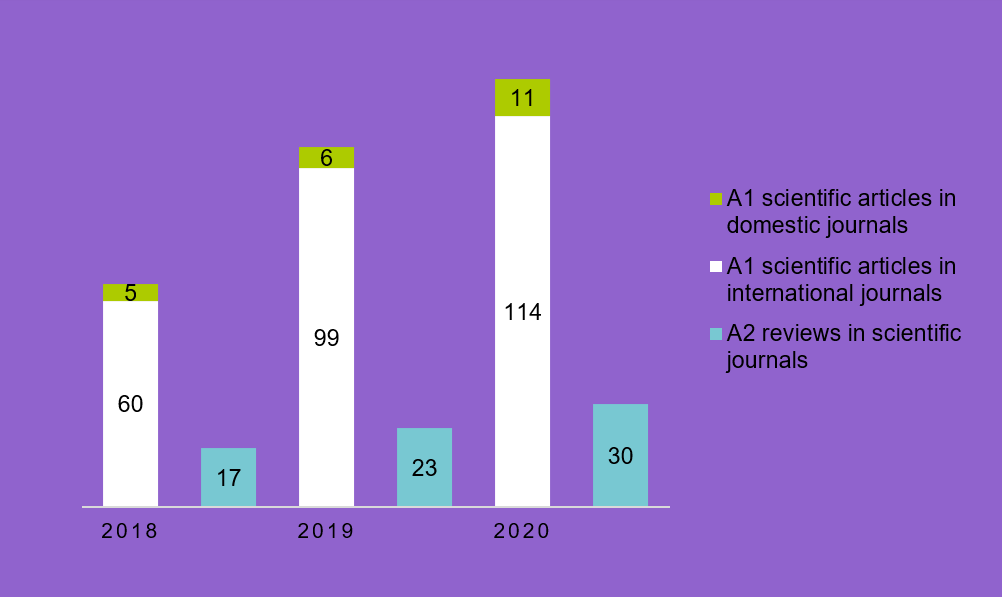