Foresight is the perceiving and analysis of the alternative futures and the choices which are related to them. We carry out foresight processes and studies to many kinds of needs: support of the politics choices of the society and areas, basis of the strategy work of different organisations and material of the scientific thinking. Our research and development work concerning area development is based on a research program which analyses the reviving of areas and innovations.

In the area development processes we examine different strategic futures choices within the separate levels (society – area – company/organisation). In both wholenesses we carry out both academic research projects and commissioned research. Our research group is multidisciplinary, rich from its experience and strong from its cooperation network.

Bastu is a business enabler for entrepreneurs and businesses in the Turku region.

Our goal is to enhance your business with new, collaborative opportunities that utilise the philosophical tenets of the sixth wave along with the core competences of our participating companies.

The aim of the BioEcoJust project is to identify and explore key ethical decisions for the future bioeconomy through 2125. Our approach in the research consortium combines the two fields of Ethics & Foresight.

A bio-based economy that seeks solutions from biological resources is proposed as the next phase of economic development providing renewable energy and resources. It is the relationship between society, technology and nature that really become interesting in this ‘bio-age’. The bioeconomy has been widely interpreted, with strategies formed around it some positive offering renewable solutions and others more problematic threatening nature. In what ways will the bioeconomy contribute or hinder a more sustainable society?Funding: Academy of Finland, 2017–2020

This project encompasses the development of courses on important aspects of Climate Change and sustainability at various levels, workshops for university teachers, and efforts to build a network for collaboration between schools and with working professionals. Funding for the project comes from the Finnish Ministry of Education and Culture, Finnish Innovation Fund Sitra, and the participating educational institutions.

Finland Futures Research Centre, alongside other collaborators from University of Turku, is participating in the development of two courses that will be offered through Climate University beginning in the later part of 2020:

WISE is funded by the Academy of Finland’s Strategic Research Council program entitled Adaptation and resilience for sustainable growth. The consortium is made of six subprojects with a total funding of 5.4 Meur over six years (2018-2023).

In 2018, WISE has conducted comprehensive expert interviews and literature surveys to map out Finland’s resilience gaps. The resilience gap survey is an assessment of societal weaknesses to prepare for and react to wicked disruptions. We are also designing War Room –type decision making simulations (Policy Operations Room, POR) and disruption scenarios with which to run the PORs. Three types of POR are under design: 1) Crisis-POR, which resembles existing preparedness exercises, 2) Path-POR, which focuses on the long-term path dependencies of decisions, and 3) Probability-POR, which develops decision support systems based on Bayesian probabilities.

At the moment we are transcribing and analyzing the expert interviews of the resilience gap mapping, and designing the PORs in collaboration with stakeholders. In addition, we are planning a public WISE-seminar on wicked problems.

Futures Literacy across the Deep (FLxDeep)

FLxDeep is a six-partner initiative led by Finland Futures Research Centre at Turku School of Economics – University of Turku in cooperation with futures literacy experts at UNESCO. It is funded by EIT Climate KIC and aims to co-create and implement processes that introduce, develop and actively apply the capability called futures literacy to support climate-related social, business, and technological innovation.

> Read more about the project.

STYLE Project is working to make Finland a forerunner in Lifestyles of Health and Sustainability (LOHAS) while promoting sustainable growth.

Our Mission is to make Finland a forerunner in the lifestyles of health and sustainability while promoting sustainable growth. Our Vision 2030: Physical activity in Finland will be increased in a way that increases the modal share of bicycling and walking and other soft modes to 38% by 2030, simultaneously generating new business.

STYLE project is funded by Academy of Finland's Strategic Research Council during the years 2019-2023 (3+2 years).

The City of Turku and Finland Futures Research Centre have conducted a joint feasibility study to deter-mine the preconditions for the Turku region to take part in the Green Circular Cities Coalition initiated by ICLEI – Local Governments for Sustainability.

Manufacturing is becoming automated and service-driven by digital platforms. This can cause drastic changes to the structure of industry and society. MFG4.0 explores these changes from multiple lenses in order to design ‘responses’ which prepares Finland for the transformation and enables Finland to thrive in this change.

In WP1, FFRC explores trends and drivers of futures of automated manufacturing and Industry 4.0. Together with our consortium partners, we seek to develop tools for identifying emerging fields of technology in which new products can be created and also tools for evaluating which fields are most suitable for Finland.

MFG4.0 is supported by Strategic Research Council’s program for Adaptation and Resilience for Sustainable Growth [grant no. 313395]. The first phase of project is funded 2018–2020.

The Millennium Project and Helsinki Node

The Millennium Project is an international network of over 1000 futurists, scholars, business executives and planners, scientists, and policymakers from more than 50 countries. The Millennium Project is a worldwide think tank, operating from an international perspective, free from single agendas. It is dedicated to exploring global futures by interviewing and surveying individuals in corporations, universities, NGOs, UN organisations, and governments.

The aim of the Project is to understand world change and identify actions that will help secure the best possible future for humanity as a whole. The Millennium Project employs a mix of standard futures research methods and new tools developed by the Project, investigating the leading factors shaping the future of the world.

The Millennium Project is organised into Nodes: each Node consists of a group of individuals and institutions who identify creative and advanced experts to participate in the Millennium Project’s research, interconnecting global and local perspectives. European nodes form a network called Foresight Europe Network (FEN).

State of the Future

The annual State of the Future report provides an assessment of the global situation and future trends; normative, exploratory, and very-long-range scenarios, and annotated bibliographies of hundreds of scenarios; and special studies on future science and technology issues, environmental security, and analysis of international policies and goals.

Each State of the Future report improves and builds upon the previous edition, addressing the international situation on 15 Global Challenges (with sensitivity to regional perspectives), prospects for the future, policies and actions to address them and indicators to measure progress.

MyStory is an Interreg Nord funded project in a cross-border regional development context. The project is based along the Finnish-Swedish-Norwegian border region, along the Northern Lights Route. The Northern Lights Route is an official tourism road starting from Tornio-Haparanda and follows the E8 and Road 99 along Tornio and Muonio rivers all the way to Kilpisjärvi, and continues via Storfjord to Tromsø in Norway.

The route connects not only three neighbouring countries, but also six different languages (Finnish, Swedish, Norwegian, Meänkieli, Sami and Kven) and a shared history and cultural heritage. The common culture and history are strongly represented along the Northern Lights Route and the region shares a growing consciousness of its common roots and identity, which is the basis for this cross-border project.

The Northern Lights Route is still quite unknown. The main goal of the project is to develop the tourism in the region by supporting small-scale tourism companies and by developing tourism in the cross-border context through a common vision and a roadmaping process. The companies will receive support in using storytelling in their businesses by utilizing local cultural history and stories in a socially and culturally sustainable ways, and, in addition, new technologies such as virtual reality will be piloted. The project supports the development of new story and place-based digital tools and business concepts, skills development and cross-border collaboration with new, innovative digital solutions. This project is continuation to a previous project Our Stories, where stories from the region were collected and published in written, visual and audio forms.

The work package of FFRC is related to the strategic development of tourism in this cross-border region. FFRC will run a vision and roadmap process which objective is to find a common understanding on what the tourism in the region should be like and be based on, and how the tourism can be developed sustainably as a cross-border regional effort. The involvement and participation of the different stakeholders involved in tourism development in the region, such as municipalities, companies, development organizations and educational institutions, is the key for successful long-term planning.

Lapland University of Applied Sciences is the main coordinator of the project. In addition, stakeholders from Finland, Norway and Sweden are involved in the project. The project is financed by Interreg Nord, Lapin liitto, Council of Torne Valley, Innovasjon Norge, Forskningsrådet Norge and Troms og Finnmark Fylkeskommune.

RURALIZATION is a 4 years EU-funded project under the Horizon 2020 programme, focused on the study of problems related to rural regeneration and access to land, and the implementation of policies and activities that facilitate the entry of new generations and newcomers to the farming sector.

The consortium is composed of 18 partners from 12 different countries. This diversity will guarantee a wide range of perspectives and situations, creating a wealth of knowledge positive for the participants and the interested third parties.

The main challenges that the projects must deal are:

Of the seven different work packages of the project, the FFRC is responsible for the foresight study on the topic. The project will run from 1.5.2019 to 30.4.2023.

Shipping companies need to utilize the wider concept of sustainability in order to communicate a change in the way they are thinking. To achieve this, the shipyard as a system integrator and its subcontracting network have to cover larger part of the value chain with sustainability and transparency. In this project we study the possibilities of enlarging the scope of sustainability from ships operations to the whole life cycle and how this wider approach can be communicated efficiently to the customer.

SUSTIS is a research project coordinated by University of Turku (Department of Future Technologies). The research partners include three units in University of Turku (Future Technologies, Centre for Collaborative Research, Finland Futures Research Centre) and VTT Technical Research Centre of Finland. Several industry partners have their own parallel projects linked to the research project.

The Urban Futures Podcast is an interdisciplinary knowledge creation platform for the purpose of communicating and spreading research environmental information to build a better future for societies. 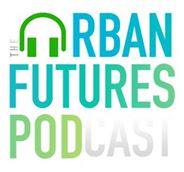 Greening Turku: A Vision for a Greener and Sustainable Historic Town (2019) by Ana Maria Jones and Markku Wilenius: 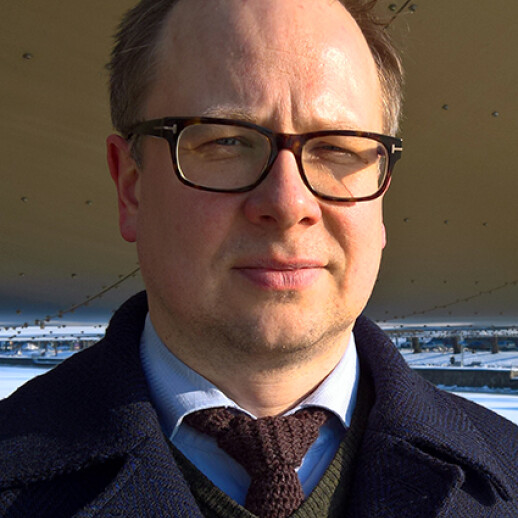 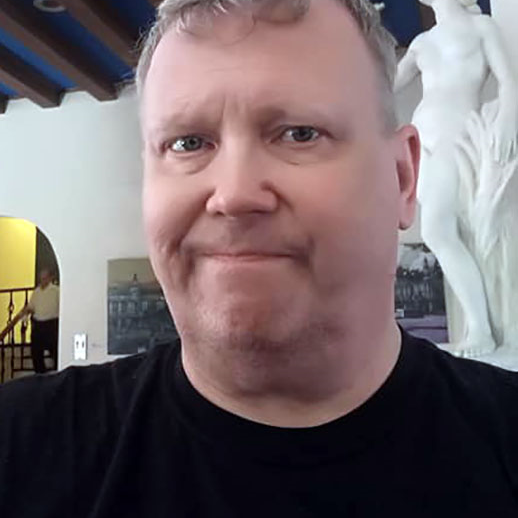 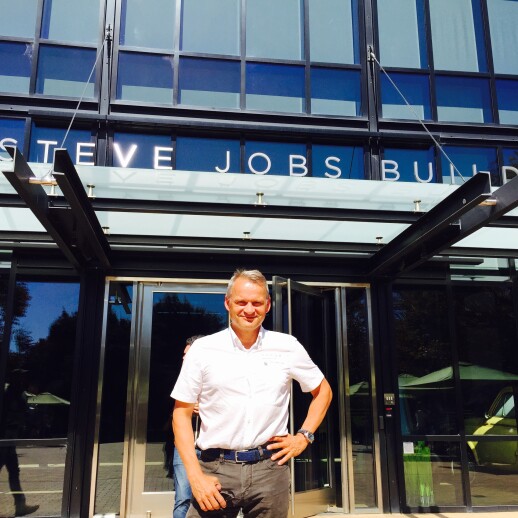