Cloudberry seeds have a significant antimicrobial activity against MRSA

Increasing antibiotic resistance of bacteria is one of the biggest future challenges of medicine. A recent study found that compounds fractionated from cloudberry seeds have a significant antimicrobial activity against MRSA, a hospital bacterium.

The number of refractory wound infections caused by methicillin-resistant Staphylococcus aureus or MRSA has increased.

A joint project of HUS Helsinki University Hospital, VTT Technical Research Centre of Finland, University of Turku, and Hospital Universitario Principe de Astúrias and research institute Fundación Jiménez Díaz from Spain investigated the efficacy of compounds fractionated from berries against microbes that cause wound infections. The study found that ellagitannins, compounds fractionated from cloudberry seeds, have a significant antimicrobial activity.

– A resistant bacterium becomes susceptible to antibiotics and the formation of biofilms is reduced when compounds fractionated from berries are added to it. Ellagitannins from cloudberry significantly inhibited the growth of MRSA in test tube conditions and sped up the recovery of a wound caused by these bacteria in a mouse model, says Teemu Kinnari, ENT Specialist and Chief Physician at HUS.

Berries and their side-streams, i.e. surplus ingredients from the berry industry, have mainly been used in the food and cosmetics industry. VTT Technical Research Centre of Finland has a long tradition of researching arctic berries, and it has previously shown that they contain effective antimicrobial compounds.

The joint project utilised VTT InnoBerry Technologies™ developed and patented by VTT to enrich and fractionate antimicrobial ellagitannin compounds from wild berries. Previously unutilised cloudberry side-streams from the berry industry were used as source material. No organic solvents were used in the extraction method, and the water-soluble product is suitable for various uses.

– We were able to use an environmentally friendly approach to fractionate ellagitannins whose antimicrobial potential may be used for several applications. An example of an interesting application is skin treatment against MRSA prior to surgery, in addition to treating severe wound infections, says Hanna-Leena Alakomi, expert in microbiology and Research Team Leader at VTT.

Similar compounds can be found in other Finnish plant species

VTT’s ellagitannins fractionated from seeds were purified at Department of Chemistry of the University of Turku. Pure substances gave a more reliable picture of the activity of specific ellagitannins against MRSA.

– It is important to have precise knowledge about the compounds that are relevant for the activity of various products. This means that researched information can be used to find even more effective substances among the plant kingdom. For example, Finnish plants contain plenty of compounds similar to cloudberry ellagitannins that could have corresponding or even better activity against MRSA, says Juha-Pekka Salminen, Professor of Natural Compound Chemistry at the University of Turku. 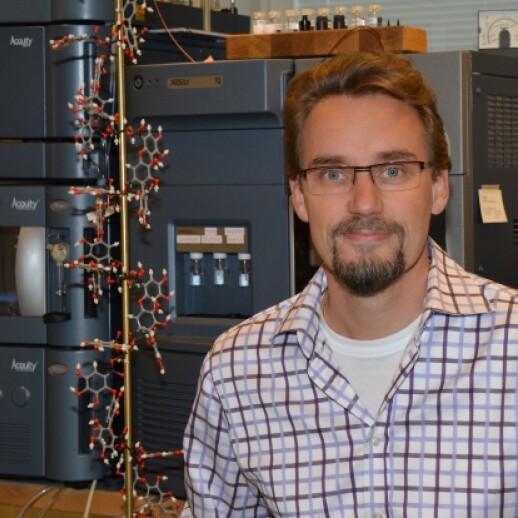