Professor Maritta Välimäki has received the Chinese Government Friendship Award at the Great Hall of the People, Beijing China on 30 September 2022. 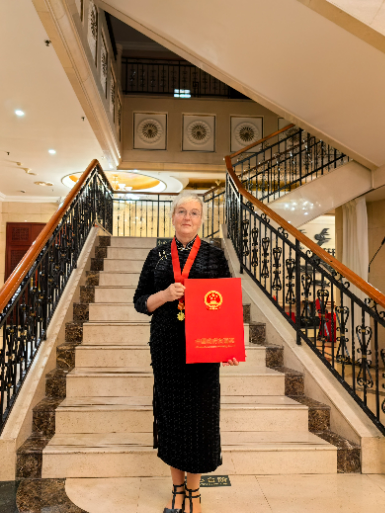 Professor Välimäki has had extensive collaboration with China since 2013. She was first invited to join conferences in mainland China. Later in 2015 she visited in Hong Kong for 1,5 months. In 2016, she started to work in Hong Kong. Later in 2019, Professor Välimäki was invited as a Visiting Professor professor at Central South University and in 2020 she was appointed as Professor at the same university, at the Xiangya School of Nursing.