Rector Jukka Kola has toured the faculties to greet the new students and welcome them to the University of Turku.

Rector Jukka Kola has toured the faculties to greet the new students. Shaking hands with the Rector is a tradition at the University of Turku, but it was on a hiatus during the pandemic. No hand shaking was in the programme this year either, but the Rector met the new students as part of their orientation.

New law students, who waited at the lobby of the Calonia building on 22 August to meet the Rector, were exited to start their studies.

“I’m feeling expectant, it will be interesting to hear what is said," commented first-year law student Juho Savolainen. 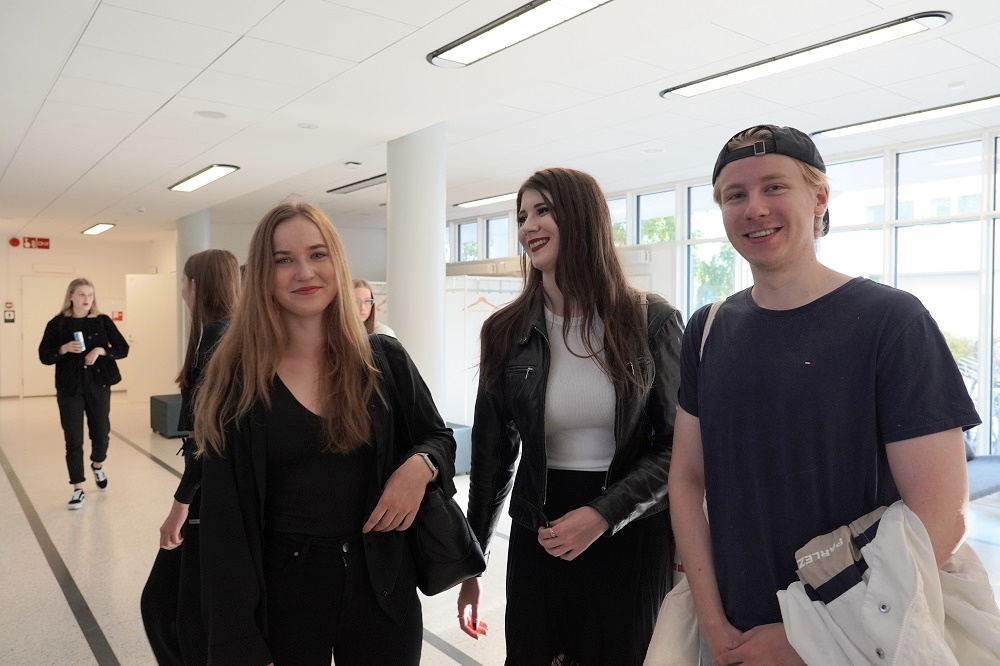 Some of the students got in to the University on their first try and for others it has taken a few application rounds.

“Competition for the study places is hard and you have put in a great deal of effort to get in,” said Rector Kola.

“This means that we offer education directed at the future. The University trains young people to benefit the world but also to change it into a better place to live,” Kola contemplated.

He also reminded the first-year students that student life is not all about studying. Turku offers many activities besides studies, which is an integral part of student life.

“There are over 20,000 students at the University of Turku and it shows not only on the campus but also in our city.” 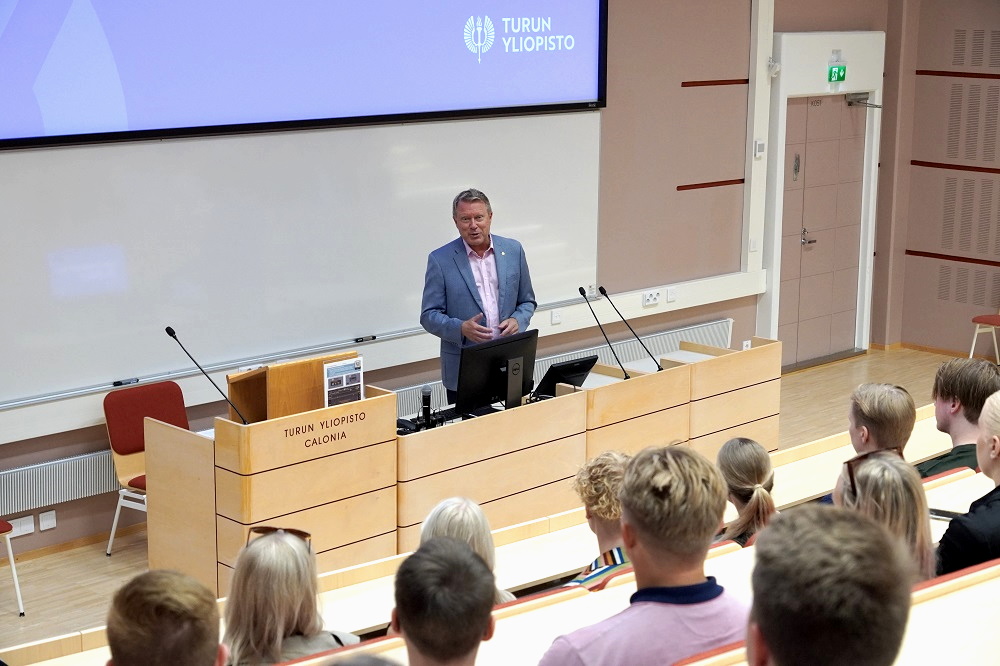 Rector Jukka Kola was happy to meet the first-year students after a long break. Photo: Minna Nerg / University of Turku.

Students could also ask questions from the Rector. They were interested in finding out how multidisciplinaraity is evident in the everyday life at the University.

As an example, Kola gave the AI Academy that involves all the faculties and offers multidisciplinary education and research on artificial intelligence. At the grass roots level, Kola encouraged students to get to know other faculties, for example, by joining the student organisations of other departments.

“At the University of Turku, multidisciplinary activities are not just empty talk,” Kola summed up. 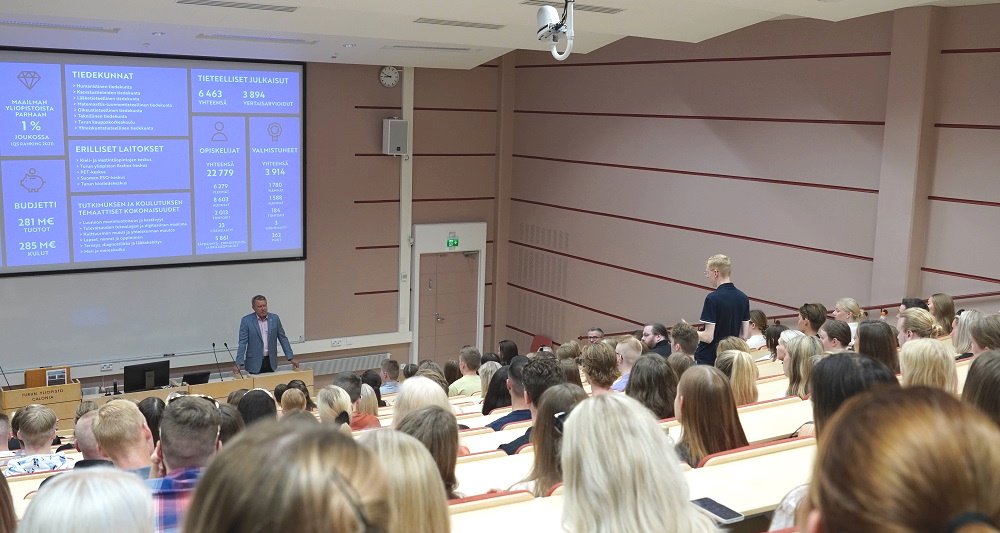 Students had the opportunity to ask questions from the Rector. Photo: Minna Nerg / University of Turku.

The new university students also wanted to know about the regular practices on campus after the pandemic.

Kola said that, even though activities at the University are getting back to normal, the pandemic thought us a great deal about remote teaching.

“On the other hand, our resilience has also grown. When faced with surprising situations, we are now better equipped to assess how they will affect the students”, said Kola.

He ended the event by encouraging students who might be wondering how to act in the new study environment and city.

“Just be yourselves, it’s generally the best approach.”