University of Turku Aims to Strengthen Co-operation with China

Jukka Kola, who will take up his Rector’s term in the University of Turku in August, has strengthened the University’s ties with Chinese universities during his visit in Hangzhou, China. The discussions raised an idea of an alliance of four universities, with the co-operation focusing especially on health, well-being, food sciences and corporate collaboration. The official negotiations are to be started in the fall. 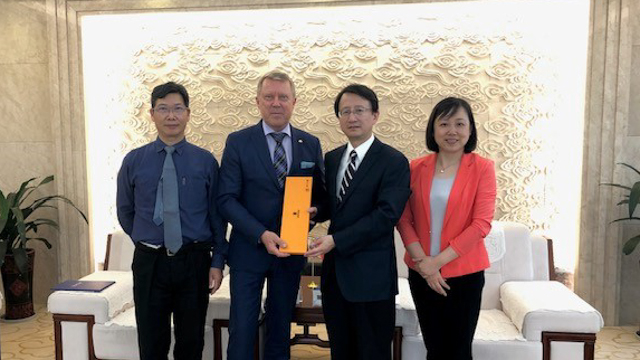 During his visit, Kola met with representatives of the local universities. Kola with ZJU Professor Longbao Wei (to the left), ZJU President Zhaohui Wu and the university’s Senior International Leader Min Li.

Jukka Kola took part in the IFAMA (International Food and Agribusiness Management) conference organised on 22–27 June in Hangzhou, China. The conference was joined by representatives of prestigious universities, political decision-makers and companies from around the world.

During his trip to China, the future Rector of the University of Turku aimed to create new openings for collaboration with the Zhejiang Province located in eastern China, and particularly with its administrative centre Hangzhou and the two large universities located in the city, namely Zhejiang University (ZJU) and Zhejiang A & F University (ZAFU).

Indeed, Kola has emphasised in his speeches the significance of internationalisation in global collaboration, funding calls and transnational education. According to Kola, the Chinese and Finnish universities could collaborate, for example, in the fields of health and well-being, food sciences and sustainable development. 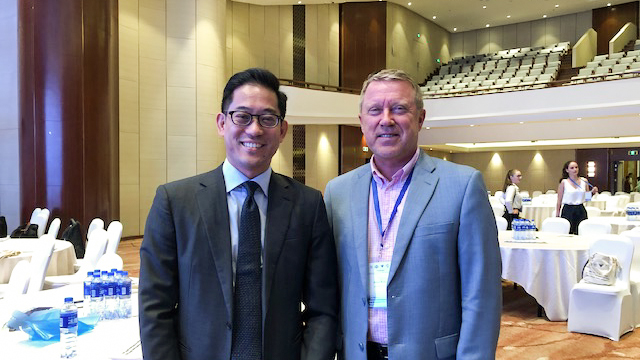 During his visit, Jukka Kola also met with representatives of the business sector. Here he is with Brian A. Wong, Vice President of the Global Initiatives unit at the online giant Alibaba Group.

The vibrancy of Hangzhou’s business sector stems partly from the fact that the online commerce giant Alibaba Group has its headquarters in the area. According to Kola’s vision, the e-commerce group could become a partner of the discussed new alliance, as Alibaba is strengthening its activities in the food and agriculture sector worldwide.

– Each one of us, from Turku to Timbuktu, must eat food every day to survive. But will there be enough food for all of us in the future? It was great to see that the Turku-based company Bayer was also well represented in the IFAMA conference with its theme ‘Global Food Security’. It is crucial that these matters are acknowledged on a global scale.

– We are planning to start official negotiations on the possible alliance of the four universities and on the related collaborative processes next fall, Kola concludes.

More on the topic