According to a new Finnish study, different groups of insectivores compete for the same type of food. Researchers of the University of Turku and the Finnish Museum of Natural History made the discovery by comparing birds, bats and dragonflies that forage in the same area in Southwest Finland. These very distantly related predators consumed the same insect groups, such as flies, mosquitoes, and other dipterans. The results shed new light on the decline in insect populations, because a remarkable portion of insectivores may actually be in greater danger than previously believed.

According to the study, one common source of food for birds, bats and dragonflies is chironomids. These mosquito-lookalikes do not consume anything as adults and can be found in great masses on the surfaces of lakes and other water systems.  In Finland alone, there are up to 800 species of chironomids. Chironomids are a very substantial and diverse family, and many insectivores have taken to their flavour. If an important group of insects like this dies out, the cascading effect on the nature and humans may be considerable.

– This is exactly what causes deeper concern. If many predators consume roughly the same food, the decline of chironomids, for example, could lead to an unprecedented ecocatastrophe, explains University Lecturer Eero Vesterinen from the Department of Biology at the University of Turku. 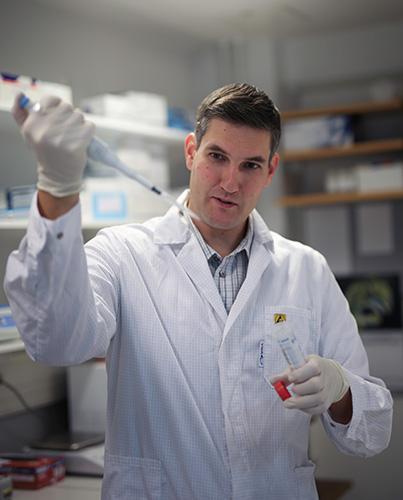 Basis in Extensive Research on Dietary Habits of Insectivores

Eero Vesterinen, who designed the study, has studied interspecific interaction for over a decade, focusing on food chains, or more specifically food webs.

– I compared the material I had collected along the years with the studies I had published, and noticed an exciting pattern. It seemed that even though predators that prey on insects are placed in different parts of the animal kingdom, and therefore do not share the same evolutionary history, there are clear similarities in their diet.

A more precise analysis was conducted on insectivores that were collected from the same area in order for the available prey taxa to be comparable. The insectivores from Southwest Finland selected for the study were the European pied flycatcher, northern bat, brown long-eared bat, Daubenton’s bat, whiskered bat, Brandt’s bat, black darter, common spreadwing, northern bluet, spearhead bluet, crescent bluet, and variable bluet.

– It is striking how similar the dietary composition between the invertebrates, such as dragonflies and the vertebrates, was in the study. These results also raise concerns about what would happen if the small dipterans that all our focal predators harvest would decline, says Senior Researcher Kari Kaunisto from the Biodiversity Unit at the University of Turku.

– The majority of all the bats in the world are insectivores, and our previous studies have already revealed many significant details about their diet, notes Academy Research Fellow Thomas Lilley from the Finnish Museum of Natural History.

The mass decline of insects has received extensive coverage in the recent years, and several reports based on long-term observations have been published on the topic. In places, the insect population has collapsed to under 50 percent, and news across the world is reporting similar events.

– The situation may be worse than previously estimated, if the results of the new study can be generalised inter-continentally. Our study seems to have produced different and elaborated data that helps us focus our future research on the phenomenon’s cascade effect higher in the food chain, ponders Vesterinen.

New Research Data on the Regulation of Hormone-dependent Breast Cancer