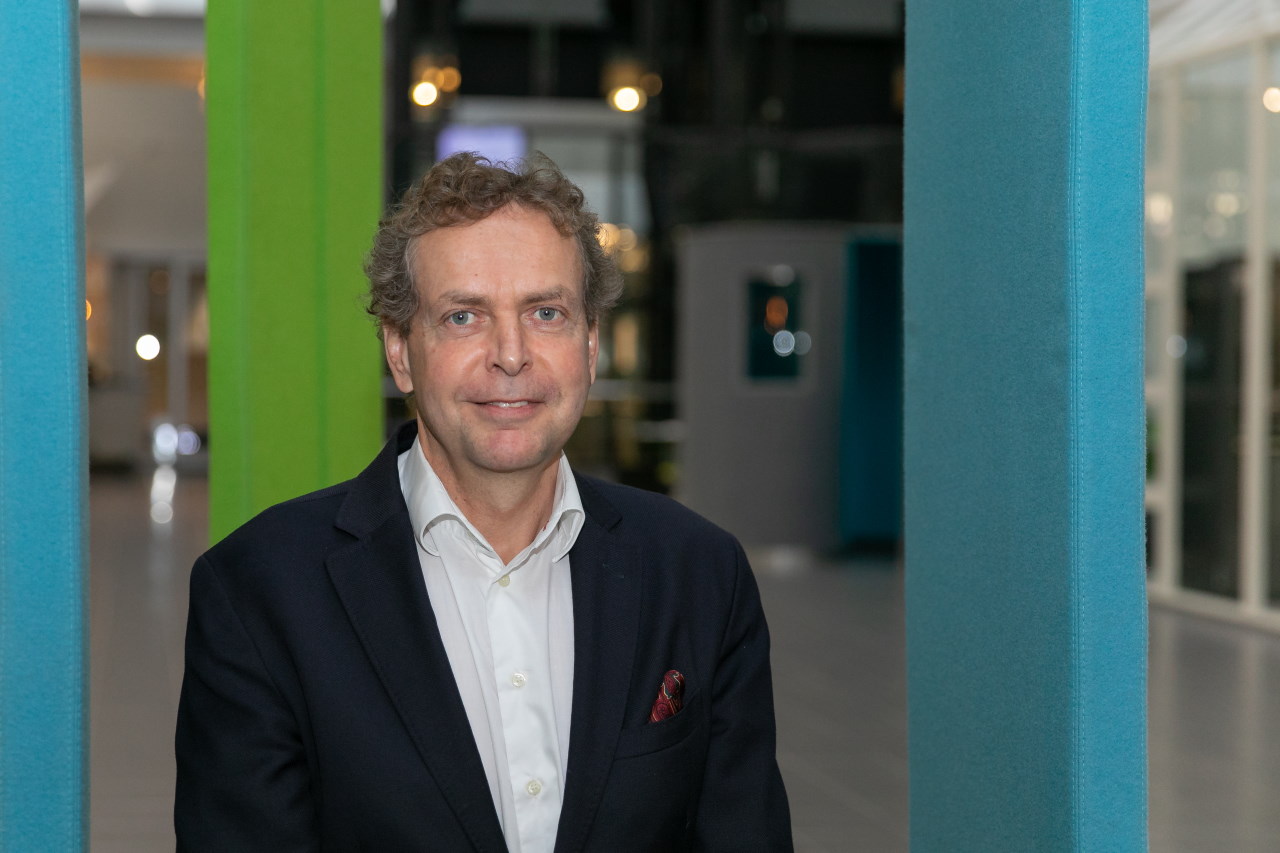 Professor Klaus Elenius from the University of Turku was appointed as the Scientific Director of BioCity Turku in late 2021. Photo: Suvi Harvisalo.

Professor Klaus Elenius was appointed as the Scientific Director of BioCity Turku in late 2021. The key responsibilities of the Scientific Director are developing and coordinating research as well as postgraduate and continuing education, developing the research environment and infrastructure; and promoting collaboration between researchers in bioscience and medical research.  The international BioCity Turku research community currently comprises more than 140 research groups.

– BioCity Turku has a key position in representing and coordinating research in bioscience both on a national and regional level. In the Turku region, BioCity Turku has a unique opportunity to support the researchers’ networking between two different universities, the University Hospital, and an exceptionally active business field, says Elenius.

Professor of Biochemistry at the University of Turku Jyrki Heino, who has been the Scientific Director of BioCity Turku since 2004, stepped aside at the turn of the year.

In the applicants’ interviews, special weight was given to the applicant’s broad scientific career, evidence of their research achievements, and how the applicant is able to develop the operations and research of BioCity Turku.

Klaus Elenius has had a remarkable career in e.g. the research of cancers and heart diseases. Since 1998, Elenius has led his own research group at the Institute of Biomedicine of the University of Turku, in the MediCity research laboratory, where he has been the Vice Director since 2000. Elenius has been a Professor of Medical Biochemistry since 2010.

Professor Klaus Elenius also has broad collaboration networks in the fields of biomedicine and cancer research both in Finland and internationally. Elenius has participated in establishing a company called Abonomics Ltd, and he has had research contracts with several companies in the medical field.

– Modern research cannot be conducted on a high level without coordination and networking between experts in different fields. In this collaboration, research funders, universities and hospitals where the research is conducted, and the corporate world which further develops the findings each have their own, necessary role, says Elenius.