Photosynthesis in conifer forests is one of the most important carbon sinks on a global scale. Unlike broadleaf trees, conifers are evergreen and retain their photosynthesis structure throughout the year. Especially in late winter, the combination of freezing temperatures and high light intensity exposes the needles to oxidative damage that could lead to the destruction of molecules and cell structures that contribute to photosynthesis. Researchers from the University of Turku have discovered a previously unknown mechanism that enables spruce trees to adapt to winter.

In boreal forest during late winter, freezing temperatures are typical but at the same time the sun can already shine very brightly. This combination is especially dangerous to evergreen plants, such as conifers. The chlorophyll pigment-proteins in their needles absorb light, but the enzyme activity, stopped by the cold, prevents the plants from using the light for photosynthesis. This exposes the cells to damage.

Dissipating the excess light energy as heat, the so-called non-photochemical quenching, is a common, fast, and dynamic but intermittent regulation mechanism in all plants and algae, and it is employed to protect the plant from damage caused by high light intensity. However, the combination of freezing temperatures and high light intensity results in a particular form of quenching in conifers: sustained non-photochemical quenching.

Researchers from the University of Turku, Finland, discovered an essential part of the mechanism associated to sustained non-photochemical quenching in conifers. The discovery is significant as the mechanism in question is still poorly understood in science.

– We collected needle samples from nature for four years and studied spruce branches in simulated conditions mimicking late winter. On the basis of biophysical and molecular biology analyses, we could show that the triply phosphorylated LHCB1 isoform and phospho-PSBS protein in chloroplast appear to be prerequisites for the development of sustained non-photochemical quenching that safely dissipates absorbed light energy as heat, say Doctoral Candidate Steffen Grebe and Postdoctoral Researcher Andrea Trotta from the Molecular Plant Biology unit of the Department of Biochemistry at the University of Turku.

The researchers believe that together with the limited photoinhibition of photosystem II, the phosphorylations lead to structural changes in pigment-proteins so that the needles can effectively dissipate the excess light energy.

The regulation mechanisms of photosynthesis have been previously studied on a molecular level mainly on fast-growing species regularly used in plant biology, such as thale cress (Arabidopsis thaliana) and the alga Chlamydomonas reinhardtii. However, it is not possible to study the winter acclimatisation with these plants and easily transfer the knowledge to conifer species. The molecular biology research of conifers became possible after the spruce genome sequencing was published in 2013.

– The spruce genome is approximately ten times larger than that of humans. The genome sequencing of spruce led by our long-time partner, Professor Stefan Jansson from the Umeå University, enabled the molecular photosynthesis study we have now conducted in Turku, says Principal Investigator, Academician Eva-Mari Aro.

The new information on spruces’ adaptation to their environment can be used in assessing the impact of climate change on photosynthesis of conifers and their carbon sink capacity.

The article was published in July in the esteemed Proceedings of the National Academy of Sciences of the United States of America: https://doi.org/10.1073/pnas.2004165117 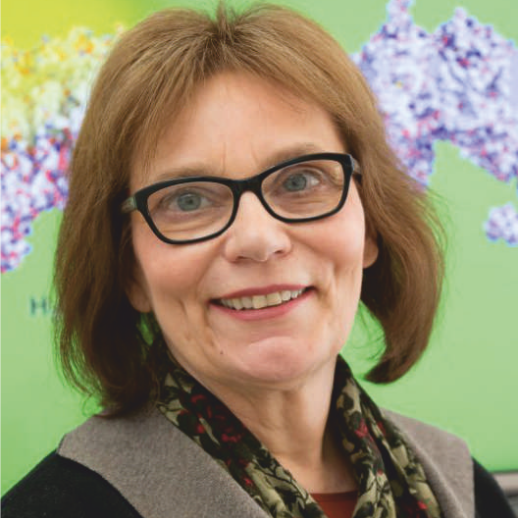