Poverty Experiences Are Not Unlike in Different Centuries

The Great Fire of Turku in 1827 was an enormous catastrophe for the city residents and drove many families into poverty.

“Poverty broadly touched the whole 19th century Finland, but in Turku, poverty was manifold when compared to the rest of the country even 20 years after the fire,” explains Professor of Finnish history Kirsi Vainio-Korhonen.

Vainio-Korhonen and Professor of Social Work Johanna Kallio have studied poverty experiences in Turku in the 19th and 21st century.

The idyllic museum quarter of Luostarinmäki was primarily a residential area for the poor and underprivileged in the 1800s. The area was tightly packed: many families only had one room for their use, and even that might have been shared with other tenants.

“Poor children might have lived in the same apartment with adults who were not their family members or even relatives. The temperance movement had yet to exist, and people used copious amounts of alcohol, particularly spirits. Luostarinmäki was surely a very rough place for many children to live in,” muses Vainio-Korhonen.

On the other hand, there was also a strong sense of community among the poor – for example, single mothers were not left outside the community, but received help from others.

“It’s surprising that some of the children who lived in Luostarinmäki went to school. Even single parents might have sent their children to school. The work contributions of children were important for many families, so giving them up shows a clear vision: families wanted to offer a different type of a future for their children,” says Vainio-Korhonen. 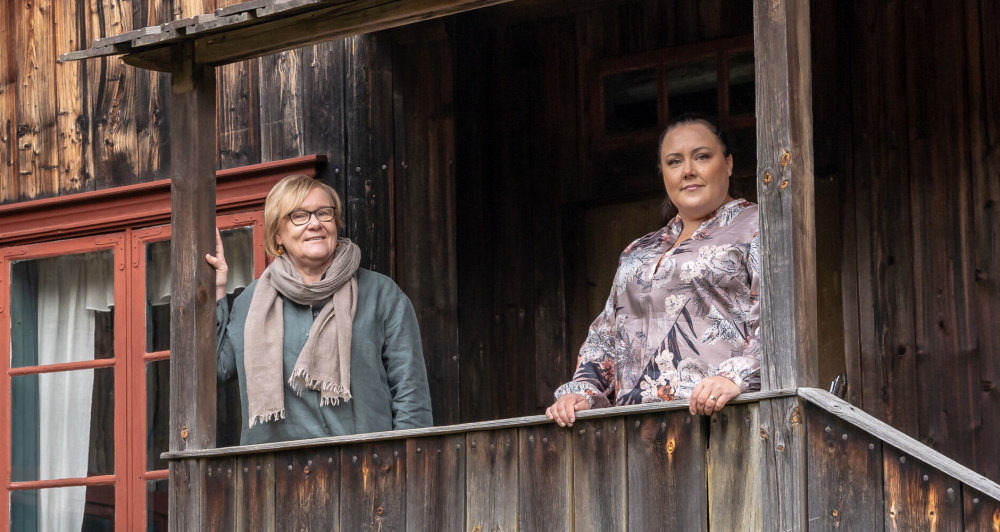 Kirsi Vainio-Korhonen and Johanna Kallio have edited the book ’Turun köyhät kasvot – Huono-osaiset perheet 1800- ja 2000-luvuilla’ published in summer 2022. The book tells about poverty and deprivation in the decades after the Great Fire of Turku as well as after the recession of the 2000s.

The poor did not constitute a homogeneous group in the 1800s, and neither do they do it in the 2000s. Children’s poverty has impacted their social networks during both centuries. Among the children of Luostarinmäki, poverty might have manifested in what type of godparents the child had. The less advantageous children had fewer godparents whereas children who were higher up in the hierarchy might have received a sought-after “key god parent”.

“In our century, on the other hand, a family’s poverty might limit their access to hobby equipment, right type of clothing, and toys. These types of thing have a significant role in children’s social relations nowadays,” says Kallio.

Poverty was very common in the 19th century, and thus also comprised a collective experience. Today, poverty is less commonplace, which on its part impacts how poverty reduces families’ well-being.

“In disadvantaged families, parents may often compromise their own expenses so that they can afford to for example buy certain branded shoes for their child and help them belong to the group. These sort of things may receive an even larger role in poor families than in well-off families,” says Kallio.

The article has been published in the Aurora magazine’s issue 2/2022.

Pekka Kolehmainen: “Culture Wars Were Waged in the United States through Rock”