Using the telescopes of the MAGIC collaboration, scientists have detected very-high-energy gamma rays from the nova eruption of the RS Ophiuchi recurrent nova on the Milky Way.  The measured radiation is up to one hundred billion times more energetic than visible light. This is the first time such intense gamma rays have been observed from a nova. The observations provide new insights into the role of nova eruptions as sources of the mysterious cosmic rays.

Towards the end of the life cycle of some binary stars, there is a stage where hydrogen from the extended outer layers of the giant can succumb to the fatal gravitational attraction of the dense dwarf, and accumulate on its surface. This causes a nuclear explosion called nova eruption. Nova eruptions are very bright in the visible light spectrum, but the RS Oph is the very first of them where extremely high-energy gamma rays have been detected.

Unlike our own Sun, most stars thrive in pairs as binary stars. The RS Oph is a pair of stars nearing the end of its life cycle, located on the Milky Way in the constellation of Ophiuchus (the serpent-bearer), approximately 5,000 light-years away from us. It consists of a dying giant star and a dead white dwarf. The stars are so close together that gas flows from the giant star to the surface of the white dwarf. The heat and pressure of the gas accumulating on the surface rise so high that it gives a start to nuclear fusion reactions and, as a result, a nuclear explosion occurs.

In the explosion, gas rushes into space from the surface of the white dwarf at a tremendous speed. The explosion is very luminous, up to 100,000 times brighter than the luminosity of an ordinary star like our Sun, and it can be seen in the sky even with the naked eye. Such a rapid increase in the brightness of an otherwise invisible stellar system led the ancient astronomers to believe that a new star had appeared in the sky. Thus, the term "Stella nova" (new star, and in short "nova") became a synonym for this process.

— As the previous eruption happened in 2006, we expected this one.  As soon as the Fermi Gamma-ray Space Telescope detected gamma rays from the direction of this source, we immediately reacted and pointed the MAGIC telescopes toward the target. The telescopes detected very-high-energy gamma rays which were 100 billion times more energetic than visible light detected from the nova, says Vandad Fallah Ramazani of the Finnish Centre for Astronomy with ESO and the Ruhr University of Bochum, Germany.

This is the first time such energetic radiation has been detected from nova eruptions. The observation revealed that the tiny subatomic particles accelerated nearly to the speed of the light in the shock waves generated by the explosion.

This observation is of particular interest to researchers, as nova eruptions are thought to be so much weaker than supernovae that their role as cosmic accelerators has previously been considered insignificant. The origin of cosmic rays, i.e. high-energy charged particles that collide in a constant steady stream into the Earth's atmosphere, has preoccupied scientists for more than a hundred years, since their first discovery. Supernovae, a phenomenon where a massive star perishes in a catastrophic explosion, have been considered a potential source.

However, nova eruptions are much more common than supernovae, and observations by MAGIC, Fermi, and other instruments have now shown that they are also effective particle accelerators.

— It may be presumed that the novae are also one source of cosmic radiation.  But since this was the first observation of nova at such high energies, we do not yet know how common it is for nova to accelerate particles to such high energies. In any case, the nova eruptions are now a new interesting research topic for researchers studying high-energy gamma radiation, summarises Academy Research Fellow Elina Lindfors from the Finnish Centre for Astronomy with ESO.

The MAGIC telescope system, located in La Palma of the Canary Islands, consists of a system of two 17-meter diameter imaging air Cherenkov telescopes. The very first MAGIC telescope started operating in 2004. The Finnish Centre for Astronomy with ESO has been involved in the collaboration operating MAGIC telescopes since the beginning.

Link to the publication in the journal Nature Astronomy 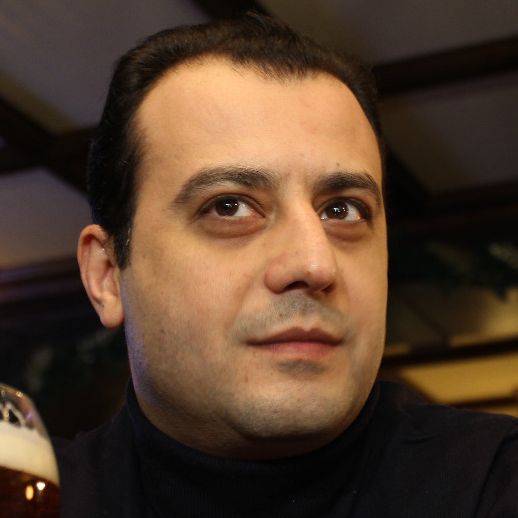