Soil microbes can have a great impact on the spread of harmful invasive species as they can either hinder or facilitate the plant’s growth. Researchers at the Department of Biology of the University of Turku, Finland, studied the role of soil microbiota in the success of garden lupine, which is an invasive species in the Finnish nature.

Lupinus polyphyllus, commonly known as the garden lupine, is a perennial herb native to North America. It was brought to Europe as an ornamental plant, but it escaped the gardens and is now considered an invasive species in many countries, including Finland. What makes the garden lupine interesting and a successful invading species are the root nodule bacteria which convert atmospheric nitrogen for the plant’s use. Nitrogen is needed for growth and in producing phytochemical compounds against herbivores.

“This symbiosis with bacteria benefits the garden lupine especially in nutrient-poor environments, such as sandy roadsides, where the plant often grows in abundance. This partly explains why garden lupine has managed to take up so much space in nutrient-poor areas where it can outgrow its local competitors that do not have such a symbiotic association  with bacteria,” explains Docent Satu Ramula from the Department of Biology at the University of Turku, Finland. 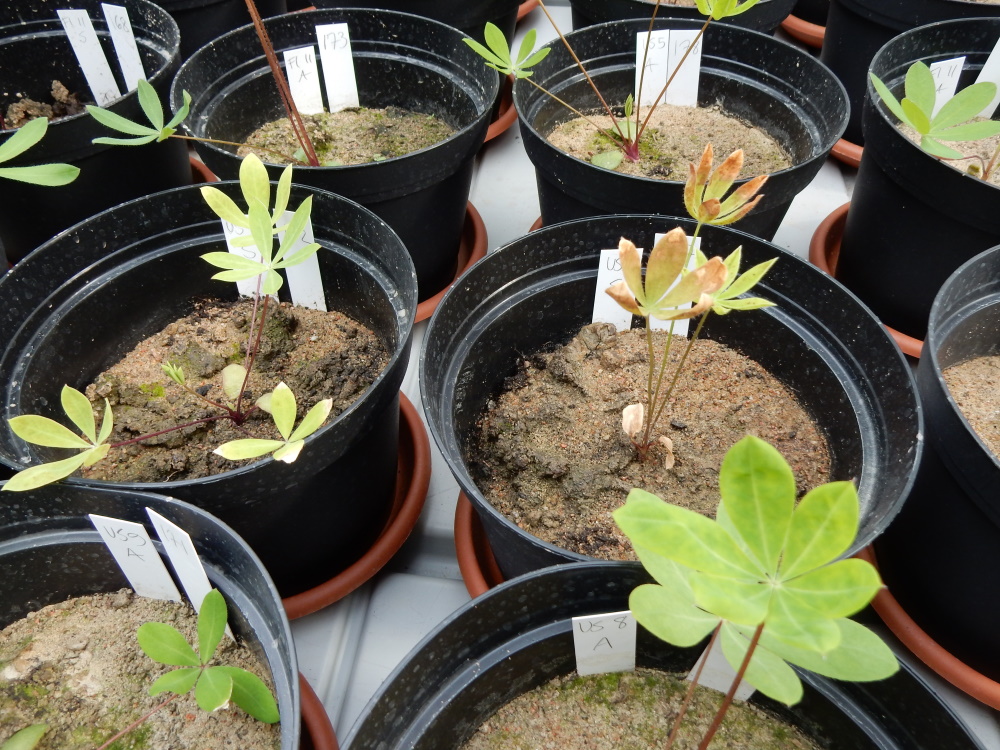 Soil Microbiota Can Also Affect the Smell of the Plant

The researchers planted garden lupines originating from North American and Finnish populations in nutrient-poor soil containing soil microbes from local lupine populations or in soil where the amount of microbes had been reduced.

The researchers discovered that, regardless of their country of origin, the garden lupines benefited from the soil microbes. The plants grew larger than the ones in the control group which had less soil microbes in their medium.

“In addition to growth, the soil microbes affected the smell of individual plants by altering the composition of the volatile organic compounds emitted by the leaves. Especially the plants that grew in the medium containing natural soil microbes produced volatiles that earlier studies have proven to act as deterrents to snails,” says Postdoctoral Researcher Aino Kalske. 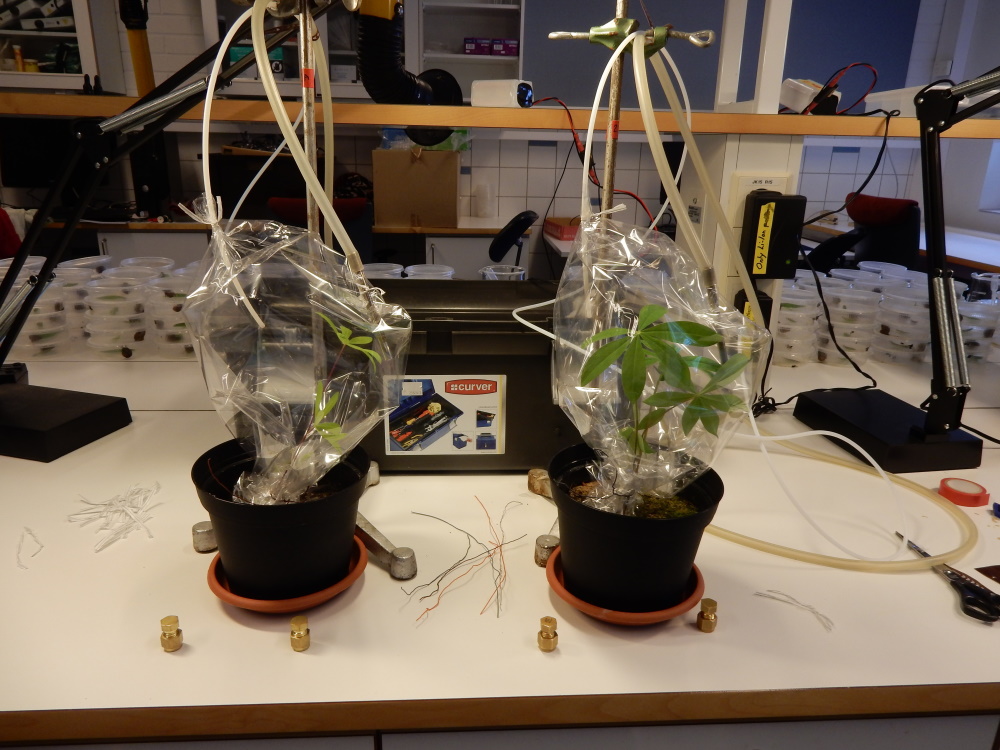 The soil microbes alter the smell of the garden lupine. The smell is studied by collecting the volatile organic compounds emitted by the leaves. The plants are enclosed in oven bags, and filtered air flows through the bags collecting the smell to the trapping tubes. The smell consists of several individual compounds which are separated with gas chromatography. Photographer: Satu Ramula

In order to study how the plant defended itself against herbivores, the researchers offered the plants’ leaves to copse snails, the garden lupine’s natural enemy. The experiment conducted in a laboratory setting provided surprising results. The plants’ defence against herbivores depended on the soil microbes in the growth medium.

“The copse snails ate less of the Finnish garden lupines than those originating from the North American populations when both plants had been grown in with the natural soil microbes. In plants that had been grown with reduced soil microbiota, we observed no differences in leaf consumption between the populations of different origins,” describes Kalske. 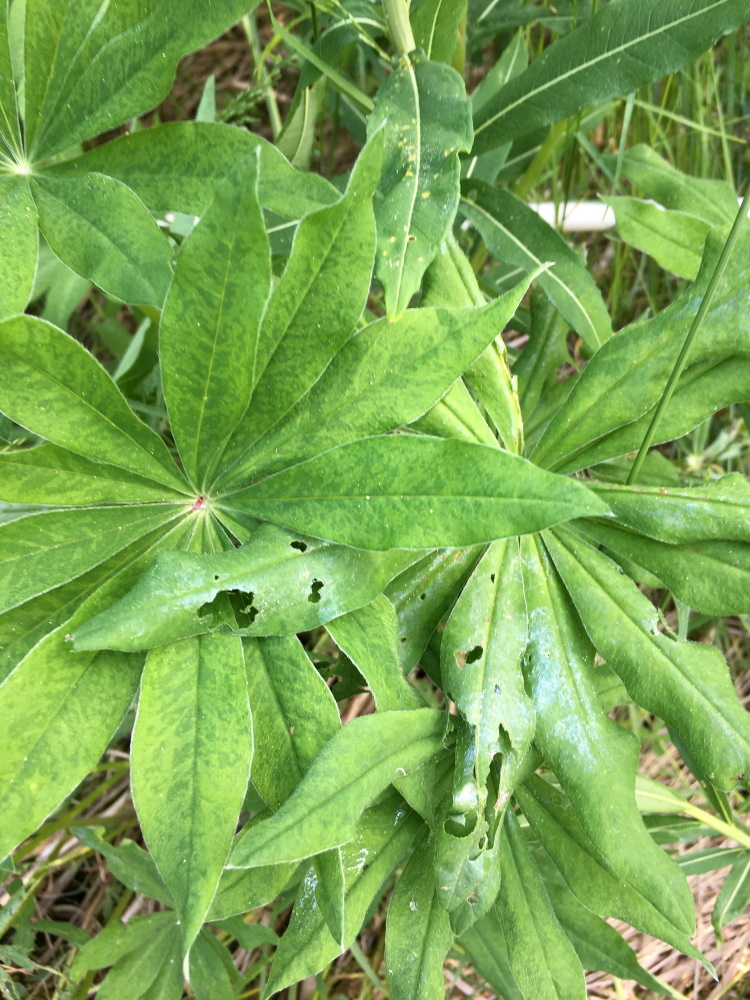 Damage caused by feeding copse snails (photo of a garden lupine growing in nature). The damage does not weaken a large, mature garden lupine, but can be fatal to seedlings, as the damage can reduce the plant’s growth and therefore prevent the garden lupine from spreading. Photographer: Satu Ramula

The results indicate that soil microbiota has a larger impact than previously thought on plants as well as on the organisms depending on them. Microbes not only contribute to the plants’ growth but also to their defence against herbivores. Soil microbiota is extremely abundant and just a tea spoon of soil can contain millions of microbes. However, the composition of the microbiota varies according to the local flora and soil type.

The researchers are currently studying whether the invasion success of the garden lupine is associated with soil microbes in nature.
The research article “Soil microbiota explain differences in herbivore resistance between native and invasive populations of a perennial herb” was published in the Journal of Ecology. 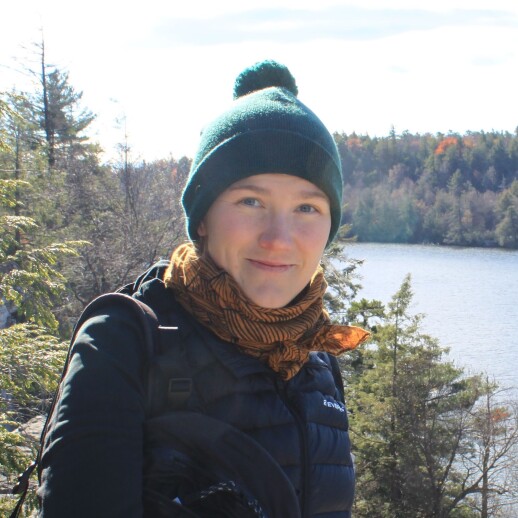 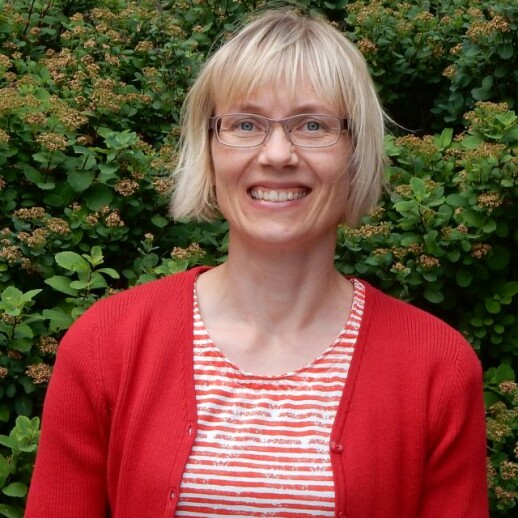