It has been possible to study Chinese language as a major subject at the University of Turku since 2021. The subject was recently strengthened with a new lecturer, Dr Hui Shi. The Chinese language department places special emphasis on the competence and skills needed in professional life and in various expert professions. The aim is that the students have a diverse understanding of the Chinese language and culture.

The Department of Chinese Language at the University of Turku emphasises the competence and skills required in professional life which can be utilised in various expert professions. According to Dr Shi, learning Chinese is for those who are interested not only in learning a new language but also in topics related to the Chinese society, history, culture, and international trade, for example.
There are already many connections between China and Finland. 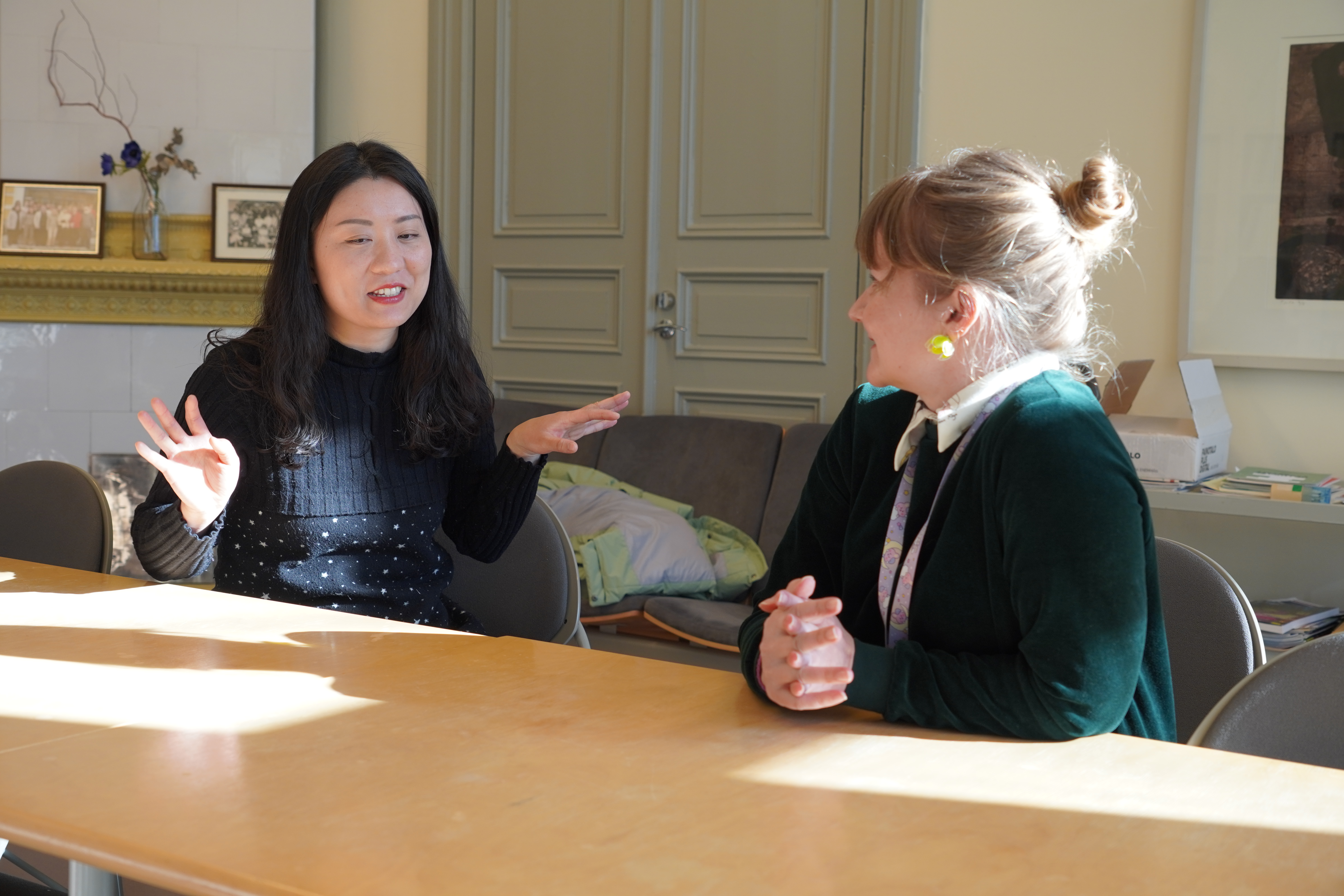 For Finnish students, studying Chinese opens doors to professional life and to a new way of thinking.

– Learning Chinese also opens new psychological and cognitive avenues as it is a completely different way of thinking and communicating with others. Studying Chinese engages the mind, but also the ears as the Chinese language is tonal. This means that the intonation of a word affects the meaning of the word, describes Dr Shi.

– The Chinese language is not only a language but also a cultural system, and one cannot learn a language without embracing some history as well. History lives in the language, for example, in the different expressions and figures of speech, explains Holttinen.

Students selected to the Department come from a variety of backgrounds: half of the students are selected on the basis of their upper secondary school diploma and half through an entrance examination. Therefore, students begin their studies at different starting points, but what they have in common is that Chinese is a completely new language for most of them – they start studying Chinese from the very basics.

According to Holttinen, few people in Finland who work with China and Chinese people know Chinese well enough to use it professionally in their work.

– One reason for this may be that the focus here is often on the West, with the exception of Russia. Sweden and Denmark, for example, have invested much more in Chinese research, and Chinese can be studied as a major subject in several universities. However, China is also a relevant country for Finns, says Holttinen.

According to Holttinen, Chinese is a topical language and experts in the language are needed to keep up with development. 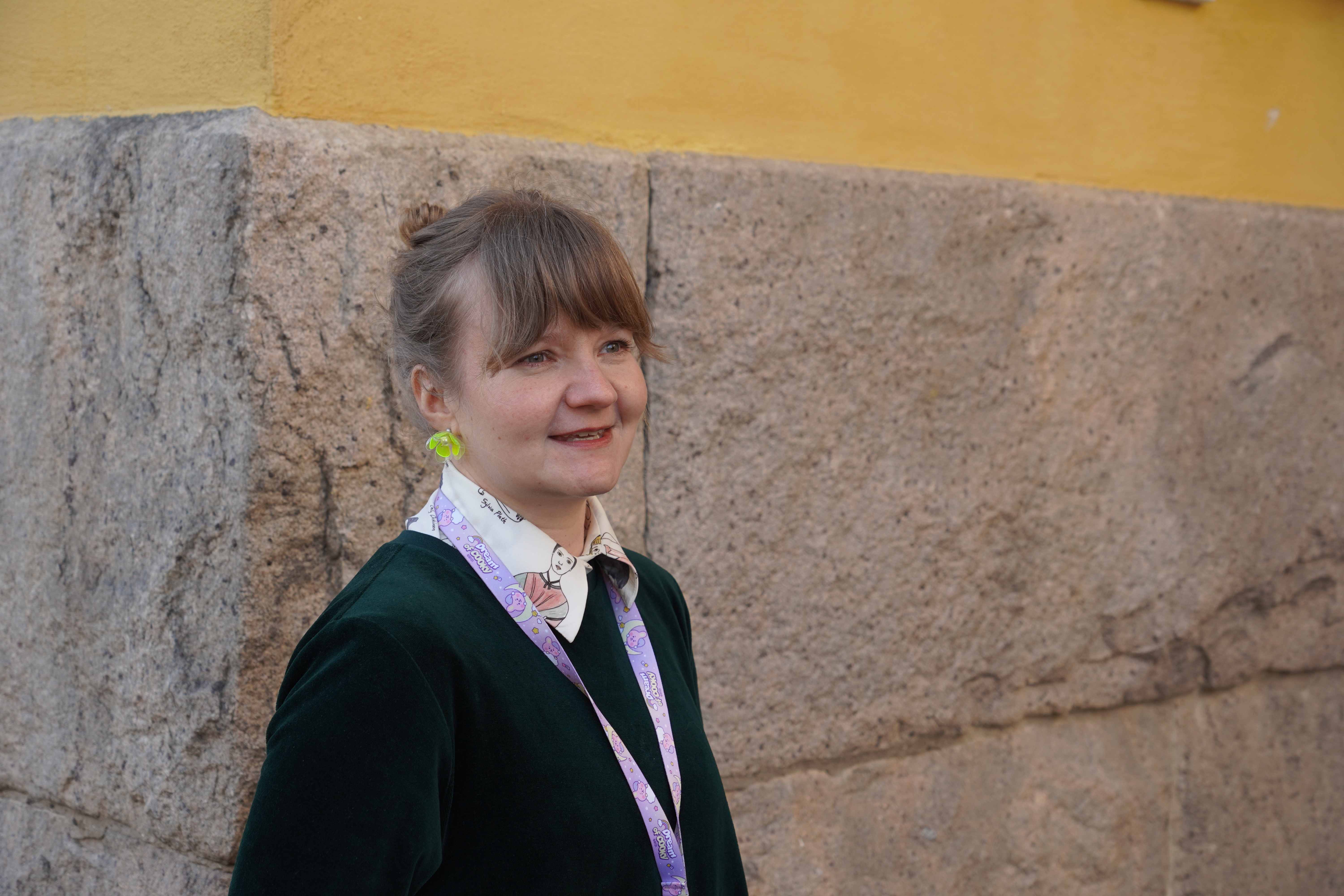 Dr. Shi also considers it in part a very human phenomenon that people do not have much knowledge about cultures that are foreign to them. In China, for example, Finland is often confused with Poland because the words sound similar.

– However, the Chinese have a very good view of the Finns. Young people in particular like Finnish culture and know something about it. For instance, gender equality is a theme that young women are keen to follow. Furthermore, Chinese people also admire the Finnish education system, says Dr Shi.

Although Chinese language and culture may seem distant in Finland, China is all around us: you can meet Chinese people on every continent.

Dr Shi has advice for new students who start learning Chinese in the fall.

– Based on my language teaching experience, my advice is to use the language shamelessly! You learn the language through using it. Speak to the natives – after all, using the language is the main point.

Chinese is often considered difficult to learn. The language differs a great deal from the European languages traditionally studied in Finland, which can create an image of a difficult language, partly for no reason. Shi and Holttinen agree that mistakes should not be feared, as they are a natural part of the learning process.

Dr Shi has a clear vision of her goals as a new Chinese language University Lecturer.

– My main goal is to provide good courses for the students. I hope that they will fall in love with the Chinese language and get more familiar with the language also outside the classroom by getting to know native speakers. Learning languages is also about building bridges between cultures.

Artificial Intelligence Is Deciding for Us