The University of Turku participated in the national Year of Research-Based Knowledge by e.g. having researchers solve problems inside a glass cube in the Science Battle event and encouraging children to get excited about science in the Tiedetestaajat science project for elementary school children.

The University of Turku participated in the Year of Research-Based Knowledge 2021 through several events and actions, part of them introduced below. The Year of Research-Based Knowledge was a joint initiative organised by the Ministry of Education and Culture, the Academy of Finland and the Federation of Finnish Learned Societies, and participated by a variety of different organisations. 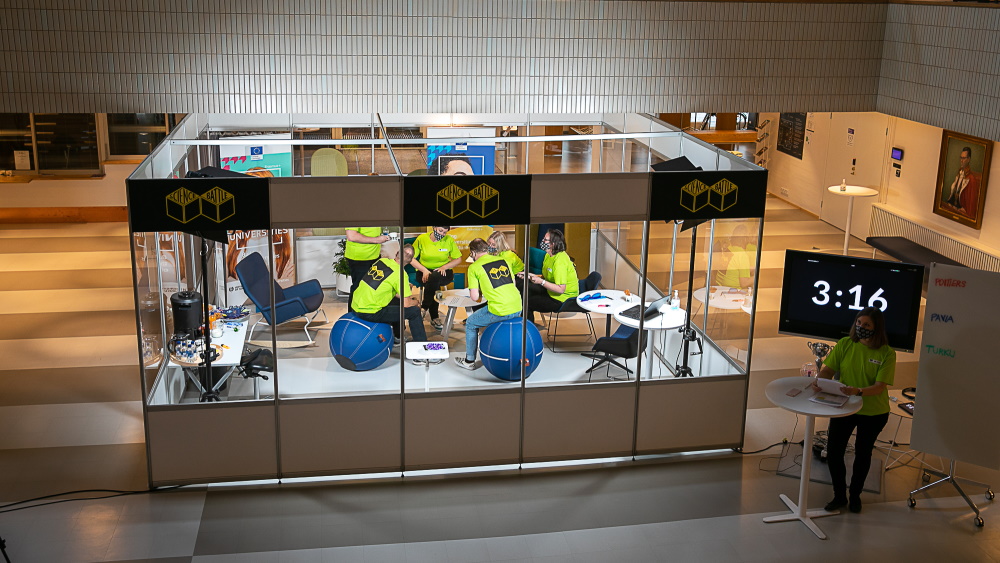 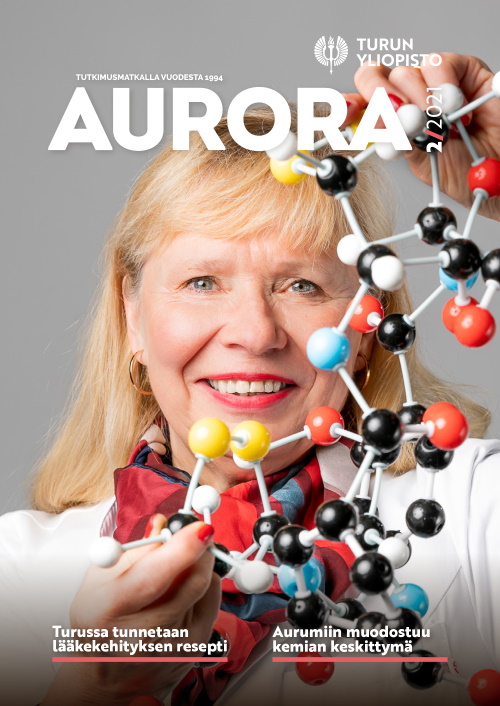 The Aurora magazine of the University of Turku also participated in the Year of Research-Based Knowledge. Two issues of the magazine were published over the year. The main article of the autumn issue (in the photo) dealt with the InFlames Flagship’s top research in drug development and diagnostics. In the main article of the spring issue, eight researchers from different disciplines explained what kind of challenges of the near future they were aiming to tackle with their research.

>> Read the translated articles of the Aurora magazine​ 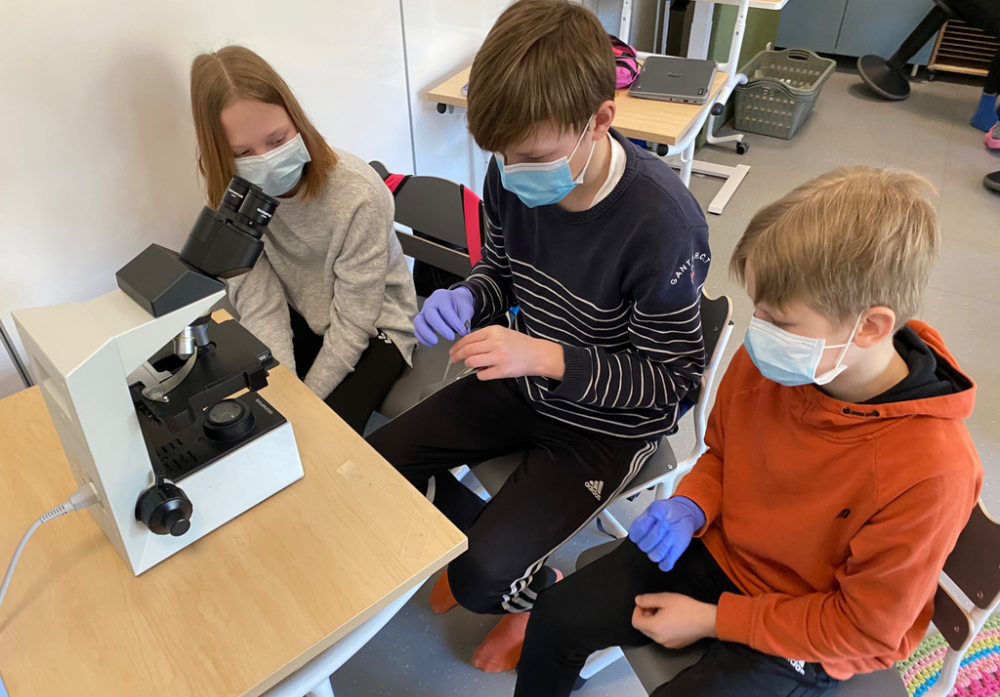 The Tiedetestaajat science project for children organised science-themed workshops for sixth-graders in March and April, and a closing event in May. The workshops and the event were organised as virtual events due to the coronavirus situation. The students had a chance to e.g. plan a study of their own using an eye-movement camera, search for constellations in the sky, and consider about how different emotions have been depicted before and nowadays. The questionnaires conducted during the project showed that the students’ attitudes towards science had become more positive over the course of the project. In the photo, students from Kurittula elementary school are participating in a workshop. 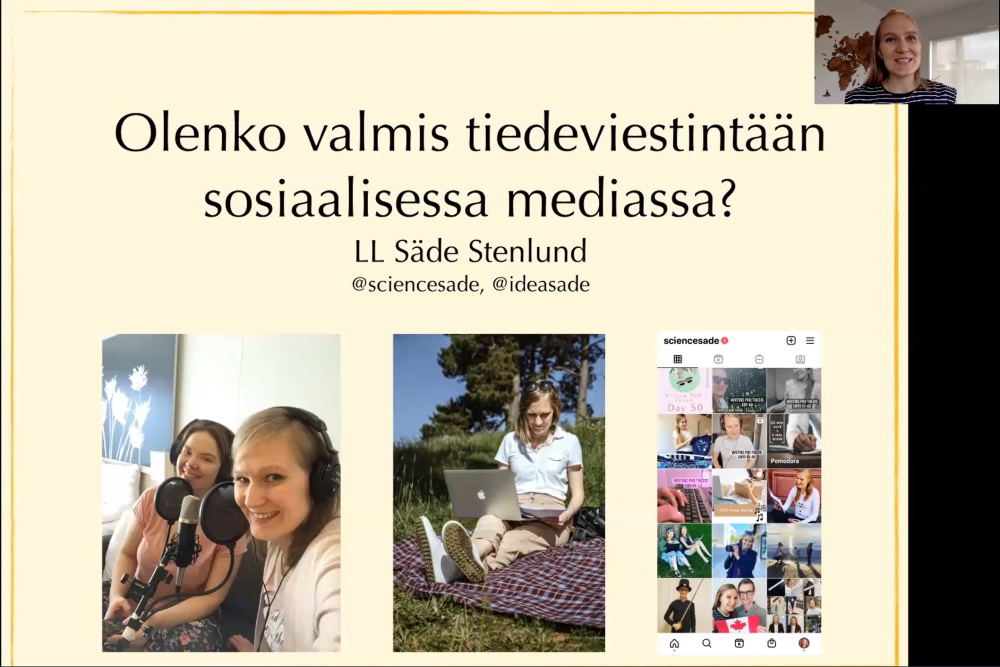 The INVEST Flagship, a joint initiative of the University of Turku and the Institute for Health and Welfare THL, organised a discussion panel in the SuomiAreena event on 14 July 2021 on the challenges of preventing school bullying and on serious school bullying incidents. The subject was discussed by Professor of Psychology Christina Salmivalli from the University of Turku, Director of Assisting Phone and Internet Services of the Mannerheim League for Child Welfare Tatjana Pajamäki, writer Antti Rönkä, and Senior Researcher at the Institute for Health and Welfare THL Piia Karjalainen. (Photo: Salmivalli, Karjalainen, the host of the event Kirsi Alm-Siira, and Pajamäki.) 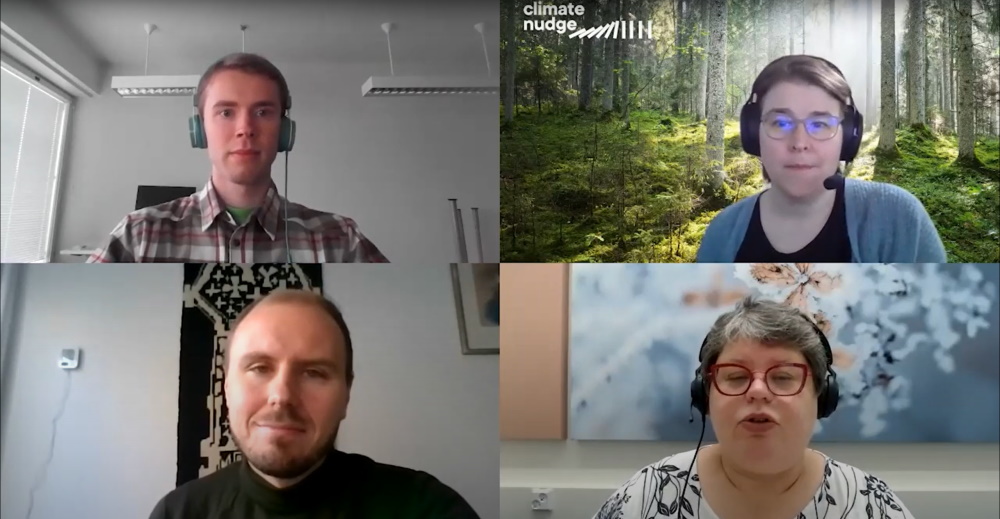 Tiedelinja is a discussion programme of the researchers of the University of Turku, and it can be watched as a video or listened as a podcast. On the Year of Research-Based Knowledge, the programme included discussions on the space, the academic roots of Turku, professional life, catastrophes, cancer treatment, and appearance. In the photo, University Teacher Sami Jouttijärvi, Professor of Psychology Paula Salo, Project Researcher of the Finland Futures Research Centre Joni Karjalainen, and Communications Officer Erja Hyytiäinen discuss about new energy solutions.