According to a Finnish study, the structure and function of the brain areas involved in emotions and their regulation are altered in both psychopathic criminal offenders and otherwise well-functioning individuals who have personality traits associated with psychopathy.

Psychopathy is a personality disorder characterised by persistent antisocial behaviour, impaired empathy, and bold, disinhibited and egotistical traits. However, similar antisocial traits are also common, yet less pronounced, with people who are well-off psychologically and socially. It is possible that the characteristics related to psychopathy form a continuum where only the extreme characteristics lead to violent and criminal behaviour.

The collaborative study of Turku PET Centre, Karolinska Institutet, and Psychiatric Hospital for Prisoners in Finland examined the brain structure and function in psychopathic prisoners and healthy volunteers. Brain structure was measured with magnetic resonance imaging. The participants also viewed violent and non-violent films while their brain activity was monitored with functional magnetic resonance imaging.

–In psychopathic criminal offenders, the density of the brain areas involved in cognitive control and emotion regulation was compromised. When viewing violent films, these areas showed stronger reactions in psychopaths. In a large sample of healthy control participants, psychopathy-related traits were associated in similar changes in brain structure and function: The more psychopathic characteristics a person had, the more their brain resembled the brains of psychopathic criminals, explains Professor Lauri Nummenmaa from Turku PET Centre at the University of Turku, Finland.

– Structural and functional changes in the brain were focused in the areas involved in emotions and their regulation. The changes in the activity and structure of these areas can explain the callousness and impulsiveness associated with psychopathy, says Professor Jari Tiihonen from the Karolinska Institutet.

– The results show that the degree of psychopathic characteristics varies also in the general population. Having a little bit of psychopathy-related traits does not cause problems, but for about one percent of the population, psychopathy is so strong that it may lead to criminal and violent behaviour, notes Chief Psychiatrist and Docent Hannu Lauerma from the Psychiatric Hospital for Prisoners in Finland.

– Studying prisoners is difficult, but provides critical information about the neurobiology of violence and aggression. Conducting this type of a study would not have been possible without the help from the staff at Turku Prison, emphasises Nummenmaa.

The findings help to understand the biological mechanisms behind violence, and enable to plan new and more effective treatments to aggression and antisocial behaviour.

The study was funded by the Academy of Finland, Sigrid Jusélius Foundation, the European Research Council (ERC), and Valon Vuoksi Foundation.

The results have been published in the journal Cerebral Cortex.

Video of brain responses while watching a violent film

Brain Basis of Psychopathy in Criminal Offenders and General Population 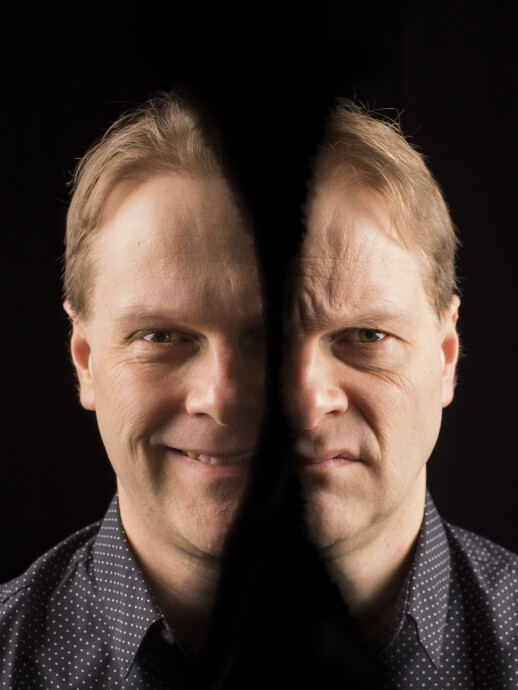 Innovation Cooperation in Brain Research is Intensifying in Southwest Finland