Researchers from the University of Turku analysed the contents of a medieval latrine to study the life and diet of people who lived in the 15th and 16th century Turku. One of the most interesting finds was melegueta pepper, which grows in Africa and was used as a spice similar to black pepper. The research shows that, in addition to using the resources of the surrounding nature, the citizens of medieval Turku also had contacts abroad.

In 2014–2015, an archaeological excavation led by Turku Museum Centre was conducted in Turku on the grounds of the Cathedral School next to the Old Great Square. One of the more extraordinary finds made by the archaeologists was a simple, quadrilateral wooden latrine. The latrine had been used between 1450 and 1520 CE.

– The contents of the outhouse offered a unique opportunity to study the everyday life and diet of people who lived in medieval Turku. Researches from the University of Turku specialising in plants, insects, moss, pollen, and animal bones participated in the study to learn more about the life and natural environment in the Middle Ages, says Mia Lempiäinen-Avci who studies archaeobotany.

The countless grains as well as berry and fruit seeds found in the latrine give clues about the food people ate in the Middle Ages.

– Another indicator of the diet were small fish bones which we discovered in the latrine in large numbers. They ended up in the toilet after first passing through people’s digestive system, describes Auli Bläuer whose area of expertise is animal bones.

The latrine was situated next to a yard used for depositing domestic waste in 1350–1450 before the actual latrine was built. When the researchers studied this area, they discovered a rare curiosity: a melegueta pepper that grows in Africa.

– This exotic “grain of paradise” was used as a spice similar to black pepper. Melegueta pepper was rare in Europe and this discovery is first of its kind in Finland, says Lempiäinen-Avci.

Melegueta pepper, i.e. “grain of paradise”, was a rare spice in medieval Europe. The discovery is first of its kind in Finland. Photographer: Mia Lempiäinen-Avci.

Researchers discovered that domestic waste, such as bovine bones, was also disposed of in the latrine after food preparation. Furthermore, other waste was detected among the contents of the latrine, including a wooden pail that contained hundreds of seeds from millet, wild strawberries, crowberries, cloudberries, raspberries, figs, bilberries and grapes.

– For some reason, someone had also thrown in a kitten and a chicken, which we discovered among the contents of the lavatory together with a raven skull, recounts Bläuer.

The latrine also included moss which, on the basis of their species, could come from the forests and swamps around Turku.

– It is difficult to uncover the purpose of the moss with full certainty, but it is probable that it was used, for example, as toilet paper and pit additive. Moreover, moss used as packaging material or litter might have ended up in the latrine alongside domestic waste, says researcher Sanna Huttunen from the Biodiversity Unit of the University of Turku.

In addition to the waste, the researchers also detected rye, barley, and wheat pollen in the lavatory strata, which indicates that there were fields nearby. Earlier archaeological excavations around Turku have shown that there were fields next to the Turku Cathedral in the Middle Ages. On the other hand, the insect and arthropod remains show that the surroundings had been moist with pools of stagnant water where the animals thrived.

– The research conducted at the Cathedral School is the second archaeological study in Turku where we have also studied the bugs, i.e. arthropod fossils. The most numerous arthropod fossils were beetle wing cases and moss mites under a millimetre in size. Especially the moss mite fossils were almost entirely intact, says Riikka Elo, who is one of the few moss mite researchers in the world.

– Pollen, moss and insects preserved in the medieval soil tell us a story about the living conditions of the past, says pollen researcher Teija Alenius.

Emerita Curator Ritva Penttinen of the Biodiversity Unit and PhD Riikka Elo explore the wooden structure discovered under the floor of the Cathedral School during the archaeological excavation in 2015. Photographer: Mia Lempiäinen-Avci. 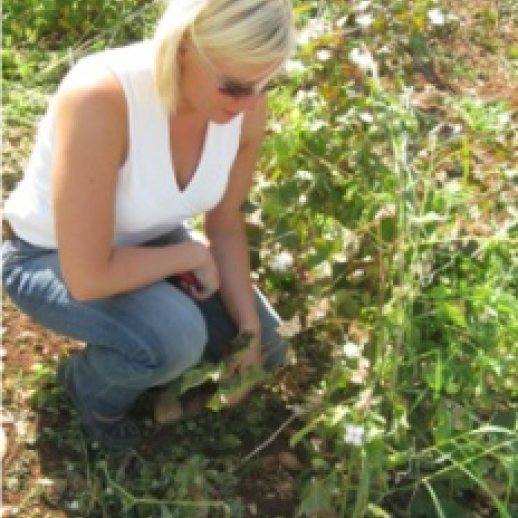 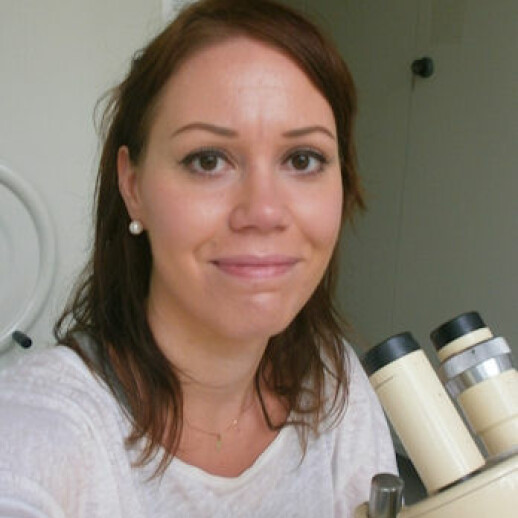 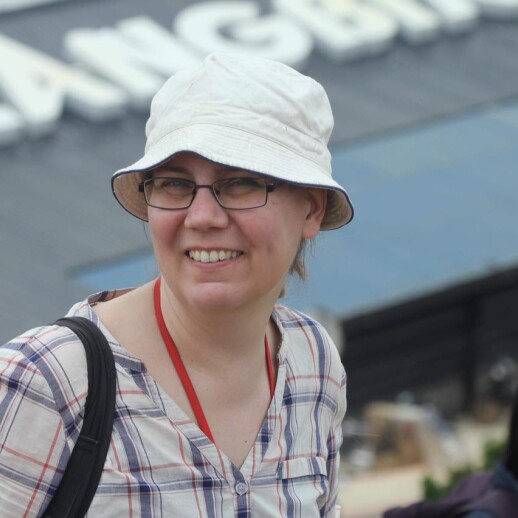