Extent of the study programme

Biomedical Imaging – more than you can imagine!

The studies in Biomedical Imaging provide you with strong knowledge on either cellular biology, anatomy and physiology, nanomedicine or biophysics, depending on the area of your specialisation. You will study in a highly international environment and gain excellent theoretical and practical skills in a wide range of imaging techniques and applications as well as in image analysis.

In addition, the courses cover light microscopy, advanced fluorescence techniques, super-resolution imaging techniques, PET, electron microscopy and atomic force microscopy. An understanding of the use of multimedia in a scientific context and excellent academic writing skills are emphasised. The interdisciplinary curriculum provides you with a broad spectrum of state-of-the-art knowledge in biomedical imaging related to many different areas in cell biology and biomedicine.

The graduates have the possibility to continue their studies as doctoral candidates in order to pursue a career as a scientist, in industry or science administration, and in an imaging core facility or a hospital research laboratory.

See more information on the programme and student experiences at 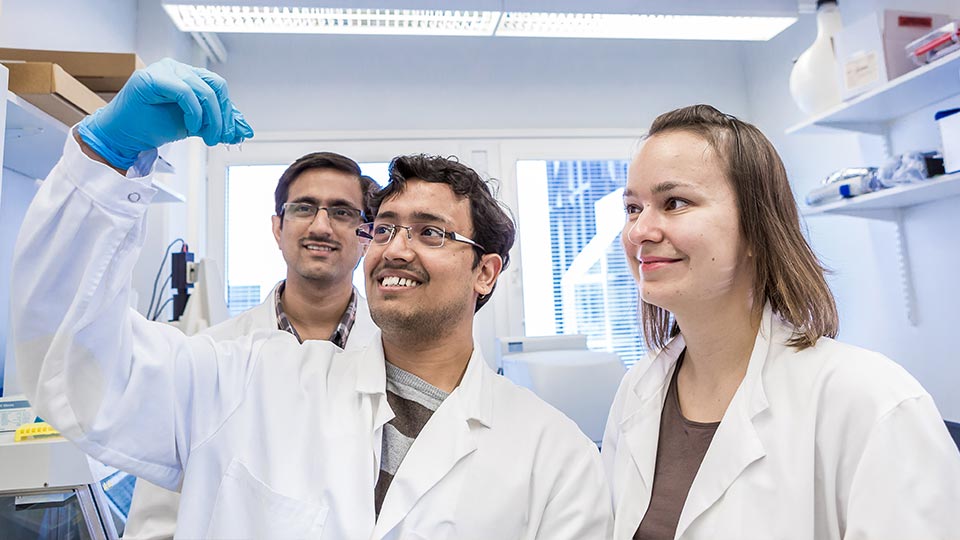 The programme in total is 120 ECTS (2 years). The structure for the specialisation track in Biomedical Imaging is: 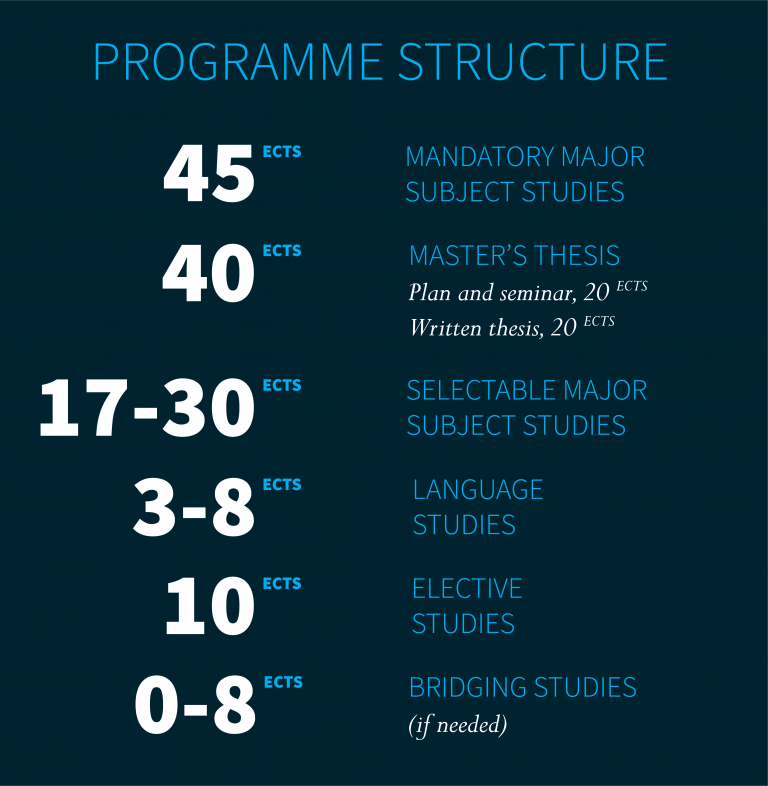 The strong imaging expertise of the universities in Turku offers a great environment for studying Biomedical Imaging. Imaging is one of the strongholds of the two universities in Turku, the University of Turku and Åbo Akademi University. Both universities were also involved in the founding of Turku BioImaging, which is a broad-based, interdisciplinary science and infrastructure umbrella that unites bioimaging expertise in Turku and elsewhere in Finland. Turku is especially known for its PET Centre and the development of super-resolution microscopy. Another example of research conducted in Turku is Turku Center for Disease Modeling.

Winner of the 2014 Nobel Prize in Chemistry Stefan Hell did his original discoveries on STED microscopy at the University of Turku. Turku is also a leader of the Euro-BioImaging infrastructure network which provides imaging services for European researchers.

Turku has a unique, compact campus area, where two universities and a university hospital operate to create interdisciplinary and innovative study and research environment.

Studies in BioImaging are highly research oriented and the courses are tailored to train future imaging experts in various life science areas.

Biomedical Imaging specialisation track is very interdisciplinary with a unique atmosphere and people from different countries and educational backgrounds interacting and co-operating. Students are also encouraged to join courses, workshops and internship projects elsewhere in Finland, in Europe and all around the world. The programme has Erasmus+ exchange agreements with University of Pecs in Hungary, L’Institut Supérieur de BioSciences in Paris, France and Université de Rouen Normandie in Rouen, France.

Master’s thesis in biomedical imaging consists of an experimental laboratory project (including hands-on imaging) with thesis plan and seminar presentations, and the written thesis.

The aim of the thesis is to demonstrate that the student masters their field of science, understands the research methodology as well as the relevant literature, and is capable of scientific thinking and presenting the obtained data to the scientific community.

Usually the Master’s thesis is conducted in a research group as an independent sub-project among the group’s research projects. Experimental research work will be conducted under the guidance of a supervisor.

Turku has longstanding research traditions in the field of biomedicine. Especially the fields of drug discovery, diagnostics, and biological and medical imaging represent the top level expertise of the University of Turku.

The Biomedical Imaging specialisation track is part of the MSc Degree Programme in Biomedical Sciences, which is a collaboration of two universities, the University of Turku and Åbo Akademi University. The close co-operation of three biomedical programmes forms a unique educational combination of biomedical sciences in Finland and worldwide.

The offered education is based on the true research strengths of the participating units:

Other specialisation tracks of the Master's Degree Programme in Biomedical Sciences are Drug Discovery and Development and Molecular Biotechnology and Diagnostics. Major subject studies in each of the tracks are track-specific but can be offered as elective studies for the students of all of the study tracks. Each student makes a personal study plan which helps them select the courses which correspond with their personal interests and background.

Biomedical Imaging is jointly administered and run by the University of Turku and Åbo Akademi University. An applicant is highly recommended to apply to the programme/track through both universities.

After completing the studies, you will:

The interdisciplinary curriculum provides you with broad knowledge on biomedical imaging related to many areas of biomedicine and life sciences.

The Biomedical Imaging specialisation track aims to train future imaging and image analysis experts to meet the increasing demand in the fields of basic and medical research as well as the high demand for imaging core facility personnel.

The Programme provides excellent possibilities for a career in life sciences. For example, you can:

Master of Science degree provides you with eligibility for scientific postgraduate degree studies.

Together with the doctoral programmes the Graduate School provides systematic and high quality doctoral training. UTUGS aims to train highly qualified experts with the skills required for both professional career in research and other positions of expertise.

Several doctoral programmes at University of Turku are available for graduates:

You are an eligible applicant for Master’s-level studies if

Applicants must reach the minimum required test results to be considered eligible to the University of Turku. No exceptions will be made. Read more about the language requirements here.

The degree on basis of which you are applying to the MDP in Biomedical Sciences must be in a relevant field of study. For the Biomedical Imaging track such fields are

The applicants should also be familiar with the basics of laboratory practice. Both Finnish and foreign students can apply to the Programme.

The applicants will have to put the specialisation tracks they are applying to into an order of preference upon application. The applicants can apply up to two tracks in Biomedical Sciences programme.

Applications are evaluated by the admission committee of the Master’s Degree Programme. The applicant is scored separately for each track they are applying to. The admission committee also interviews the best scoring applicants (maximum 40) in each specialisation track. The interviews will take place on week 11/2022 (14.-18.3.2022). The interviews will be organized remotely and all applicants need to use video connection. The interview invitations will be sent by e-mail. If the applicant cannot be reached for the possible interview with a video connection, the application will not be processed further. The applicant will be given a pre-assignment for the interview. In the interview the preassignment will be presented orally only, no visual aids (Power Point, posters, sketch boards etc.) are allowed to use.

Scoring based on the application:

Scoring based on the interview:

How and when to apply

What is Biomedical Sciences? A student’s perspective

Talk to a current student

Details about the course contents

At UTU, students are surrounded by inspiring, helpful and motivating community – by people who are passionate about what they do.
Rasha ElMansuri
Libya - Finland
Biomedical Sciences: Biomedical Imaging

This Programme and city helps me expand my skills and improve as much as possible, both in career and life.
Dado Tokić
Bosnia and Herzegovina
Biomedical Sciences: Biomedical Imaging

10 reasons why you should choose the University of Turku

See all International Degree Programmes at the University of Turku