Jukka Kola, Rector of the University of Turku, thanked the university’s working group under the leadership of Professor Riitta Pyykkö, for preparing an effective application.

– Cooperation between the universities has been successful. The funding of European cooperation is also excellent for our new strategy, in which internationality plays an important role.

The EC2U alliance was established in 2017. In addition to Turku, the following universities are part of the alliance: Coimbra (Portugal), Alexandru Ioan Cuza (Iasi, Romania), Friedrich Schiller University (Jena, Germany), Pavia (Italy), Salamanca (Spain) and Poitiers (France, coordinating university). It comprises a total of some 160,000 students and 20,000 staff. 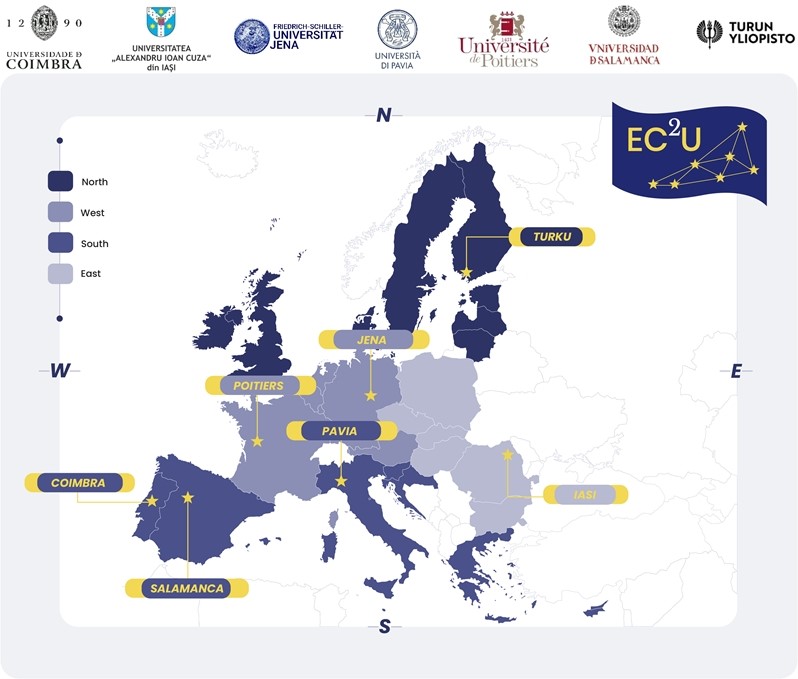 The fact that the Universities were active members of the Coimbra university network over a long period contributed to the formation of the alliance.

In accordance with its name, the European Campus of City Universities promotes cooperation between the cities and the universities. The objective of the network is to create innovative forms of collaboration and free modes of movement between the seven universities and cities - including virtually. Joint master's programmes will be developed as a one instrument for collaboration.

Thematically, the network is linked to three of the UN’s Sustainable Development Goals: Ensuring healthy lives and promoting well-being at all ages (3), Guaranteeing open, equal and quality education and lifelong learning opportunities for all (4) Guaranteeing safe and sustainable cities and communities (11).

Each university in the alliance has its own area of responsibility. The University of Turku’s objective is to develop learning environments and to plan events focusing on science and culture that promote sustainable development goals. In these events, the aim is to utilise the Science Battle concept, for example. In addition, the My mobile tutor application, developed by students at the University of Turku, will be distributed to all seven universities.

– Access to funding opens many new avenues for educational collaboration.

Encouraging and Ambitious International Programme to University of Turku

EC2U Forum: Support and Co-operation at the Heart of the Discussion