Brain regulation of feeding behaviour traits has remained incompletely understood. In their latest study, researchers at the Turku PET Centre, Finland, discovered a connection between the function of the opioid system and food craving triggered by appetitive external stimuli.

Animal studies have established that the brain’s opioid and endocannabinoid systems are important in regulating eating behaviour and mediate the food reward experience. For instance, alterations in these systems’ signalling have been associated with obesity. In general, both internal signals of the body, such as fluctuation in blood sugar levels, and external stimuli, such as food advertisements, can spark an appetite in humans.

In their new study, researchers at the University of Turku, Finland, investigated the connection between the brain’s opioid and endocannabinoid signalling and different types of eating behaviour. They discovered that the function of the opioid system is connected to eating triggered by external stimuli.

– The less binding sites there were for the opioids, the greater was the tendency to eat in response to external stimuli, such as seeing appetising food. Moreover, the number of binding sites for endocannabinoids was connected to several different types of eating behaviour, describes first author, Doctoral Candidate Tatu Kantonen from the University of Turku.

According to Kantonen, the results indicate that especially the opioid system could be a potential target for anti-obesity drugs in humans.
The research data was obtained from the AIVO database hosted by the Turku PET Centre. The research was funded by the Academy of Finland. 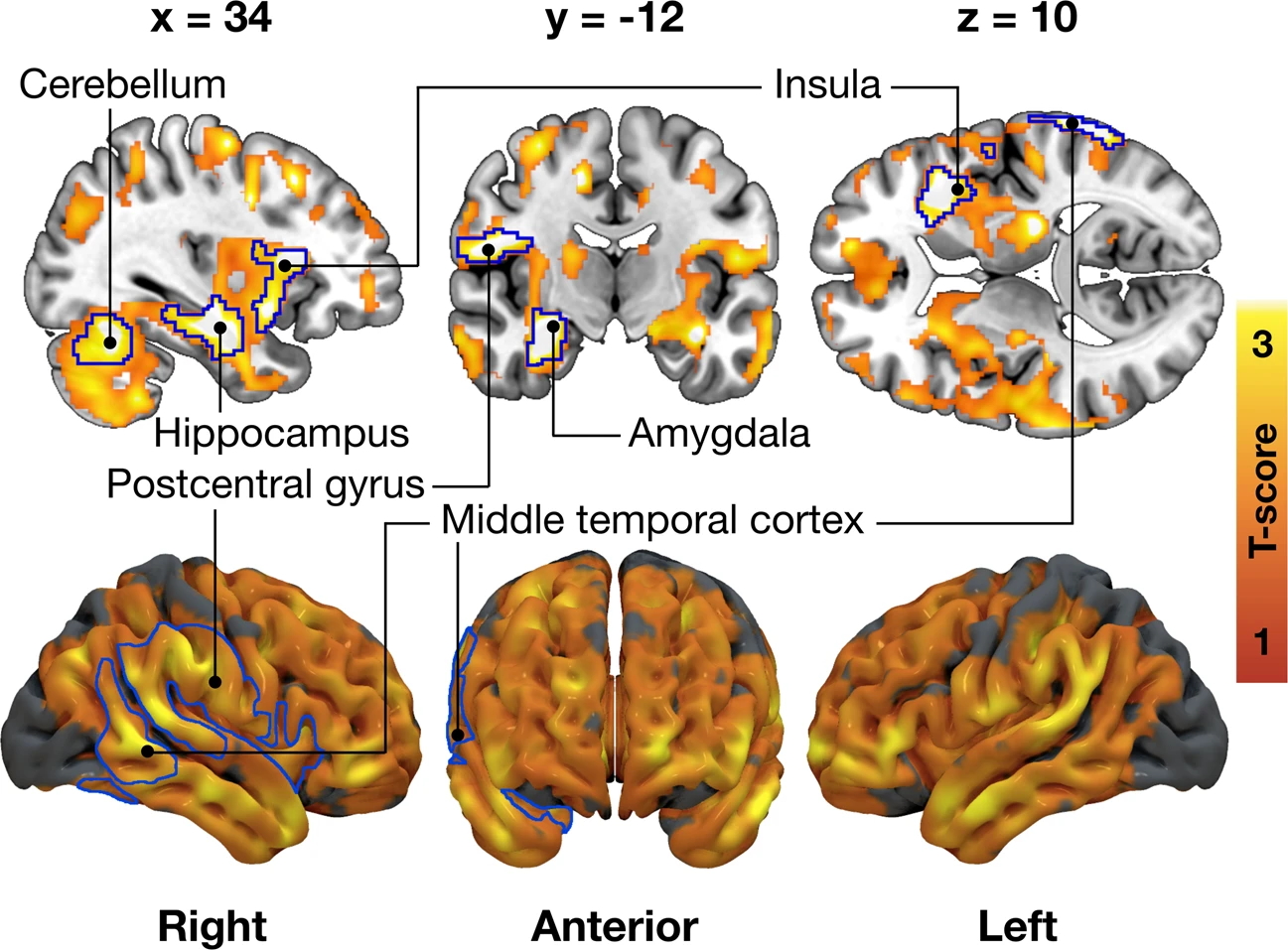 Brain regions where connections between the opioid system and eating triggered by external stimuli were discovered. Yellow colour indicates a stronger connection.

The study was published in the journal Translational Psychiatry