CCR celebrates the end of 10th-anniversary year by rewarding TSE colleagues for collaboration, cohesion and interaction 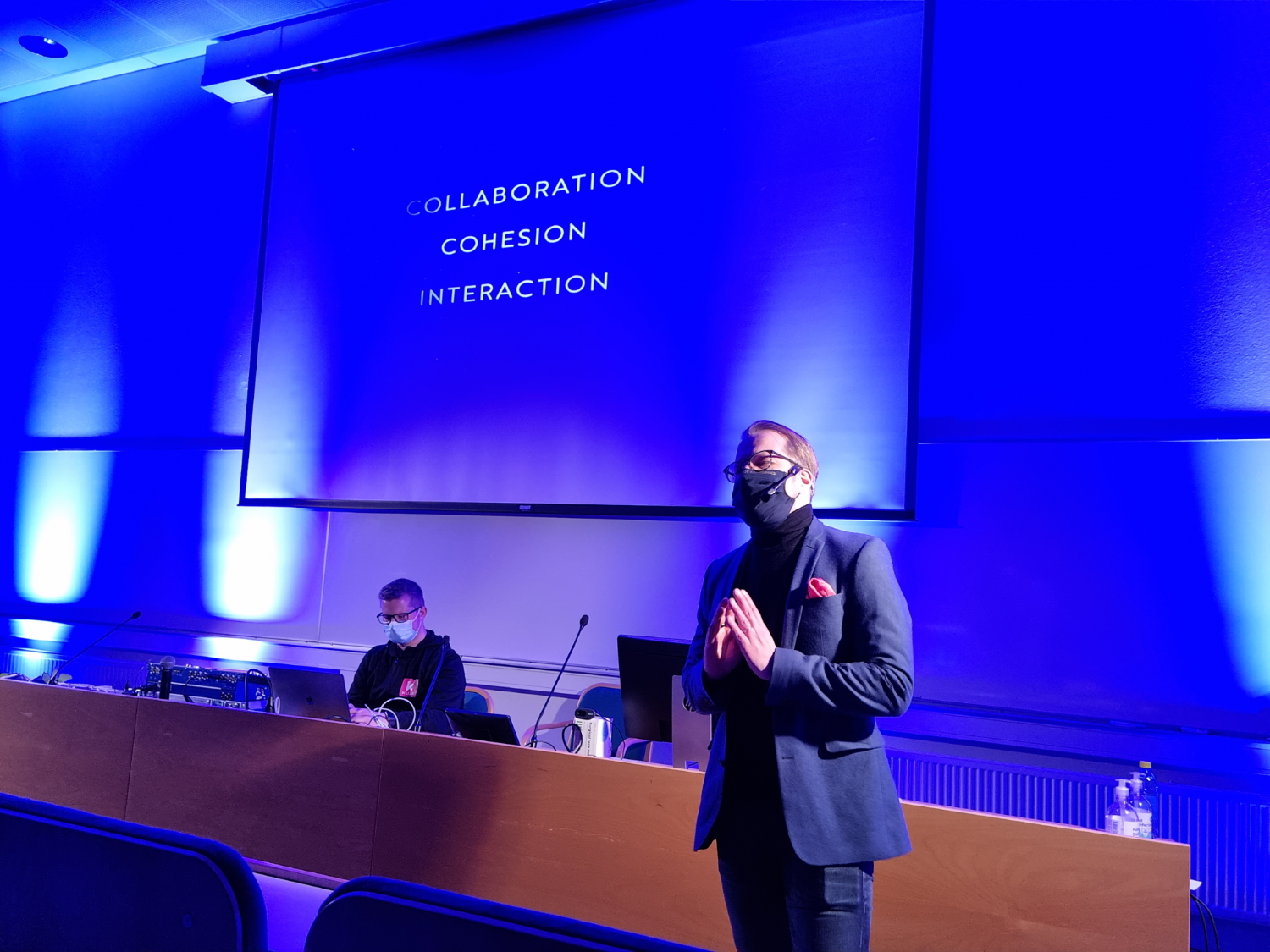 On Friday 3rd December 2021 as part of TSE Development Day, Centre for Collaborative Research CCR had an opportunity to end the 10th-anniversary year in front of the great TSE staff and colleagues. The highlight was rewarding three TSE colleagues from the perspective of impact and societal interaction which is also the overarching goal for the CCR.

Since the establishment of CCR back in 2011, the unit’s role has focused on research collaboration between industry and academia. With the accumulated experience three key award categories were chosen to highlight the attributes that are valued in such a transdisciplinary role.

For the awards CCR integrated a gala called Oscars Without Pyrotechnics within the development day program. As the concept’s mastermind put it:

'We felt that the tasks related to societal interaction need to be highlighted, and we ended up having our very brief Oscar gala to bring a brief moment of fun for our colleagues. It’s also important that the activities and good examples on engaging different stakeholders are made visible for the whole community', comments Development manager Eeli Saarinen.

This time, based on CCR staff analysis on the past 10 year activities within the school and its external stakeholders the following TSE colleagues were awarded:

Congratulations to all the awardees for their inspiring work to support TSE as a Great Place to Think Ahead!